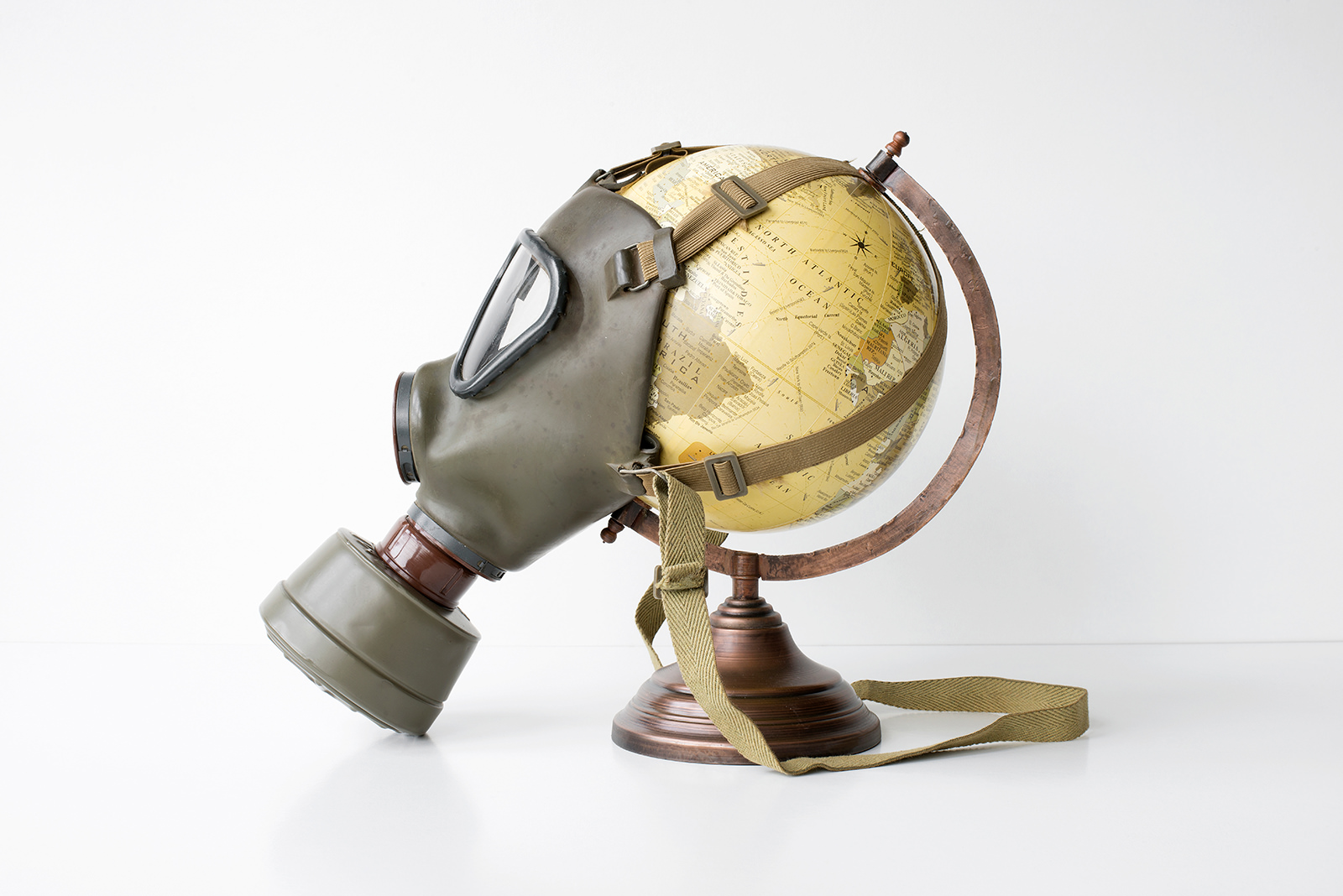 Spanish photographer García de Marina is an emerging star in the art world. His ingenious works first became known in social networks in 2010, and got their first offline exhibition in 2011. Since then the photographer has had several personal exhibitions and taken part in numerous collective shows and art fairs in Asia, Africa, USA, and around Europe.

To create his stills, García de Marina doesn’t use any digital manipulation. His unique visions reveal themselves in simplistic, clean and often humorous compositions. The artists rethinks the identity of an object and finds a perfect balance and angle to create laconic and provoking photographs.

García de Marina is also a researcher; photography for him is a way to understand and reform patterns of thinking and creativity. He encourages viewers to discover new and hidden meanings in the most mundane objects. To make his message clear and complex, he puts a lot of attention into minimizing details.

In our interview, we talk about his unique photography style, his creative process, and the impact he’s hoping to make through his images. 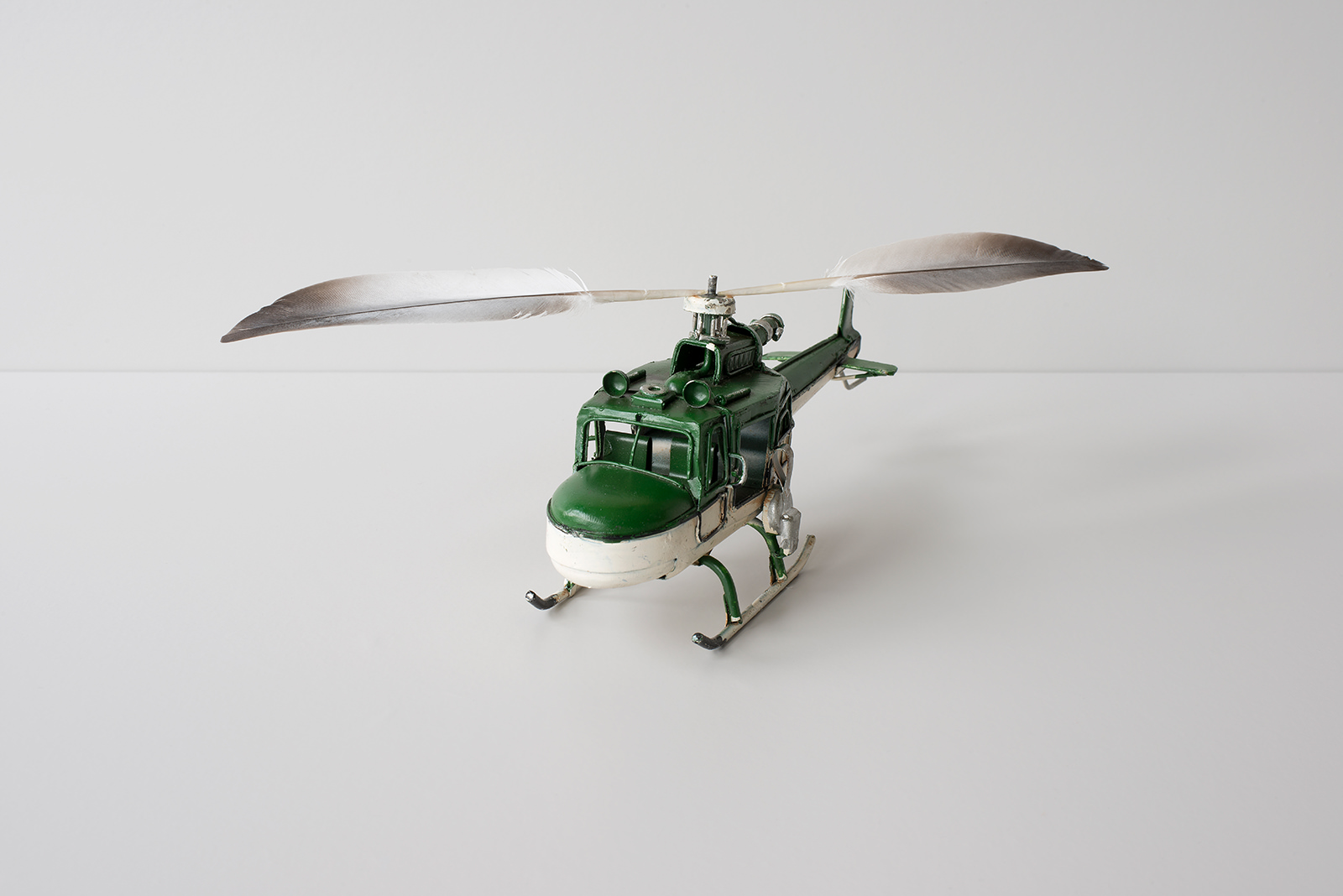 How would you define your style?

My works have been referred to as a visual poetry, conceptual photography, photography of the imagination. I don’t know if there is a denomination that encompasses all these styles and I’m not looking for a definition. I experiment and play with different elements and don’t want to leave any of it out, so I don’t t want to pigeonhole it with a specific name.

Images have long been a necessity for me. Not for the mere fact of creating, but for a need to capture my thoughts and ideas, and the ability to demonstrate those ideas through photography. I want to think that my work evolves towards a more surrealist than conceptual point of view. 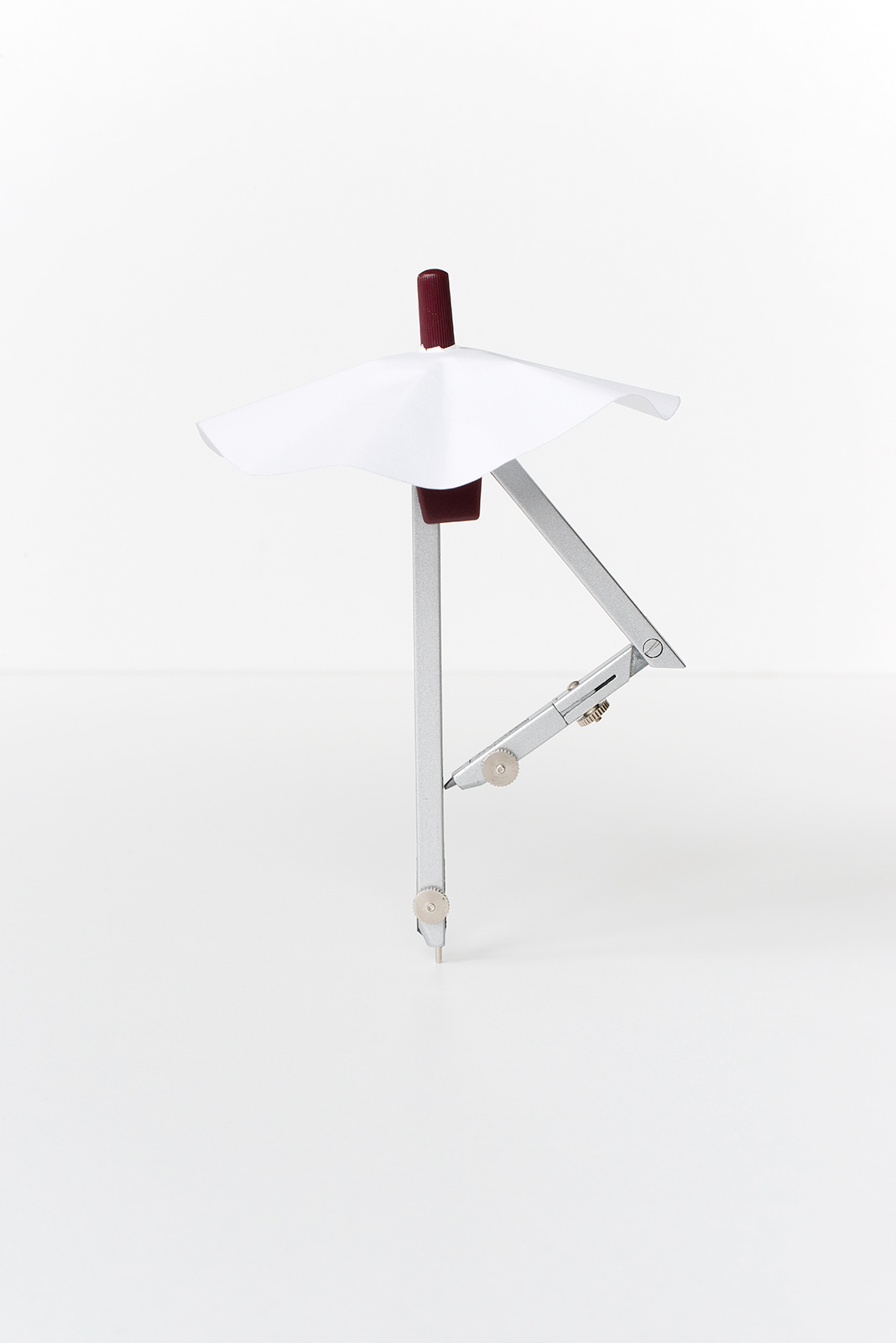 When did you begin to consider yourself a photographer and an artist?

I don’t know if there was a specific moment. At some point, images stopped being just humorous games and started telling stories. I realized that the relationship with the viewer was stronger, that the viewer was beginning to reflect, and I think that coincided with when I started working in the art world.

What artists inspire you the most and have an influence on your photography?

Kevin Van Aelst, a New York Times illustrator. I admire his determinant sense of humor and the use of color.

Photographer Nancy Fouts, who notably contributed to the development of a surrealist language.

Joan Brossa, whose works are full of irony, surprise and irreverence. Using small elements, he took their state of communication to the highest levels. I have learned from him the use of implicit codes within the compositions. In my last individual exhibition his works and my images were joined in a museum in Spain.

And, Chema Madoz, a Spanish photographer, from which I’ve learned the essence of extreme minimalistic presentation, as well as the use of rhetorical figures in the compositions. 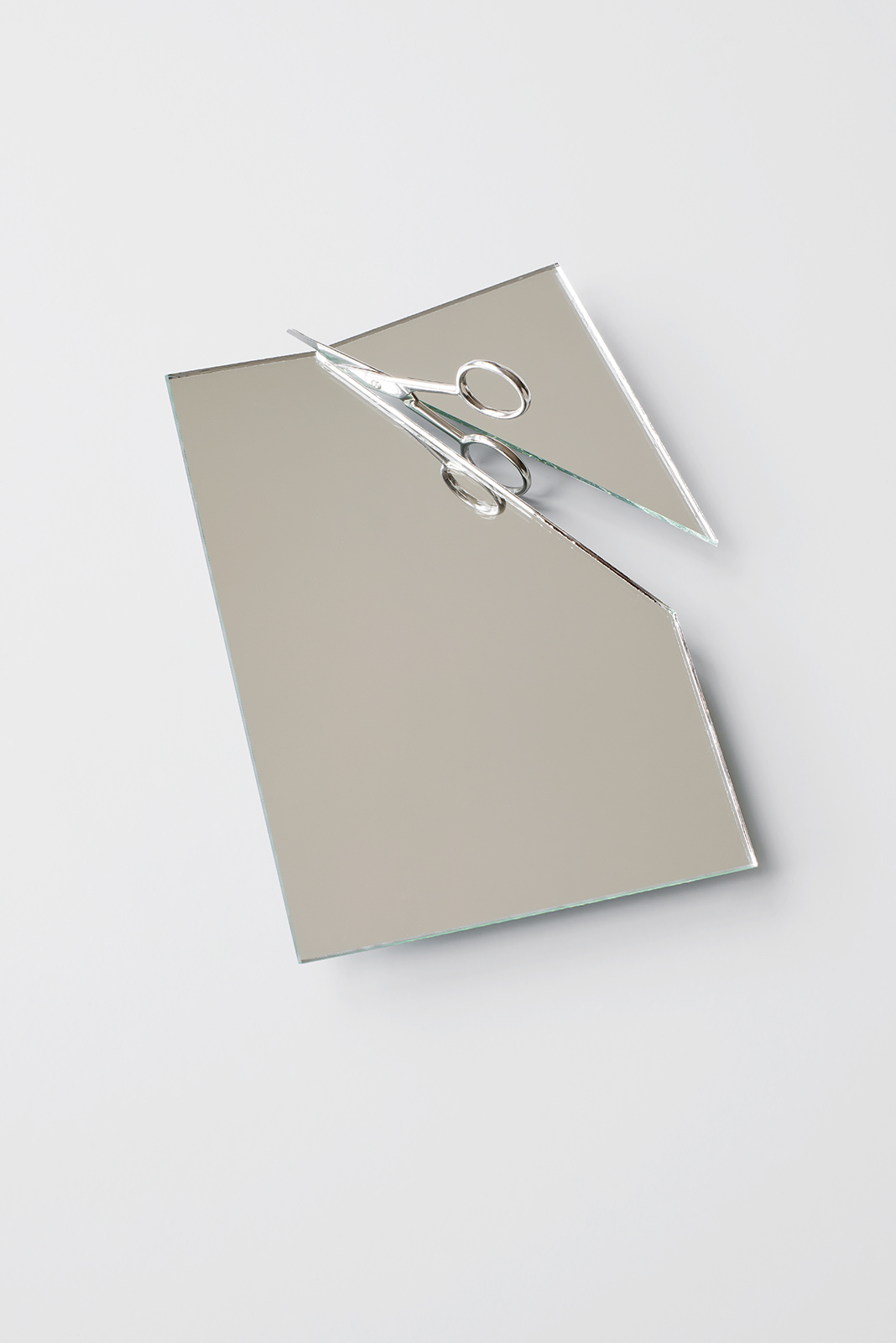 Do you have any particular habits that are a part of your creative process?

Over time, I have realized that the generation of ideas is driven by curiosity and observation. I feel a great commitment for what I do and how I do it, and that keeps me moving forward. I’m very strict, rigorous and demanding.

The ideas can come from anywhere – a conversation, a movie, a song, some object that someone has accidentally left in a certain way, by chance. But the initial idea is rarely a final idea; it’s like a rough diamond that needs to be polished. Eventually, that idea will become a concept that will be carried out by looking for the appropriate object to make it a reality.

Sometimes, the process is not very clear. Maybe I have an object and I need to find a solution, a concept. Other times, maybe I have the final concept in mind, but I need an object to carry it out.

I don’t usually do a series with one particular object, but it depends on my mood. It’s important to know that any unnecessary element in the photograph can distract the attention of the viewer. The object appears naked and in all its essence, so it is very important that the image is clean.

In my first images I was only concerned about generating material and not about how the concept would be achieved. For some time now, I have studied psychology and neuroscience to learn more about and understand the brain, how we create and the states where we are more creative. All this has helped me to pinpoint the moments where I am more creative and more predisposed to create. Thanks to this, I began to develop more complex dialogues, which are not so evident in the images. 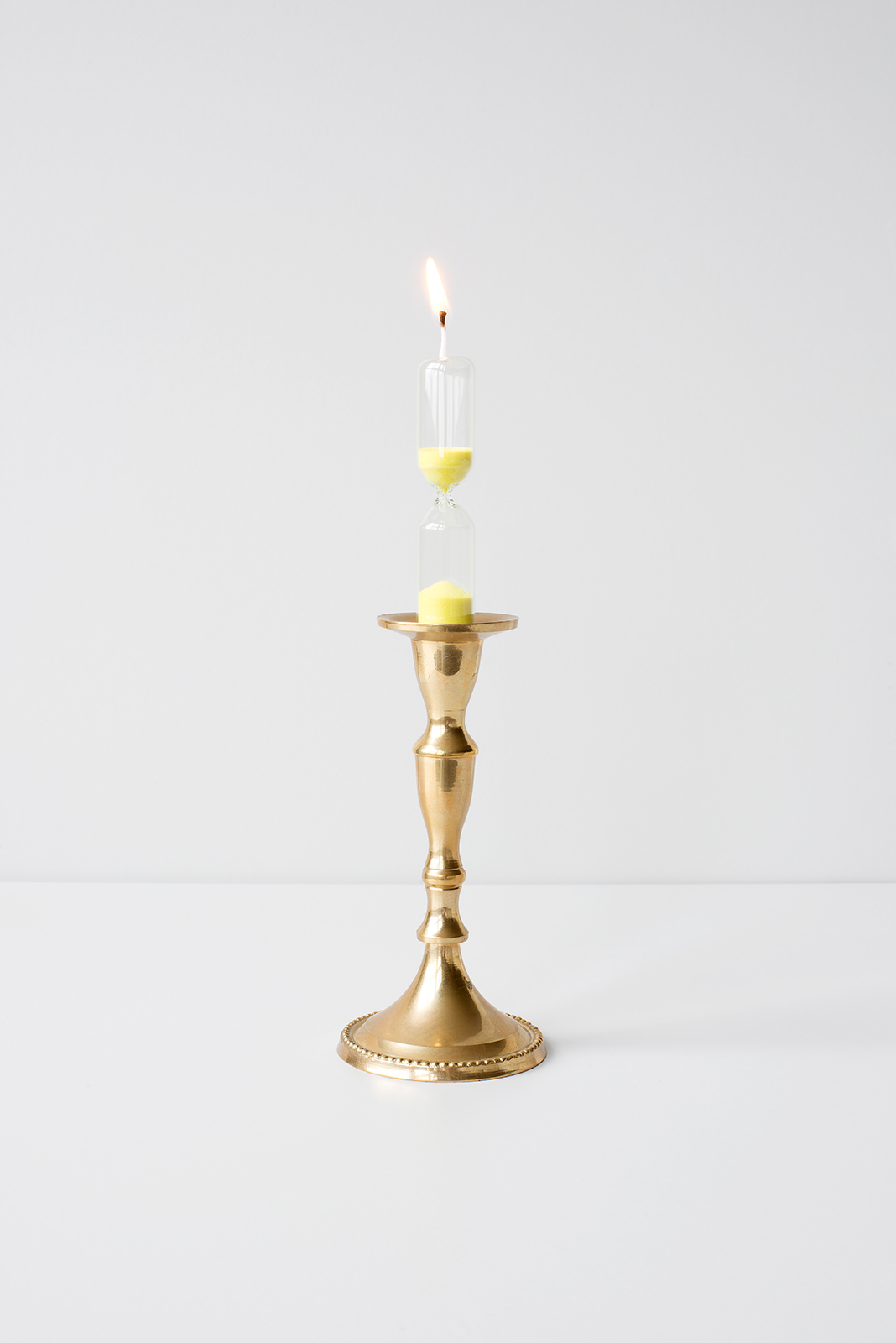 If I can’t find a solution with an object, I leave it and turn to other elements or concepts. It will come in its own time.

What’s the one quote that always fires you up?

“Imagination is the beginning of creation. You imagine what you desire, you will what you imagine and at last you create what you will.”

The basis of my photography is imagination and to find a point of union between objects that are very different from each other.

What book would you recommend any creative person read?

Your Creative Brain by Dr. Shelley Carson. It talks about creativity in a very pleasant way.

Do you have a favorite photo that you’ve taken?

Yes, there’s a photograph of an eggshell with footsteps of a chick that is very special to me. It was my first conceptual photograph. 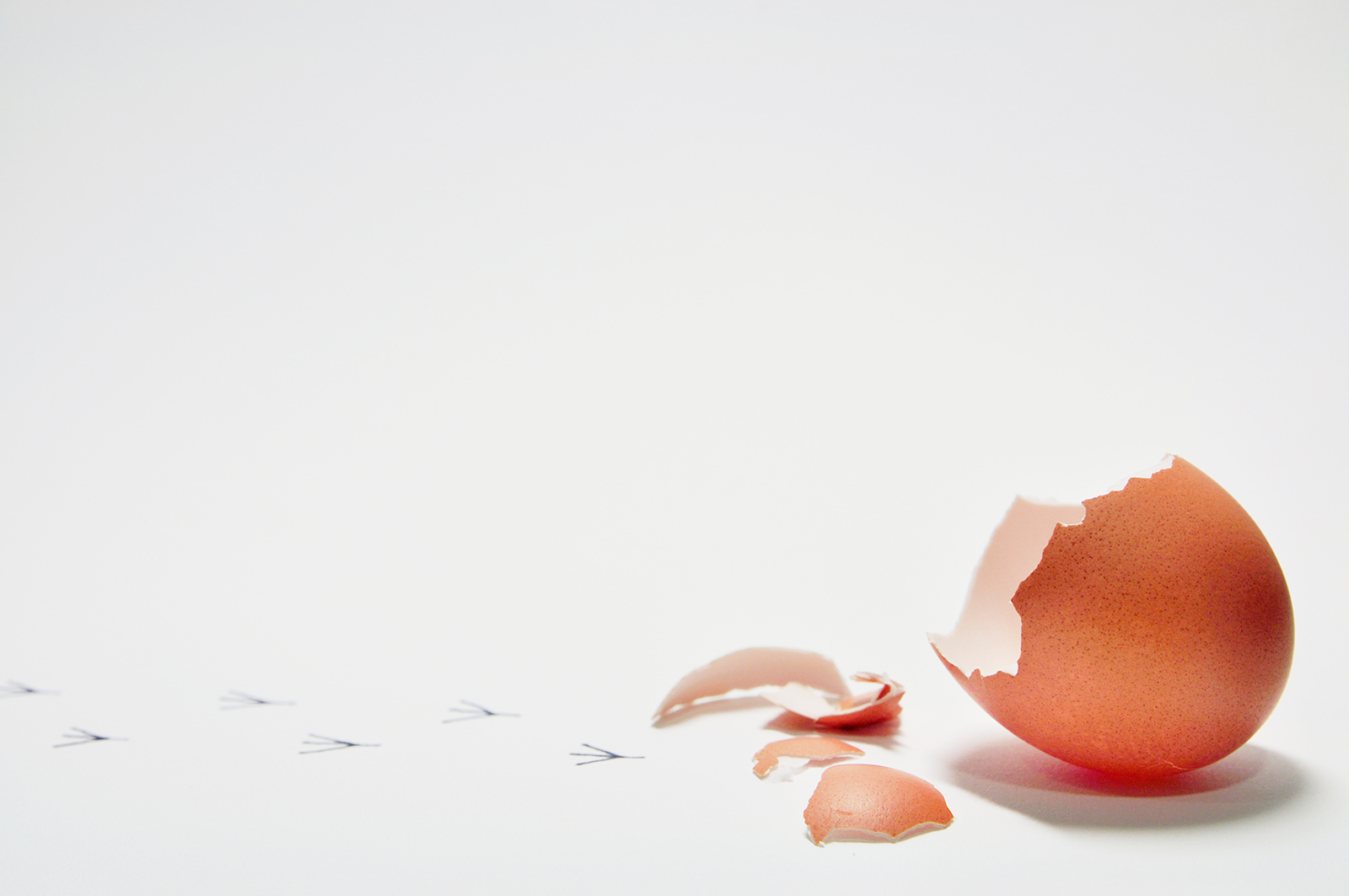 I remember once, in a photography forum, they proposed a contest where the theme was conceptual photography. At that time I didn’t know what that meant, but I searched the internet and read something like, “transmitting the most messages with the least elements.” I remember that my wife that day was making an omelet and I saw one of the eggs split, so I thought I would photograph it by drawing the footsteps of a chick. I took this photo in 2012 and from that moment on I continued using objects as expression elements.

What impact do you hope to make with your work?

Photographs are a necessity and, in some cases, a challenge until you achieve the vision you see in your mind. On first viewing, I want to convey a surprising message, which already occurs in itself by decontextualizing the object of its habitual environment. Then, there will be one or several messages hidden in the image that the viewer will find.

Experience tells me that the interpretations or reinterpretations that the viewer makes depends on their age, their cultural background and the experiences they have lived. Some of the situations I have had in my life are represented in some of my images. Occasionally my work takes a more social, denouncing approach. For example, my latest project, entitled Innocents, addresses the violation of human rights using chess pieces. The purpose of my photographs is for the viewer to reflect. 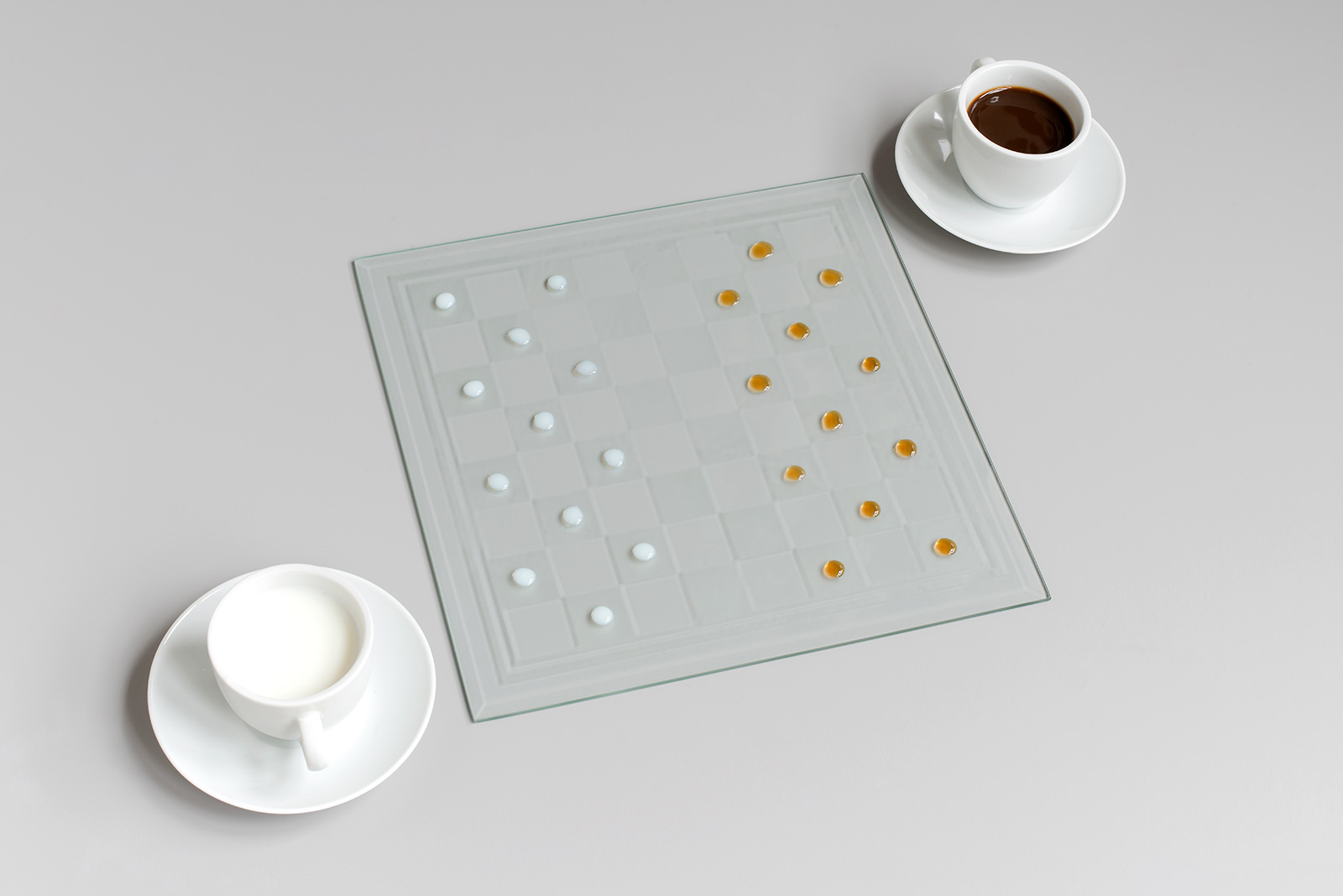 I’m always developing new concepts. I work with five art galleries around the world – Canada, United Kingdom, Australia, Taiwan and South Africa – and I am constantly sending them work, whether its for exhibitions or clients.

In September, the art gallery NoonPowel Fine Art in London will take me to some exhibitions and art fairs in the United Kingdom, and I’ll soon be participating in some photography festivals.

García de Marina has been busy showing his work and remains deep in the creative process, but he is also eager to share his knowledge and experience. He designed his own workshop program for photographers and visual artists, where no equipment is needed, only your imagination. You can follow him on Instagram and Facebook and keep up with his latest work on the website.