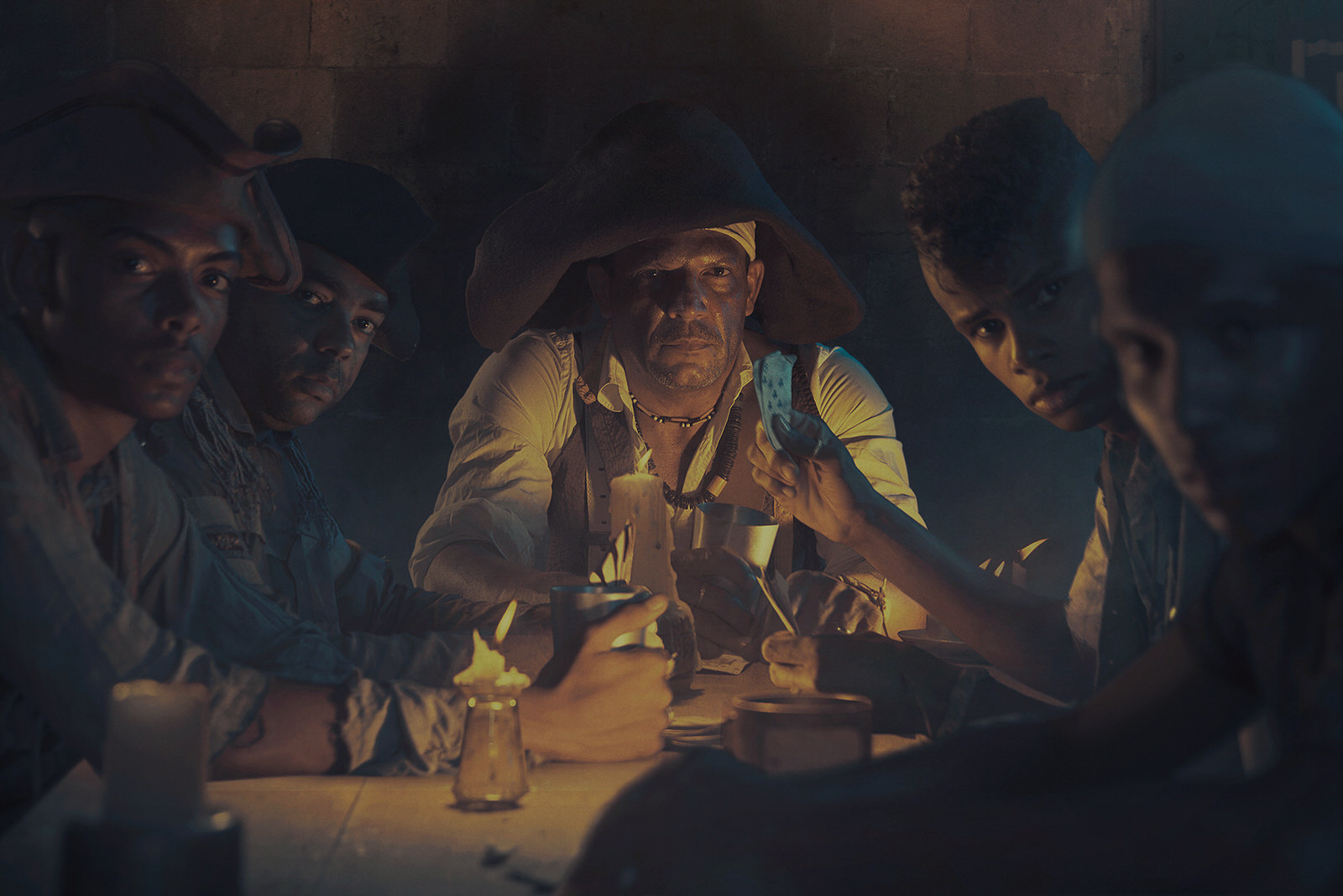 Samuka Marinho creates comic books. I mean, really creates them – from coming up with the concept, to photographing, retouching, drawing, writing the script, modeling for his own shoots, and producing.

The self-taught photographer, who hails from Brazil, first started out as an art director in advertising agencies. In an effort to improve and expand his work, Samuka turned to illustrations and photo retouching. Then came photography and authoring. The “perfect alchemy” as he calls it, gives him the complete freedom of vision and control he desires to master his techniques, rather than limit them.

Samuka is the photographer, retoucher, illustrator, author, and producer behind “The Corsairs Project”, a tribute to the Golden Age of Piracy, which is composed of over 400 images. The project focuses on the English-hired privateer fleets, The Corsairs, in the early 18th century. It is the perfect blend of historical facts, imagined events, and incredibly detailed reimaginings of pirates and life during the era.

In our interview, Samuka talks more about the project, his process, and the importance of being completely self-sufficient. 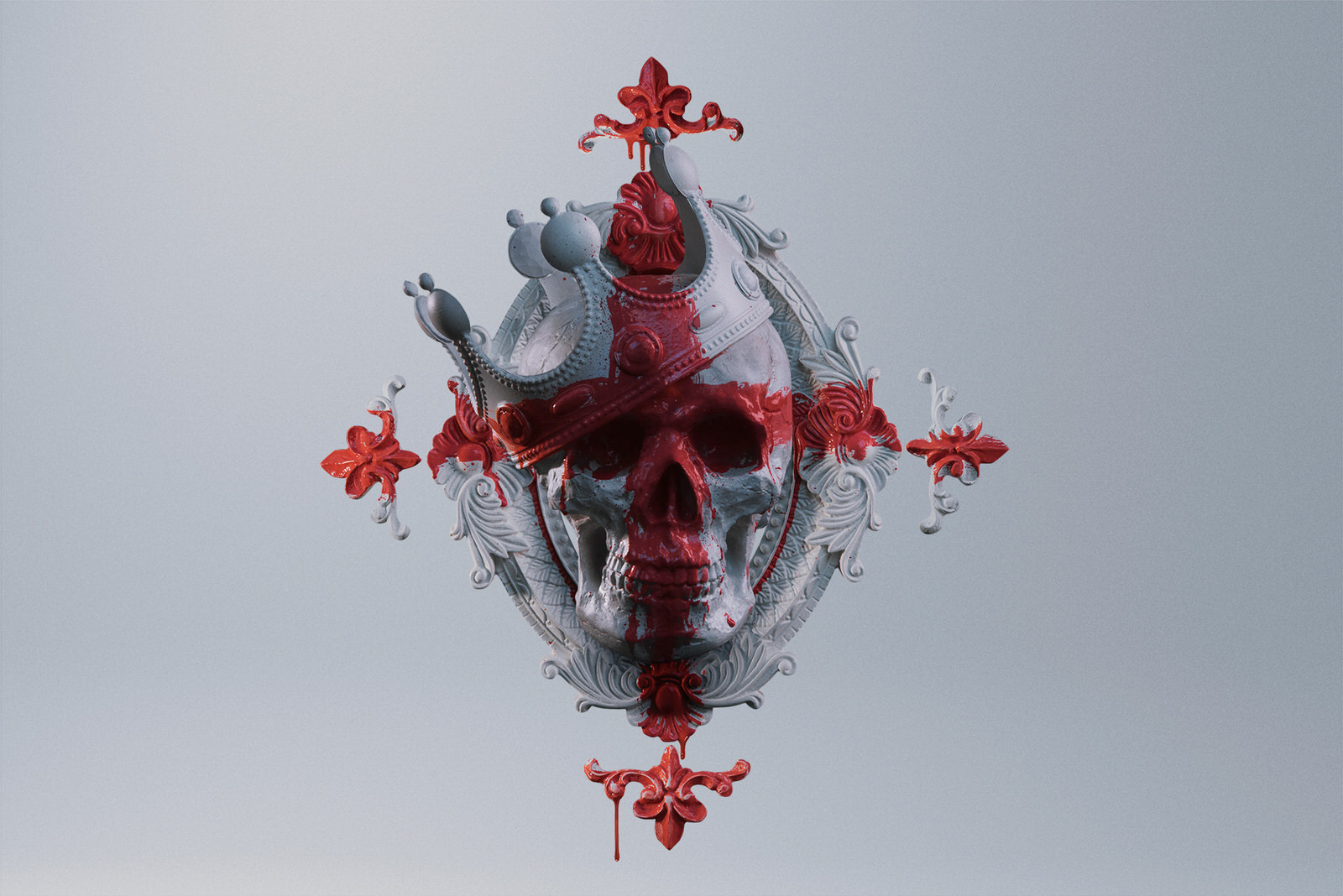 How did you start “The Corsairs Project”?

I worked as a retoucher for other photographers for a long time. It was during that time that I realized I didn’t want to work only with customer requests, and I wanted to be able to make assemblies with images without lights and without correct image perspectives, so I decided to shoot to have greater creative and technical freedom. I fell in love with illumination.

Studying the camera and the lights, I created “The Corsairs Project” narrative photography project and turned it into a comic book. It was my first photographic essay and was a way to study and get to know my camera.

The initial idea was to produce an essay with a simple costume and background for a short session with my girlfriend over the weekend. In the end, it took 26 months and there were more than 400 scenes. I created and built my own set in my home. It was as if I had been living on a ship for two years. I also drew and sewed more than 50 costumes – that took three months. And, I was an extra in most of the scenes.

I work with retouching and I follow the work of many photographers and illustrators. But now, I’m starting to be the author of everything, including the script and all the fonts used in the comic book design. I needed to be complete and self-sufficient. 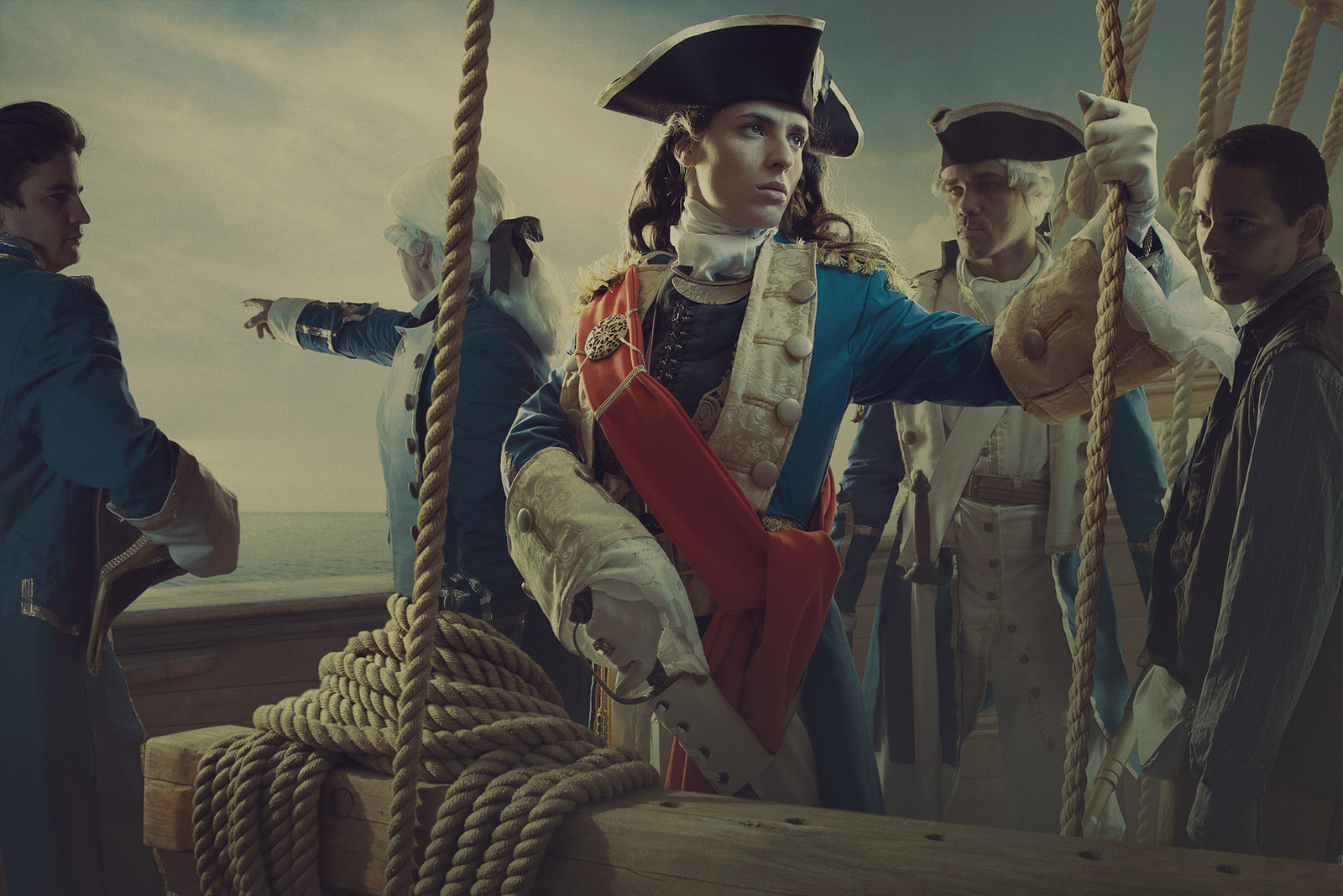 What artists do you most admire? And how has their work influenced your own?

Inspiration isn’t something static; it changes every moment. Every day, I’ll discover new artists who might be added to my huge list. I love the Baroque painters, like Caravaggio and Rembrandt, and their natural lights, but it was the freedom of the fantastic universe of Frank Frazetta and Alex Ross that influenced my composition, color and lighting.

I could mention some digital illustrators like Marko Djurdjevic, Ryan Meinerding and Andy Park.

In photography, I have many influences and inspirations, like Erik Almas, Rico Torres, Tim Tadder, Jill Greenberg, Dean Bradshaw, and Ale Burset. And, who has never been charmed by David Hill‘s compositions?

Digital artists like Mike Campau and Carioca, and groups like Lightfarm and Platinum FMD deserve a constant look to know what they are doing. 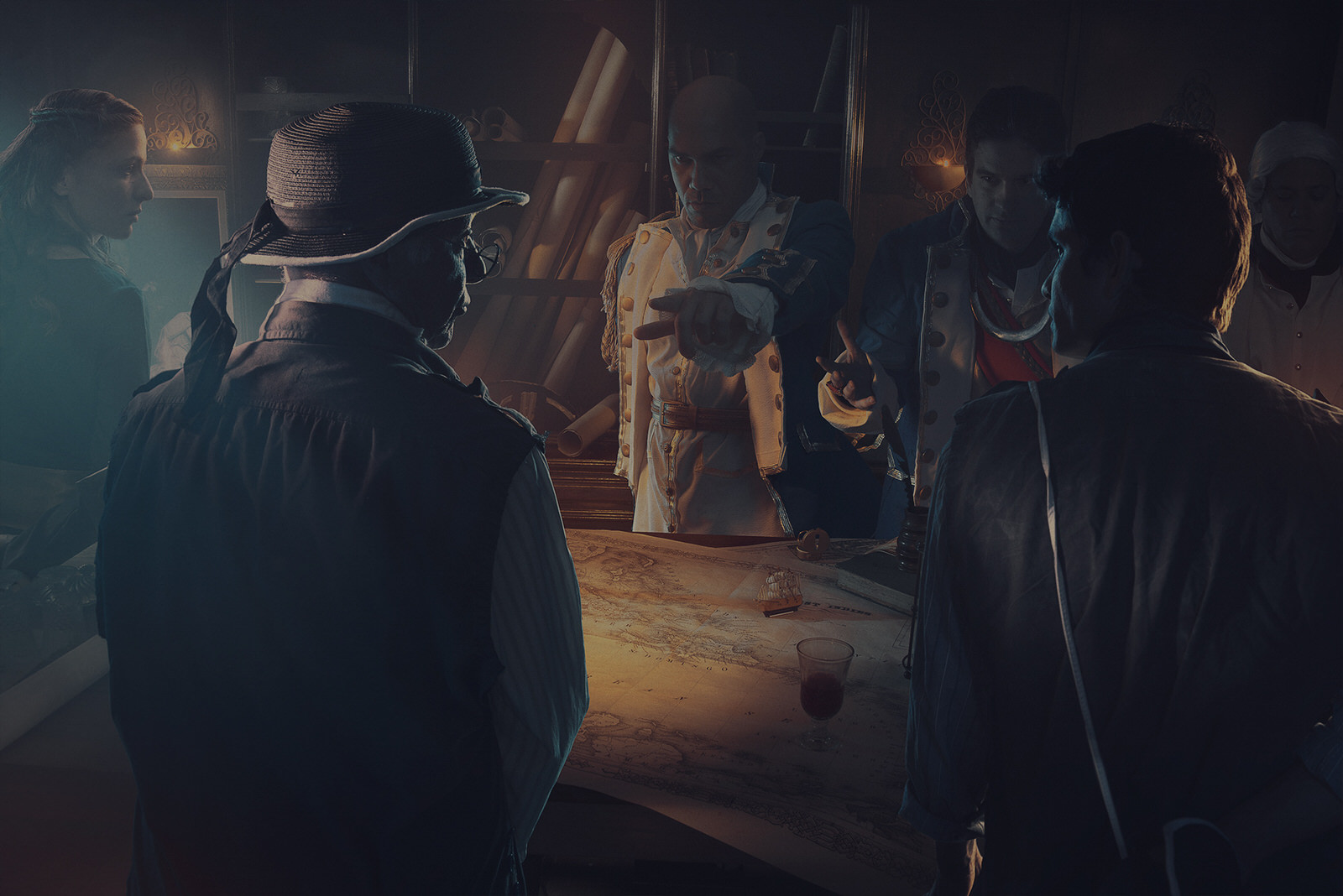 Do you have any particular habits that are a part of your creative process?

Finding references is the first step and then comes planning. I believe that a photograph may well start like a drawing. During the shooting process, I imagine that the front of the camera has a black screen to be painted. I apply the lights as if they were paints. In post-production, the first thing I do is convert the image to black and white. If it works in monochrome mode, it is because the image is good. The idea is only to observe the contrast between black and white, so I use the desaturation layer for a quick view. 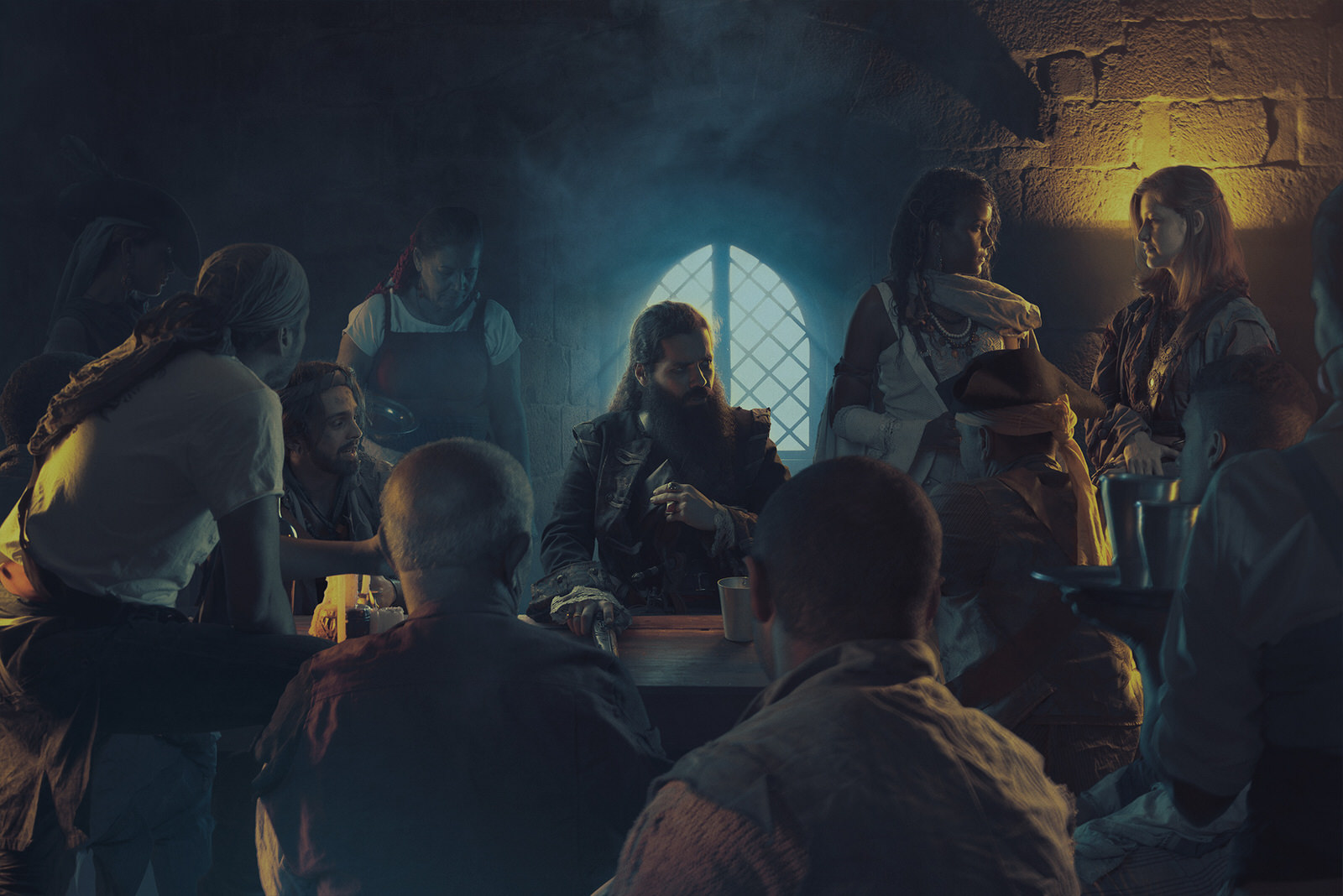 What do you do when you hit a wall? How do you deal with a creative block?

When the first step is to imagine the final photo, the beginning and the middle of the process become easier. My main technique is to experiment and usually during this process, I have to go back often to change and fix things.

I also believe in chance. We must learn to observe the environment and take advantage of the moments that are presented to us. Like when the model is resting in an interesting position, when the makeup artist’s arm makes an interesting shadow on a model’s face, or when you erase or add a layer in the edit that changes everything.

In commissioned work there are some barriers, deadlines and a list of requests. It’s very different from the work of my own authorship, where I can show my technical and creative potential. So I do everything in my own time – create the rules, approve, modify them, and in the end, I have my best or worst. By knowing how to distinguish which is the best or worst, it’s possible to apply that learning in future projects. 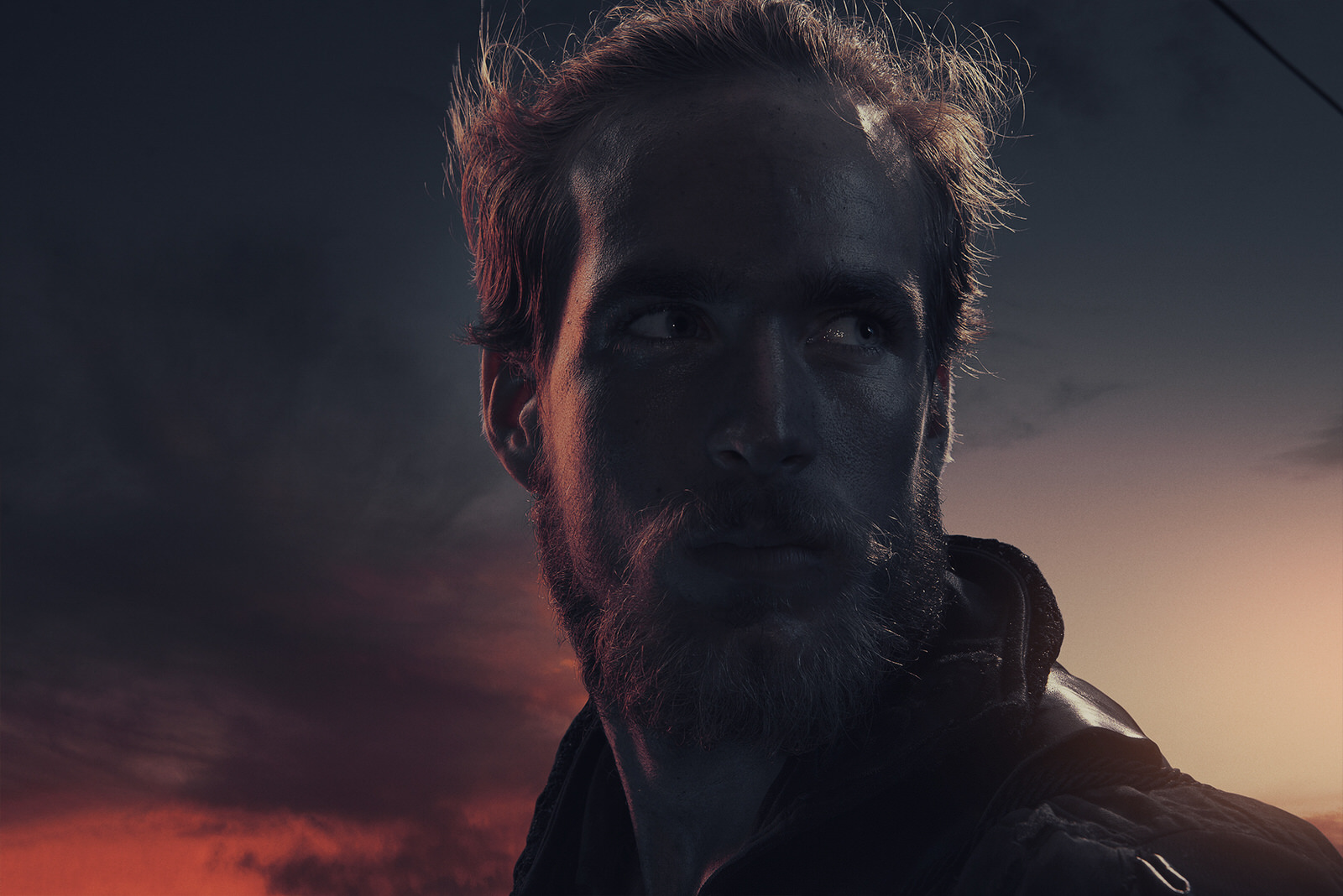 Do you have a mantra or quote that always fires you up?

DIY and produce! It’s in personal projects that our work really shines, and we stop being the extension of the clients.

What book would you recommend to other artists?

Before you read any technical books you have to study books on art, painting, 3D images, comics, cinema, portfolios. First, I need to know what to do and only then learn how to do it. One of my favorites is “Caravaggio: The Artist and His Work.” 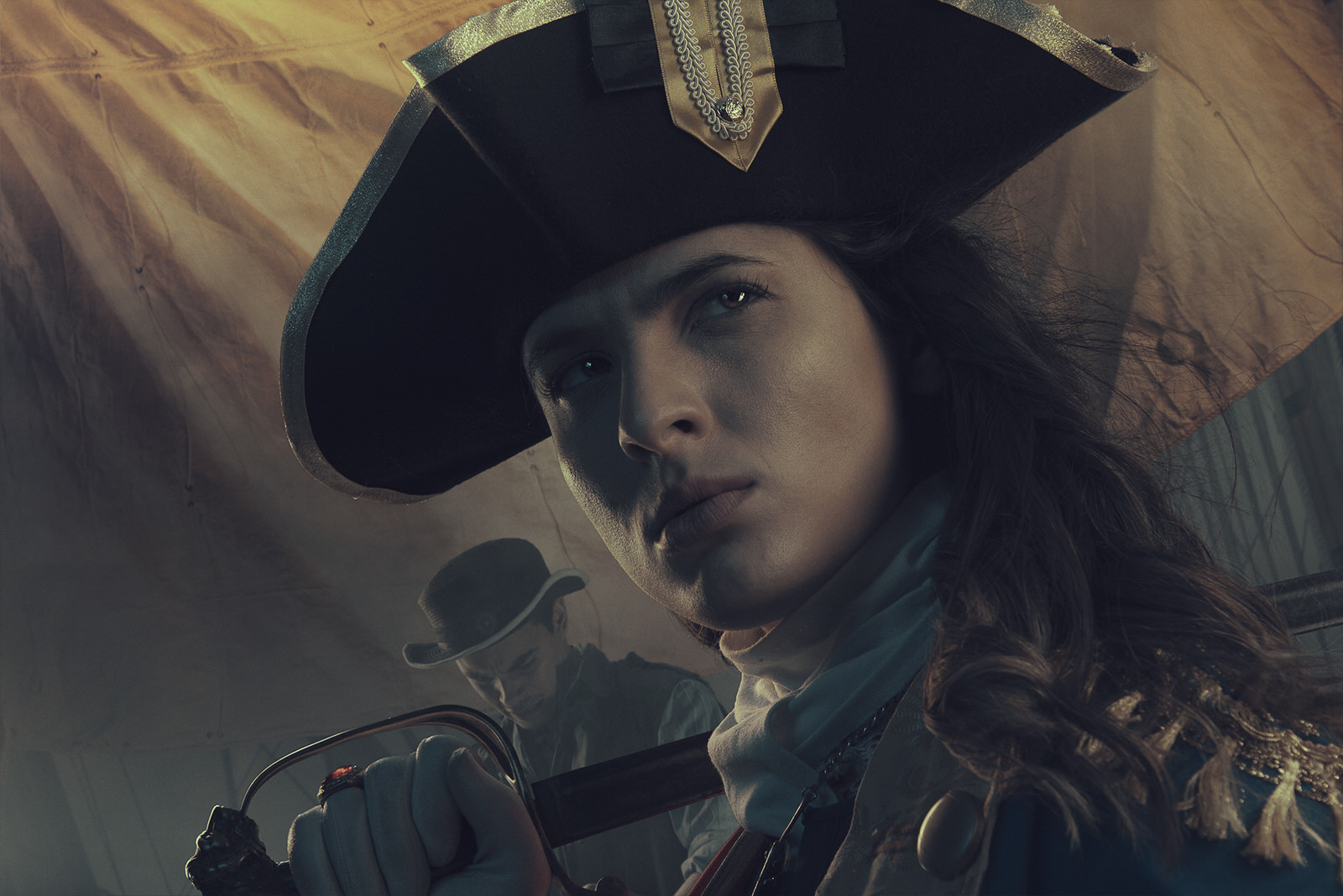 How has PHLEARN impacted your work? Has it helped you out in any specific way?

I spend a lot of time researching images and trying to discover how they were made. I always do this study with PHLEARN. Before watching a whole video on the platform, I will imagine the final images and create a flowchart in my mind; then I play the video and find out the right or alternate way to do it.

If you could capture your essence in a photo, what would be happening in it?

Alchemy. The alchemist mixes materials and performs many tests to try to achieve a perfect formula and, sometimes, he can discover several other useful and also very precious elements. To do things differently, to modify the order of steps, to take advantage of chance, and to create new methods is what really enriches. 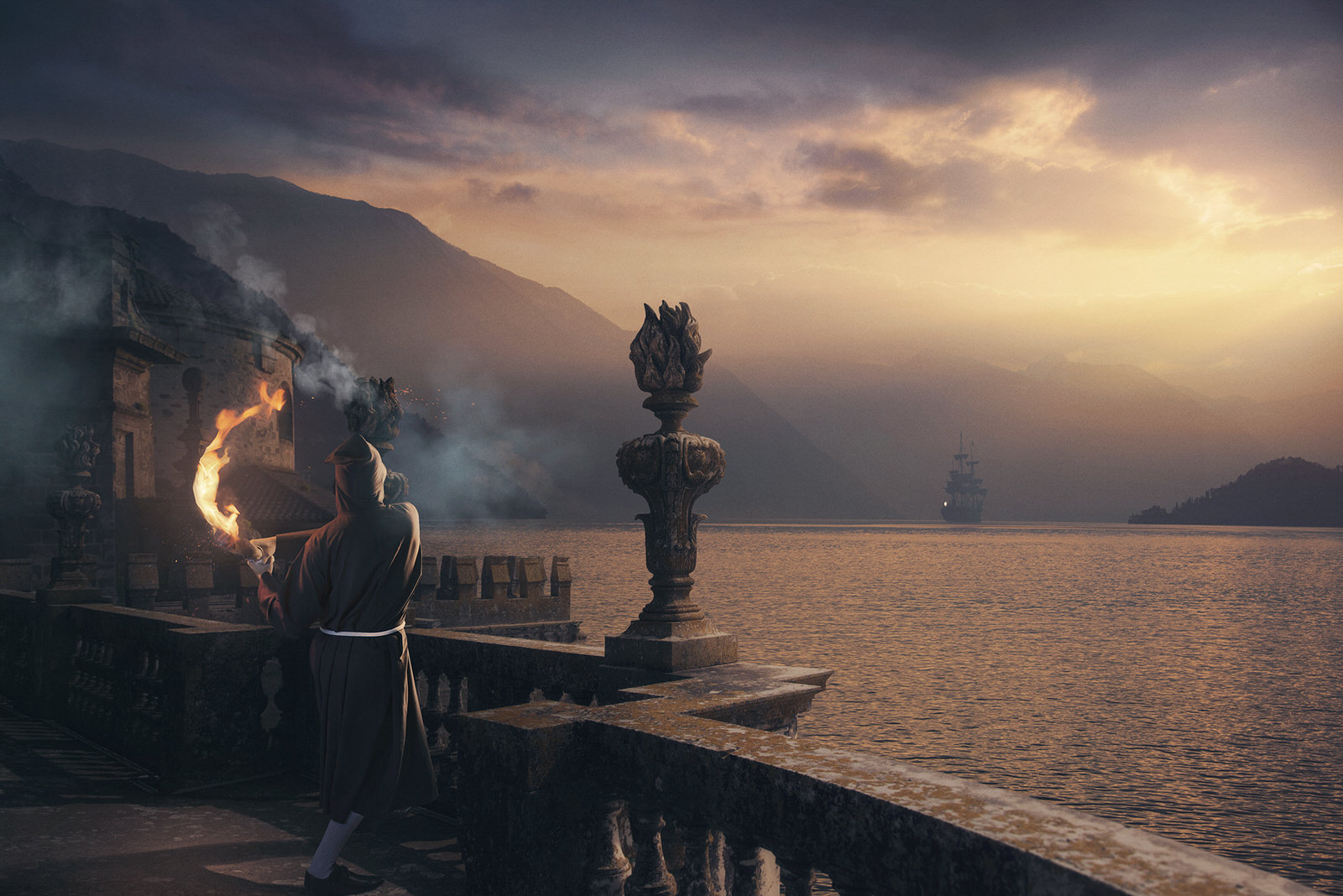 Besides “The Corsairs Project,” Samuka is in the process of creating nine other narratives. One of them already has a script and he’s beginning to draw the concepts and storyboard. To keep up with his latest projects, visit Samuka’s website or follow him on Instagram.