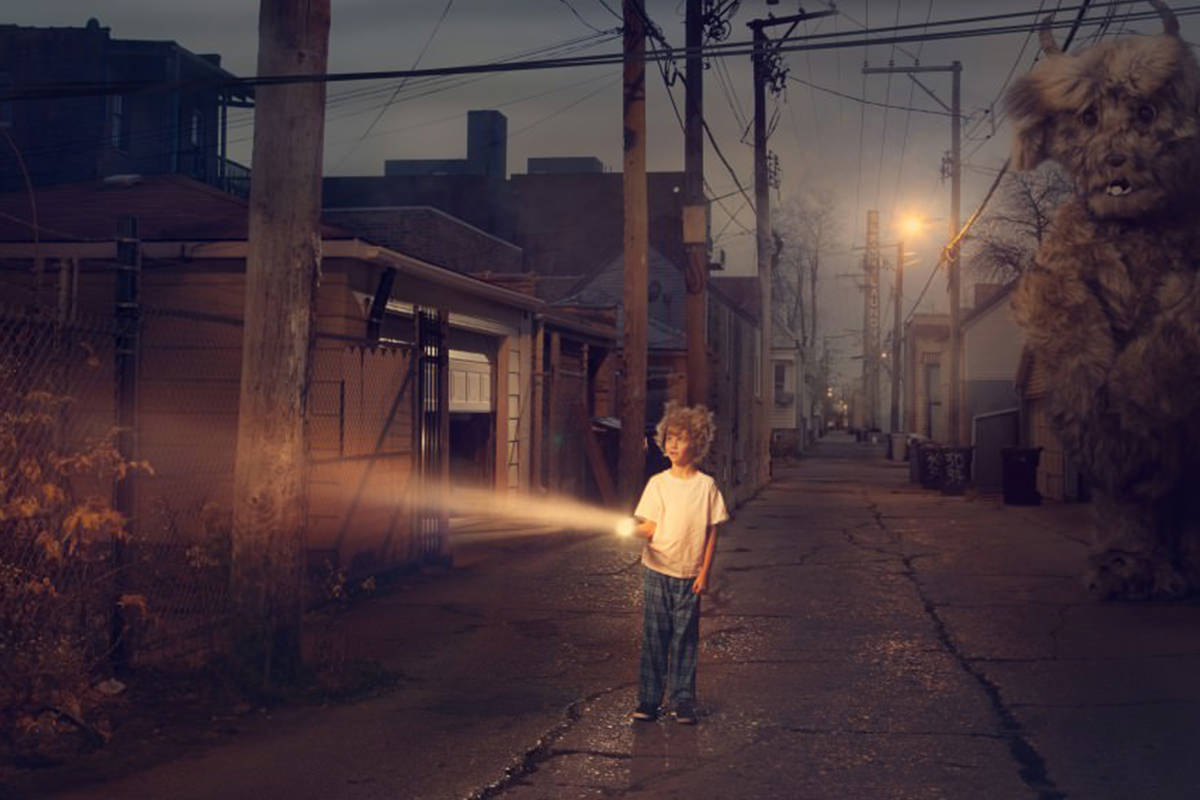 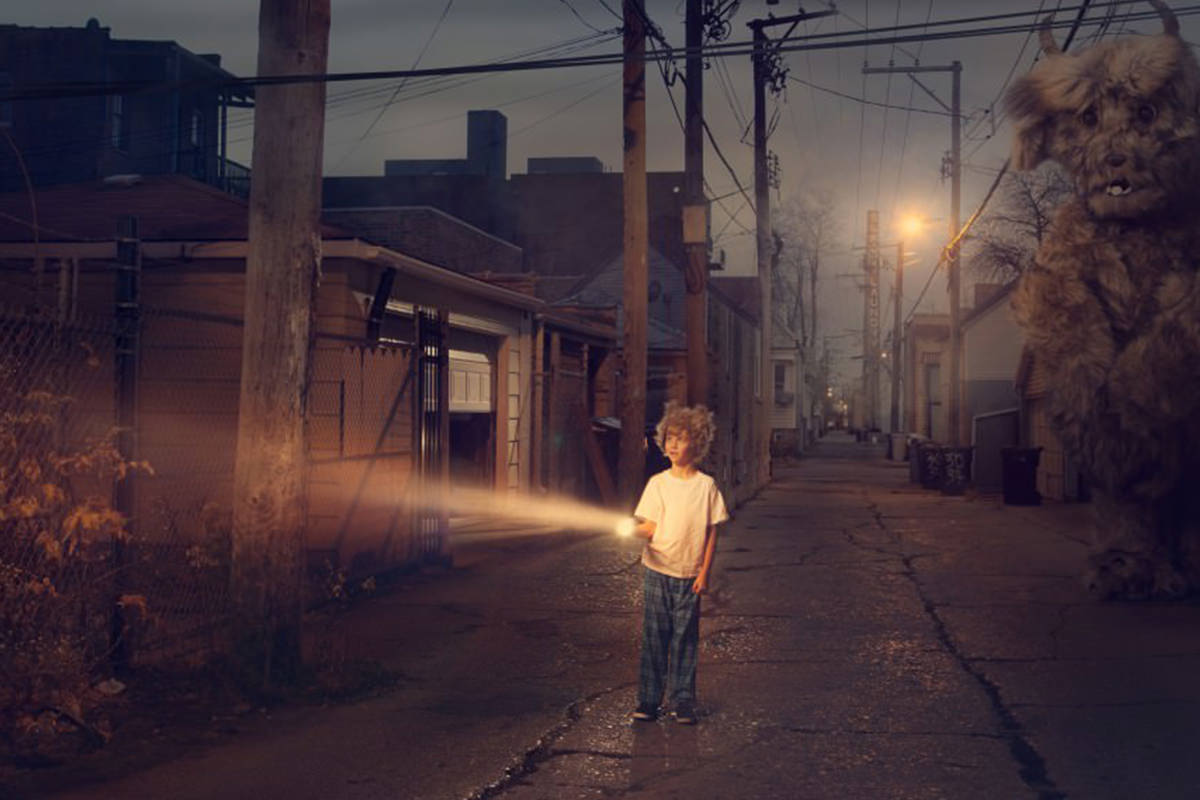 One of the largest challenges we had to overcome to bring this concept to completion was to design and build the main character. Being a photographer, this did not come entirely naturally to me, so I had to pay extra attention to my goals as a creator.

It was vey important that Bakster did not come across as scary. I knew a lot of these images would be dark, and I didn’t want it to look as though Bakster was hunting the boy or trying to hurt him. We focused on references for making him cute. Bakster comes complete with large eyes, big fluffy eye brows, a chipped tooth, short stubby legs, and a lagre belly. Even at 20ft tall, he looks like a fun loving guy.

Bakster is made similarly to you and me. He has a skeleton, muscles and Skin. His skeleton is comprised of thick 14 gauge wire that allows him to bend and stay in place, even his fingers and toes fully articulate. On top of the wire we used two different types of foam. Urethane foam was used in areas that required maximum flexibility such as fingers and toes. Gap filler foam was used for his torso and head where more rigidity was preferable.

His legs are constructed from thick cardboard tubing filled with sand to give them a bit of weight needed to keep Bakster standing up. Getting his balance right was one of the things that makes Bakster look real, he does stand on his own and can even hold a drink can in his hands.

The original idea for this photo series was inspired by my childhood, we also drew references from stories such as “Where the wild things are” by Maurice Sendak and “Calvin and Hobbes”.

Every child has a time in their life when they just want to escape. Every night when the young boy in our story falls asleep his best friend and stuffed animal Bakster comes to life and they go on adventures together. In this image they are playing hide and seek. Even though Bakster is 20 ft tall, he is pretty good at hide and seek and manages to fool the boy every time.

To bring that idea to life, I built the image in a way that would call immediate attention to the boy and lowering the Contrast on the rest of the image. The idea was just as the young boy has to look for Bakster in their game, you will have to look for him a little in this image. At very quick glance it is easy to miss him completely.

All of the images in the Bakster series are shot on location to give the series a very real look. For some of the poses Bakster was also shot in the studio and lighting from the on location shots was used as reference. The photos in the series happen near dusk and for this there is not much faking that can be done. Shooting at the right time of day is crucial. For this image that meant getting to location early and shooting for hours to achieve the perfect balance of Light. If you wait too late the Shadows become too deep and the sky turns black. Too early and you don’t get the correct Color Tones and soft Shadows.

This shot was lit with an 86″ parabolic reflector camera left gelled 1/4CTO to mimic the Light of a street lamp. We also used a strobe in a 9″ Long Throw reflector behind the subjects raised 20ft in the air with no gel to create a contrast of Light and to help separate the boy from his Background.

The post production done for this photo was a combination of subtle and very complex Compositing. For example the street that you see doesn’t exist, it is made of of two different streets facing opposite directions. Shooting multiple locations allows you to have more of a choice when creating your final image, and in this case allowed Bakster a place to hide (kind of).

Multiple Exposures were taken of both the sky and the ground that play up the lack of Contrast that happens at dusk. These were combined together and then a lot of work went into Coloring the image. The Shadow and Highlight tones are chosen independently and the Saturation of the image overall is painted from one area to another.

Bakster is composited into the image using our techniques of lighting and Coloring in addition to Clipping Masks. Even his Hair was selected out using a custom made Brush that replicates Bakster Hair.

Thanks to everyone who made this shoot possible, without you the world would have one less Bakster. Chris Todd, Amelia Fletcher, Neil Pili, Zach Spinner, Broderick Hague, Tristan Michael Coppola, Kim Coppola, Paul Michael Coppola.