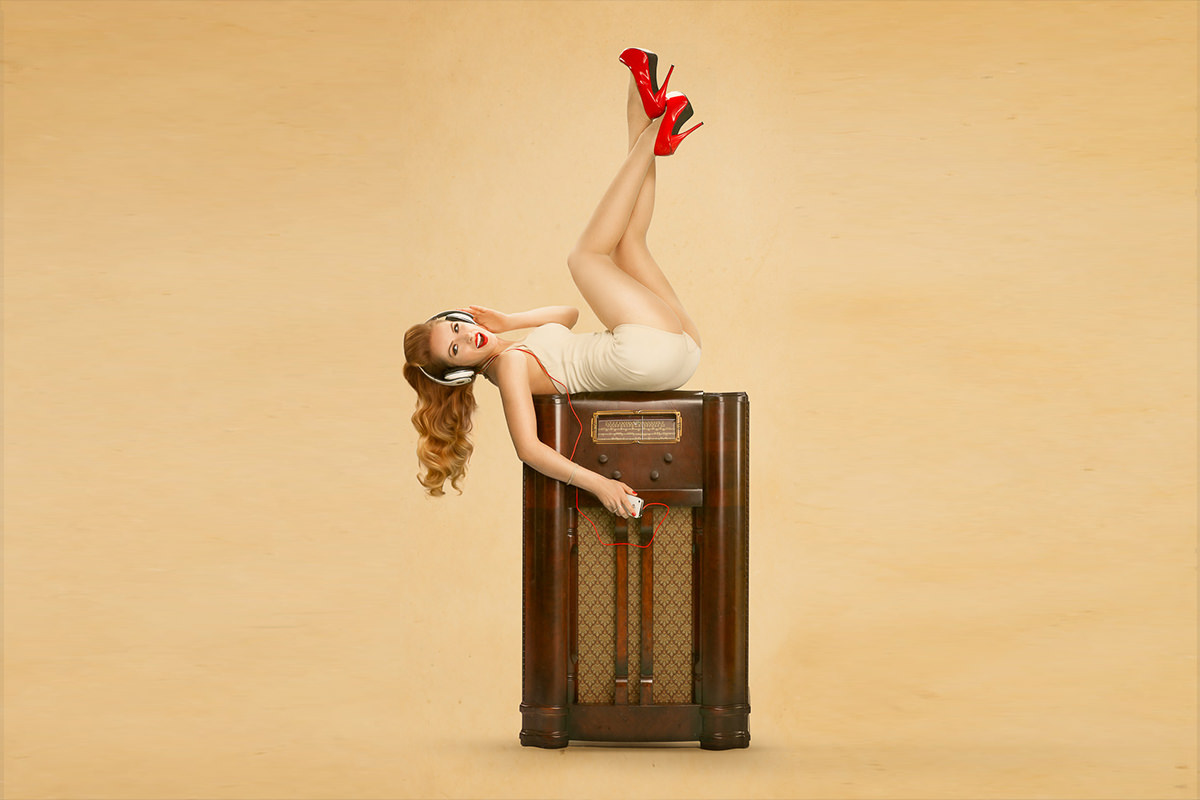 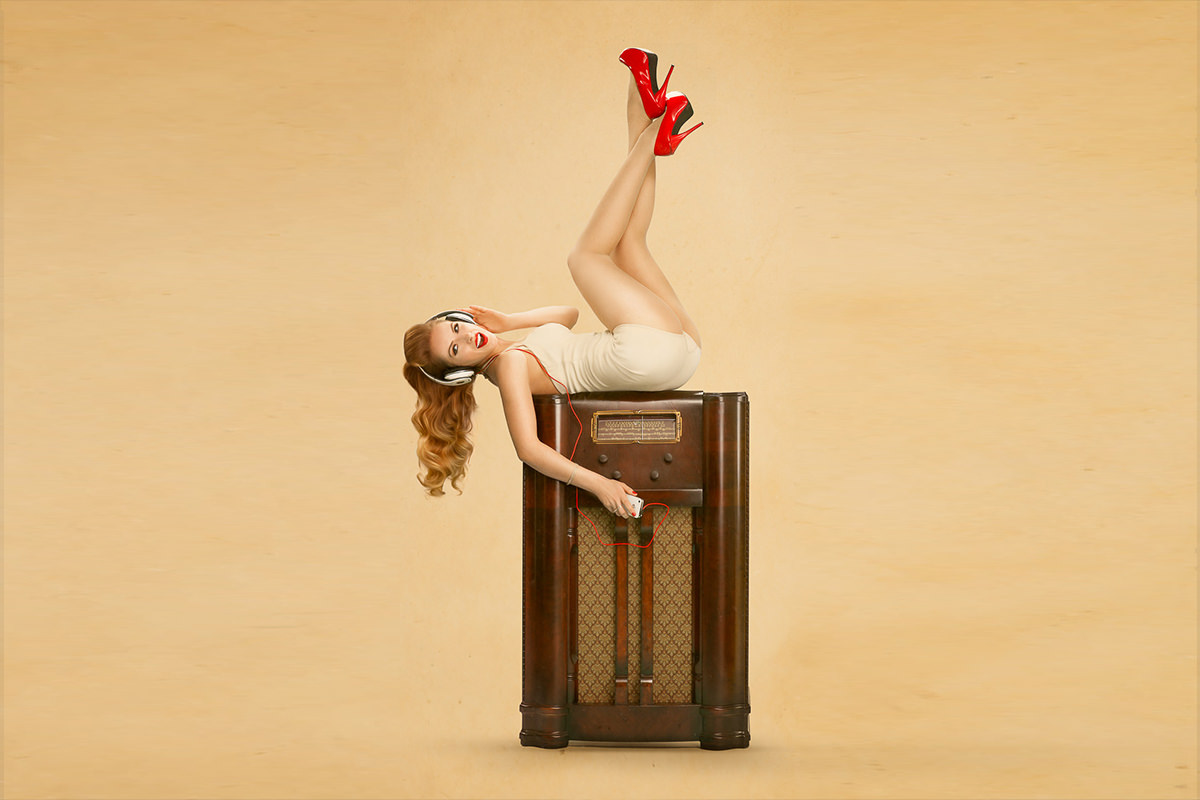 We’ve wanted to do a pinup shoot for a long time, but we also wanted to make it stand out from all of the other pinup photos out there by adding a concept to it. While looking through images of classic pinups, we realized that the technology from that era has all been rolled into one very small computer, the smartphone. This sparked the idea for a concept showing the contrast between then and now with some beautiful pinups.

It was important that our lighting was interesting, yet almost foolproof since the models would be moving around and changing poses quickly. This led us to use primarily large light sources that would create even lighting with no harsh shadows. 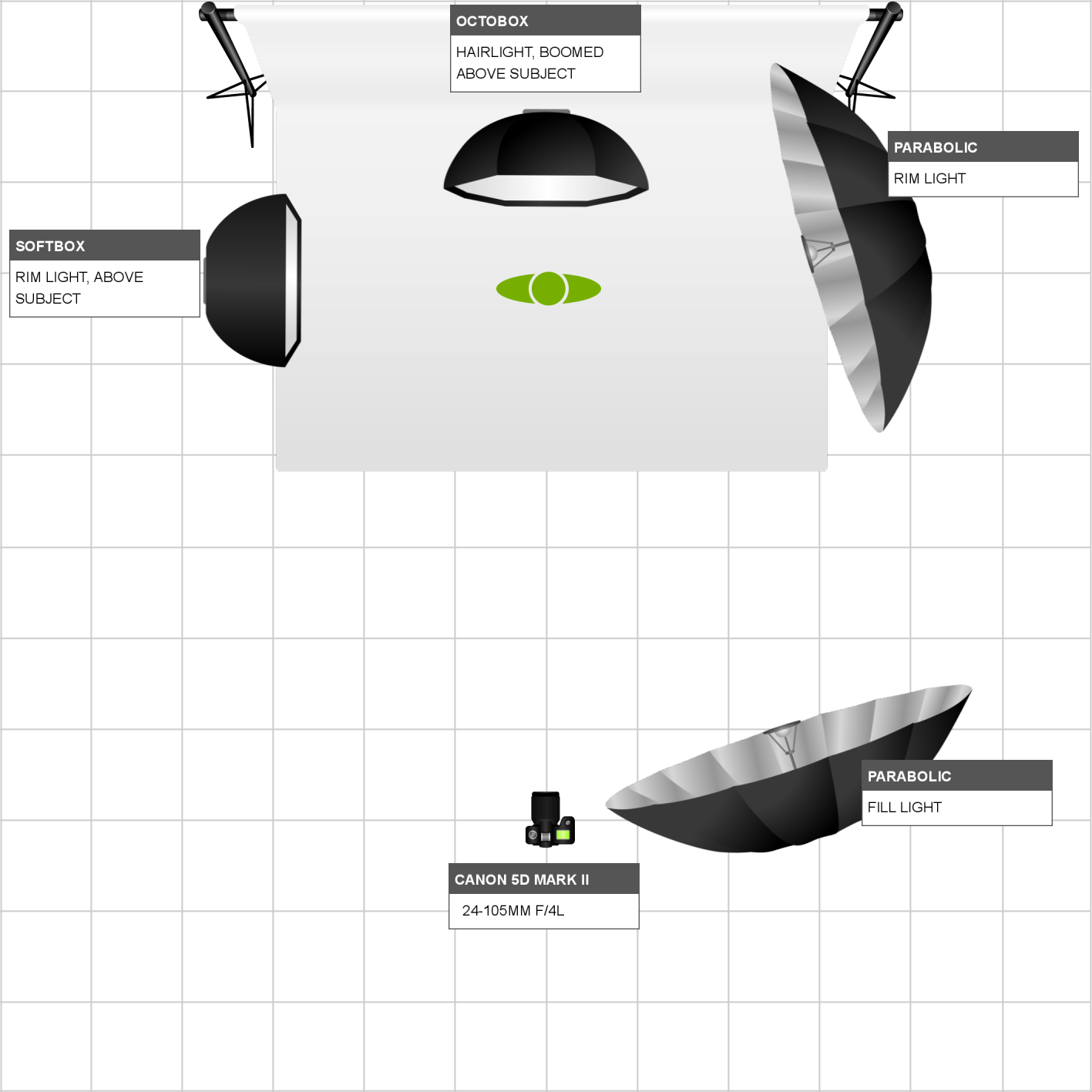 When editing a series, it’s extremely important to make sure the editing matches from photo to photo and really ties them together. Combining textures with dodging and burning was a huge part of making these photos appear old, yet new. Keep in mind a great makeup artists can make help match makeup styles from past generations. Not only have the colors and textures been processed in the same way, but the images have also been cropped with the same aspect ratio to have an old movie look. 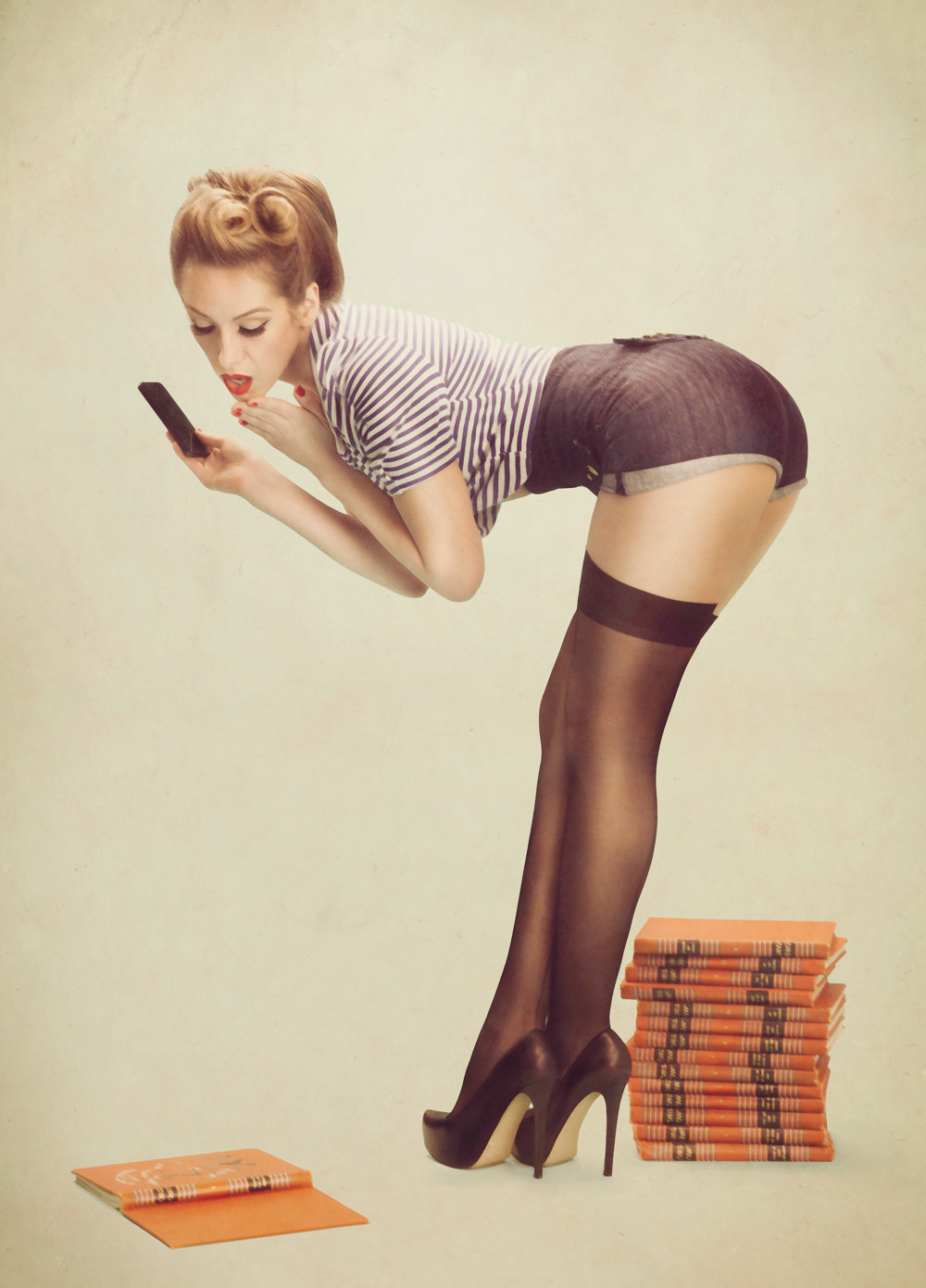 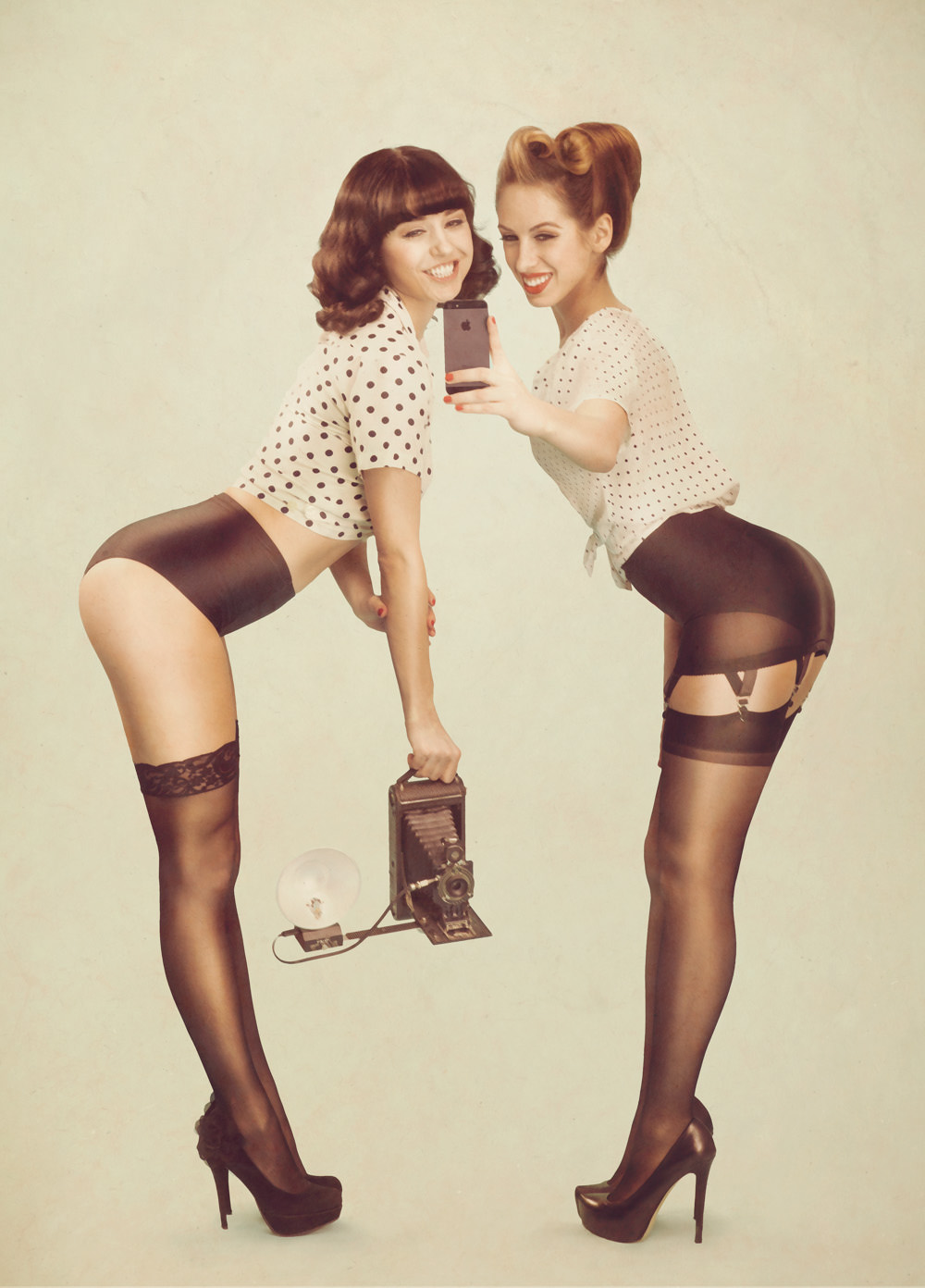 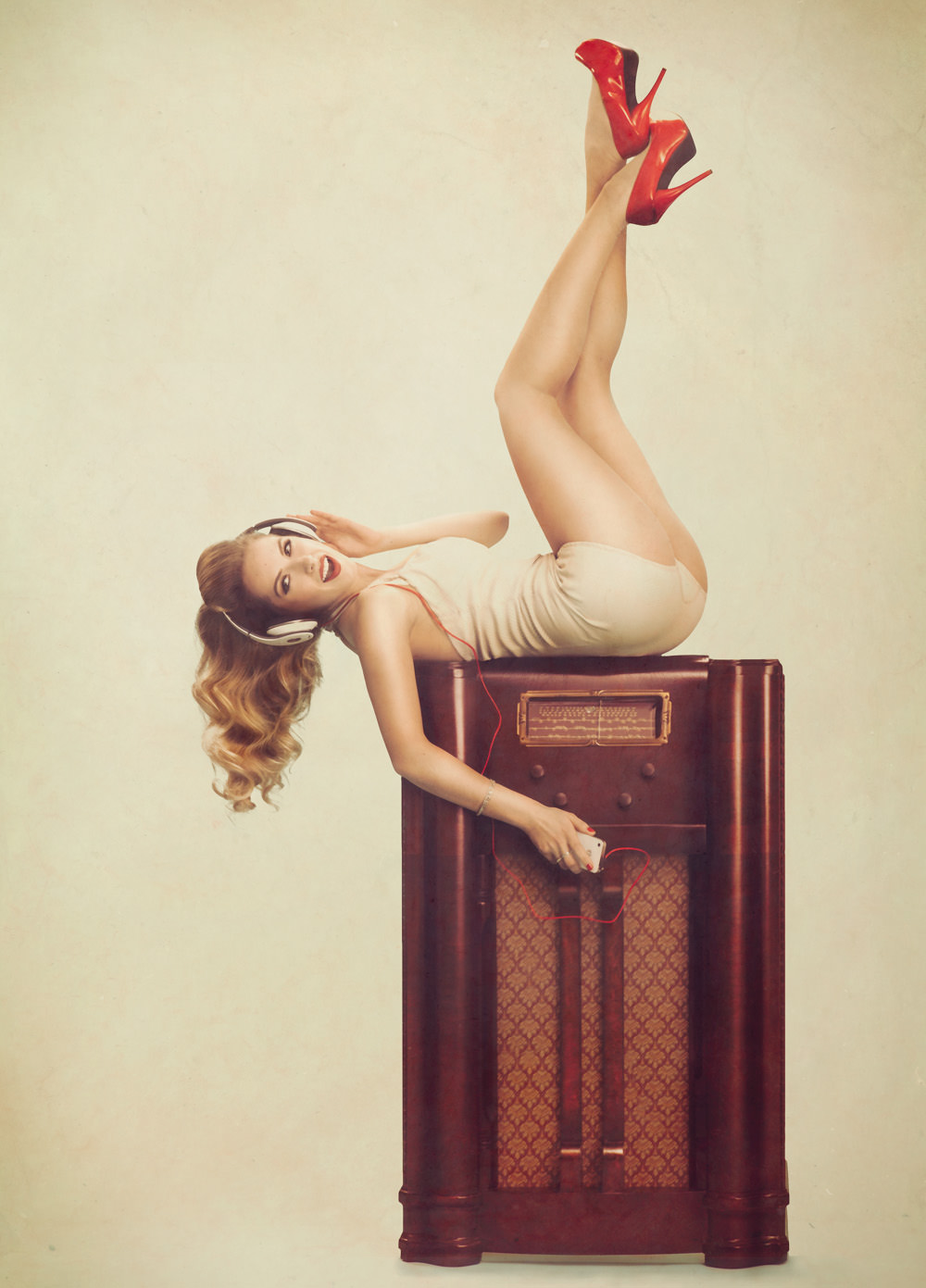 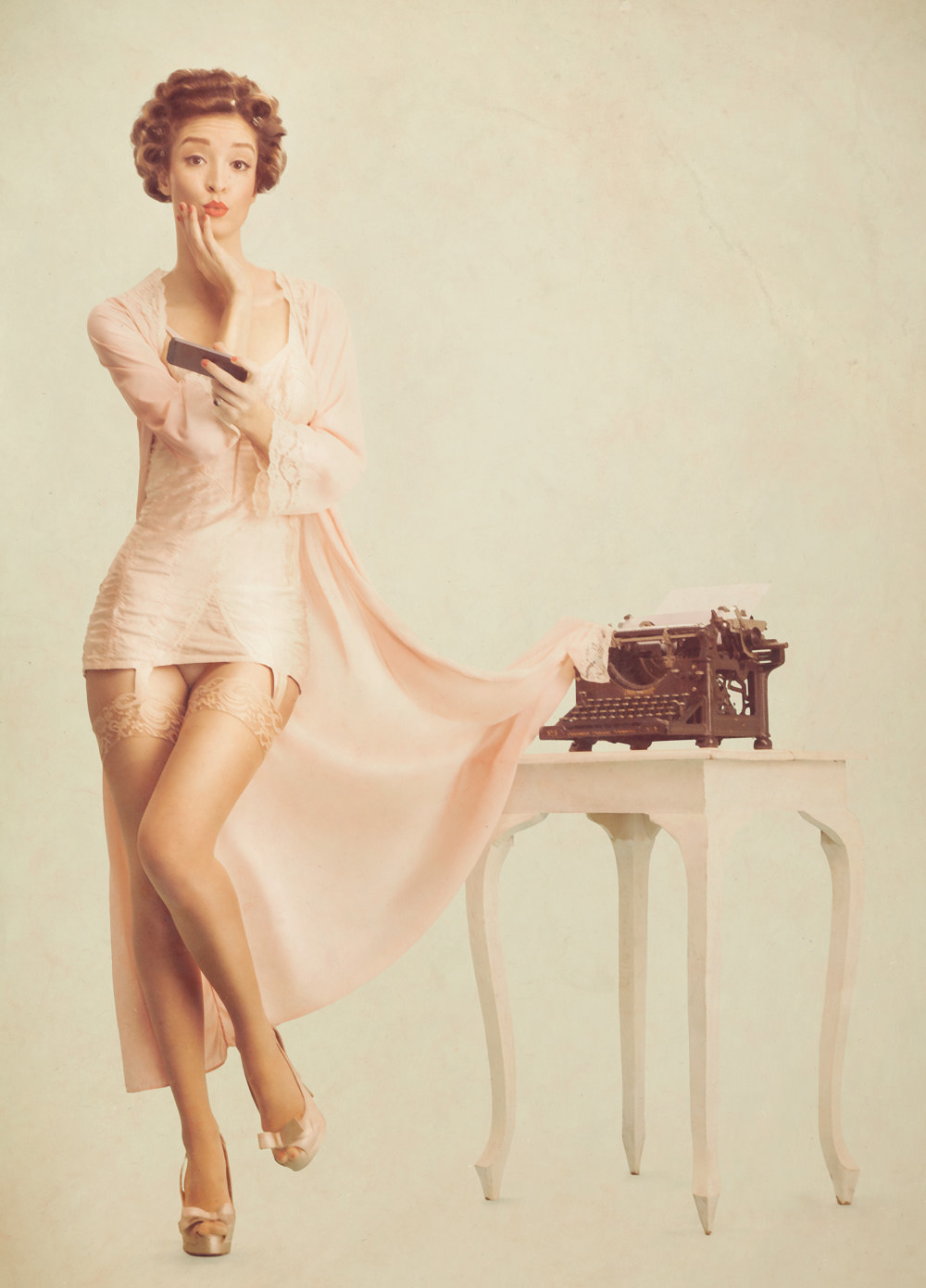 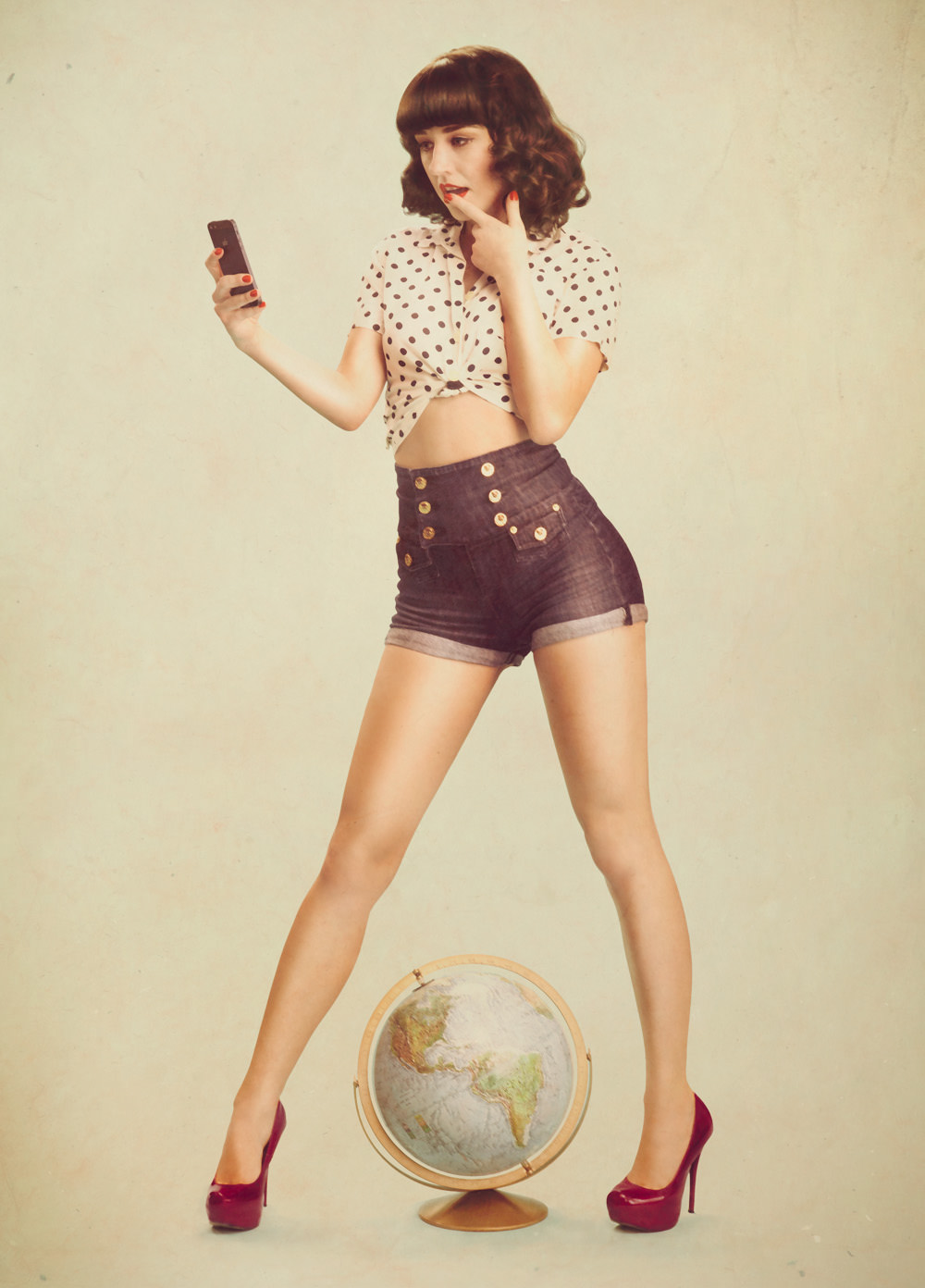 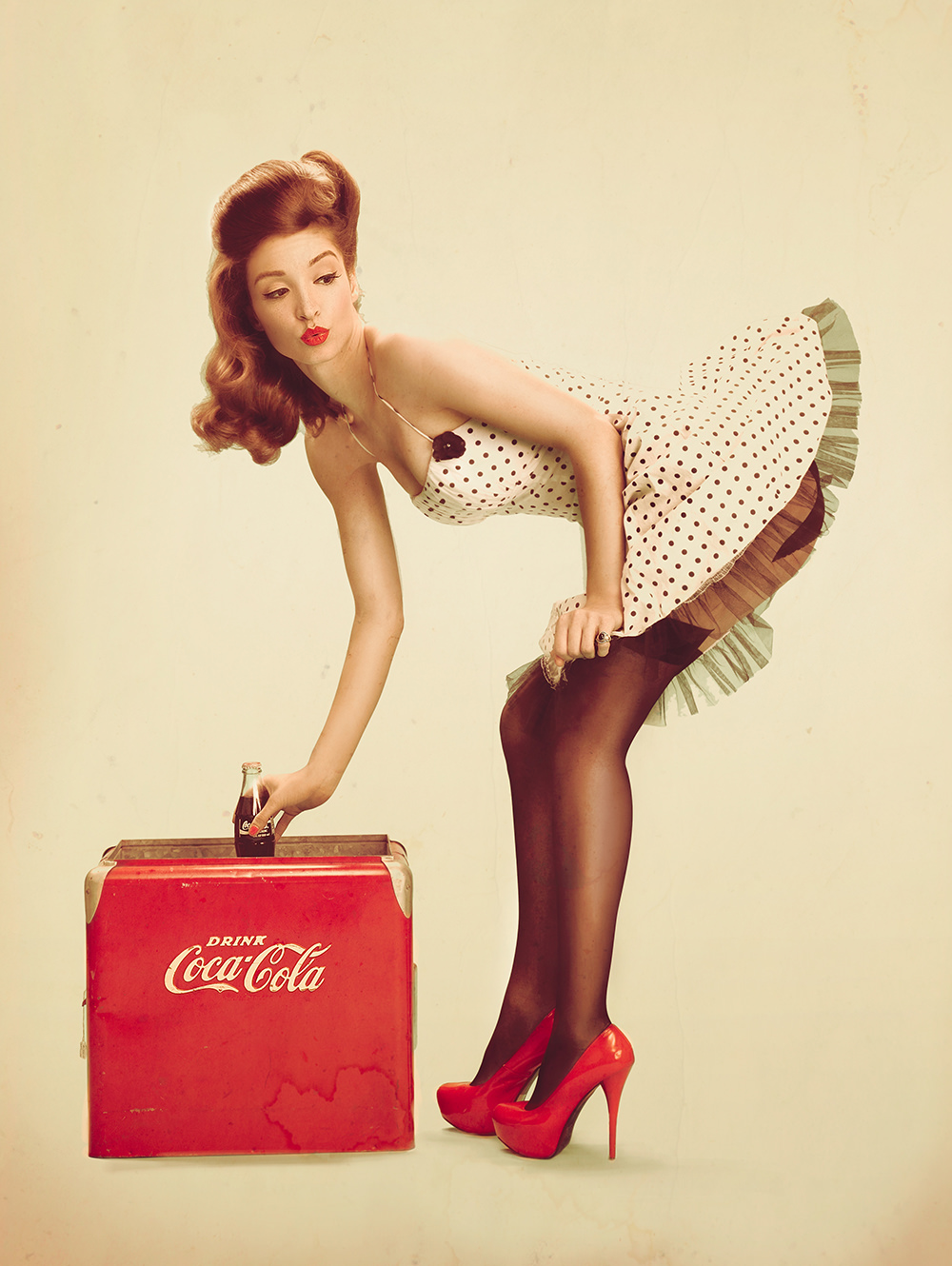