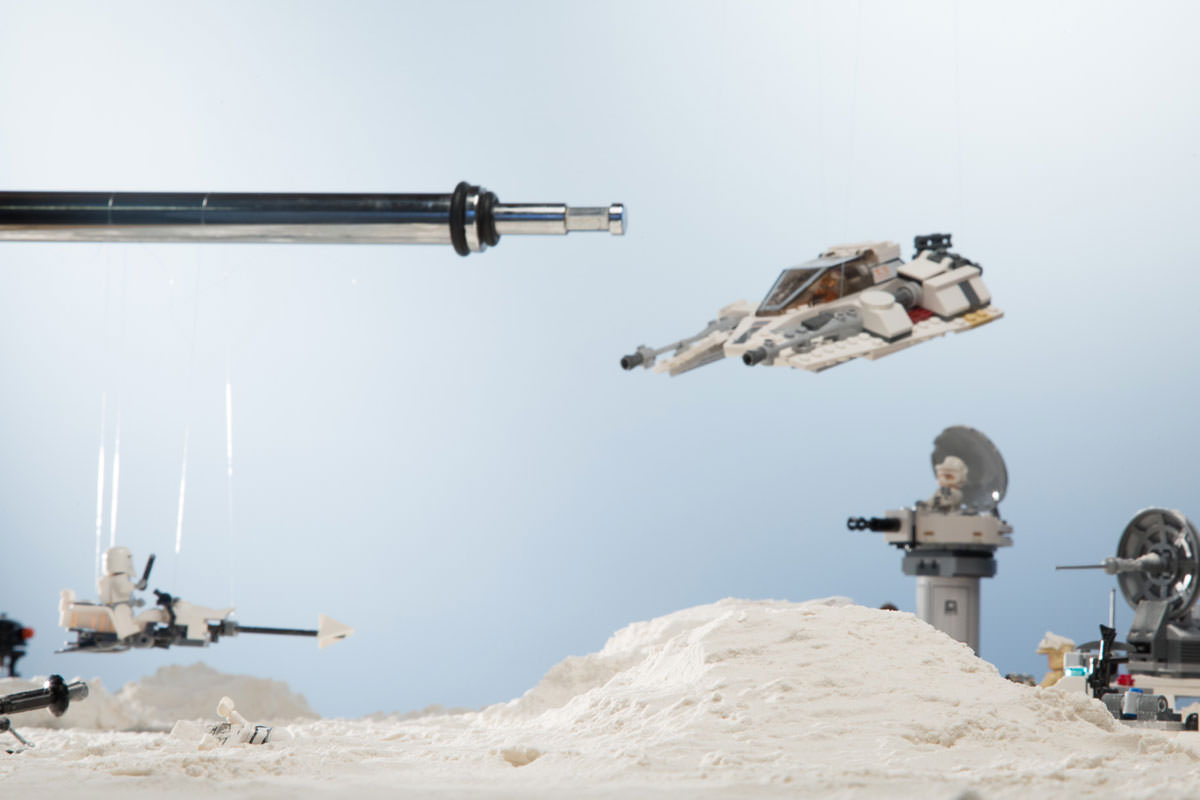 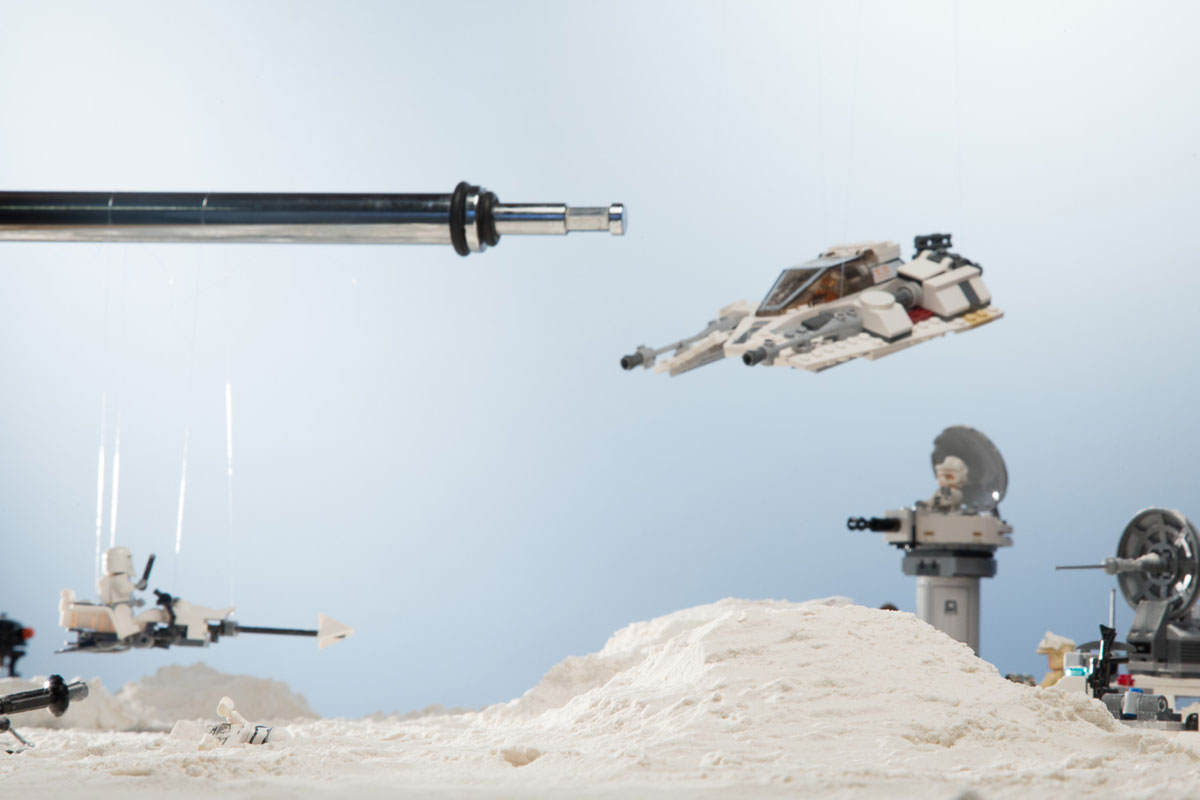 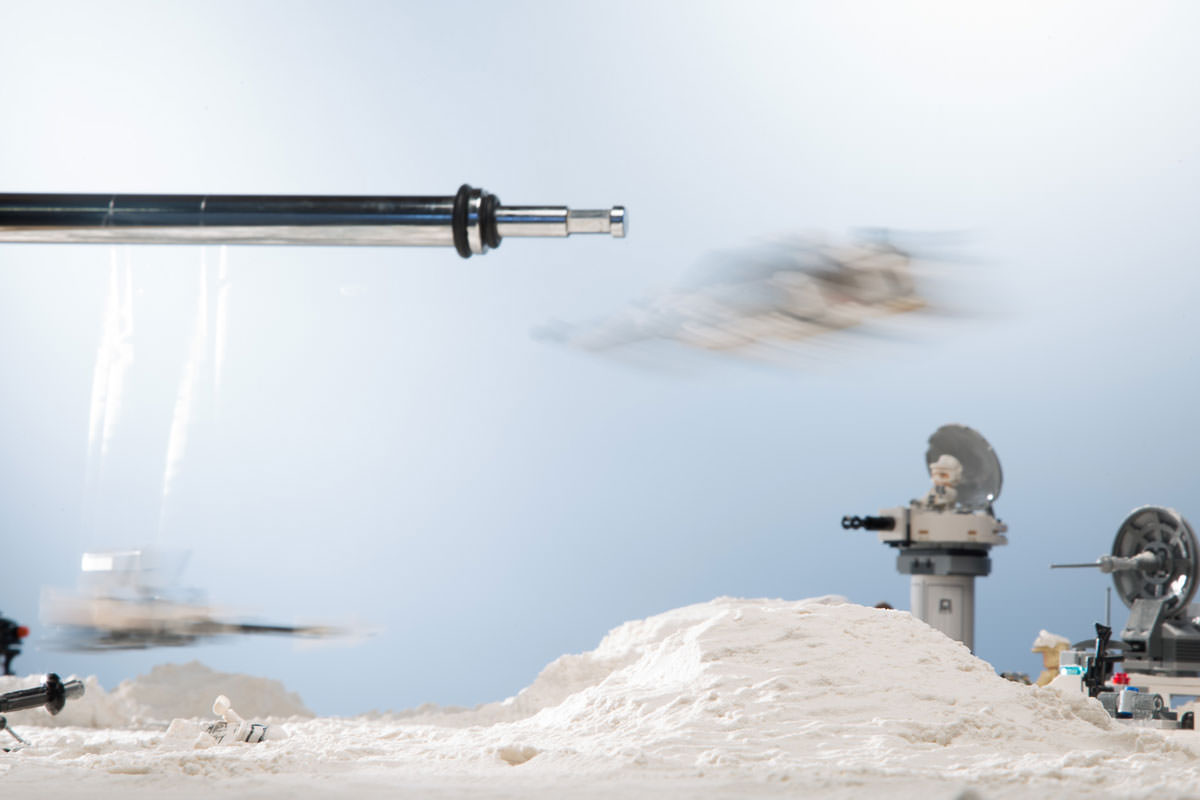 Photography is both an art and a science. When you combine your instincts and creativity with a solid technical understanding of the craft, you find yourself taking great images more often. And while creativity is a difficult thing to teach, anyone can learn the fundamentals of how a camera works. As you master these fundamentals, you should find yourself more well-equipped to discover how you want to express your ideas.

Legos are very similar. So what better way to teach the principles of the photography than by using Legos to recreate our favorite scenes from Star Wars?

Allow me to answer that. There is not a better way.

We continue our adventure with an explanation of shutter speed.

Everything You Need to Know About ISO

There are two mechanisms in a camera that physically control the amount of light that enters to create an exposure. If you’ve watched our episode on Aperture, you know that one way to control the amount of light coming into the camera is by changing the size of the opening in the lens. The larger the opening, the more light gets through and the brighter your exposure will be. Where aperture is a measurement of the size of the opening, shutter speed is a measurement of the that time light is permitted through.

Imagine that you’re sitting in a pitch black room facing a doorway. On the other side of the door is a bright light. When someone opens the door, light floods the room. Now that person can control how much the door opens, whether it’s opened just a crack or it’s opened up all the way. How much the door opens is a good representation of aperture – the wider the opening, the more light will get in. Additionally, they can also control how long the door stays open for, whether it be for a split second or for a minute. The shutter in a camera functions in a similar way.

Aperture and shutter speed both work together with ISO (which is an electronic component that will affect the brightness of an image) to help you determine how your image will be exposed. What settings you choose for each will ultimately be decided by a combination of creative considerations as well as how much light that you have to work with.

What creative choices will shutter speed allow you to make when capturing an image? If you’ve ever seen an epic sportsball photo where a popular sportsball player is seemingly frozen in time while running, jumping, or leaping, a fast shutter speed is at work. In contrast, if you’ve seen a dramatic photo of a night sky, with long strands of light trailing the motion of the stars, you’ve got long shutter speeds to thank. These examples illustrate the effects shutter speed can have when freezing motion, conveying motion, and demonstrating a passage of a time in a single frame.

When shooting with very fast shutter speeds, let’s say over 1/1000 of a second, you can capture very fast moving objects with little-to-no motion blur. This happens because you’re only exposing the sensor for a very small fraction of your subject’s movement.

When shooting with very slow shutter speeds, of 1 second or more, you will notice significant motion blur if anything is moving in the frame. Since the sensor is exposed for a much longer period of time, the camera is capturing your subject’s movement from point A to point B and every step in-between.

Shooting at 1/1000 of a second or faster is great for shooting handheld and capturing fast-moving action with no motion blur. Aim for this range when shooting sports or fast-moving children or animals. This does not let very much light into the camera so you will need to compensate with aperture and ISO or shoot in an environment with a lot of ambient light.

Shooting around 1/250 of a second should be your go-to for everyday shooting. It will allow a lot more light into your camera than 1/1000 of a second and will still be fast enough for most subtle movements.

Shooting at 1/60 of a second will start to make any motion much more apparent in a scene, so you’ll want to think about using a tripod or built-in OIS. This will allow more light into the camera, which makes this a more comfortable range when shooting at night or indoors.

Shooting at 1/15 of a second will really make any motion noticeable. If you’re trying capture dynamic movements and blur, this is a great spot to be in. It will also let a lot more light into the camera, so you’ll want to grab a tripod or a sturdy surface to hold the camera steady.

Shooting at 1 second or longer can create some amazing effects. If you want to capture stars in the night sky, capture long trails of traffic lights moving along a road, or capture flowing water so that appears smooth and creamy, aim for long exposures in this range. Stabilization is your best friend here and sometimes it’s best if you don’t even touch the camera so consider using a remote to avoid any and all camera movement.

Keep in mind that this is just a very general guide and the shutter speeds you use will very much depend on the lighting in the scene as well as the look that you’re going for. Most importantly, get out there and experiment!