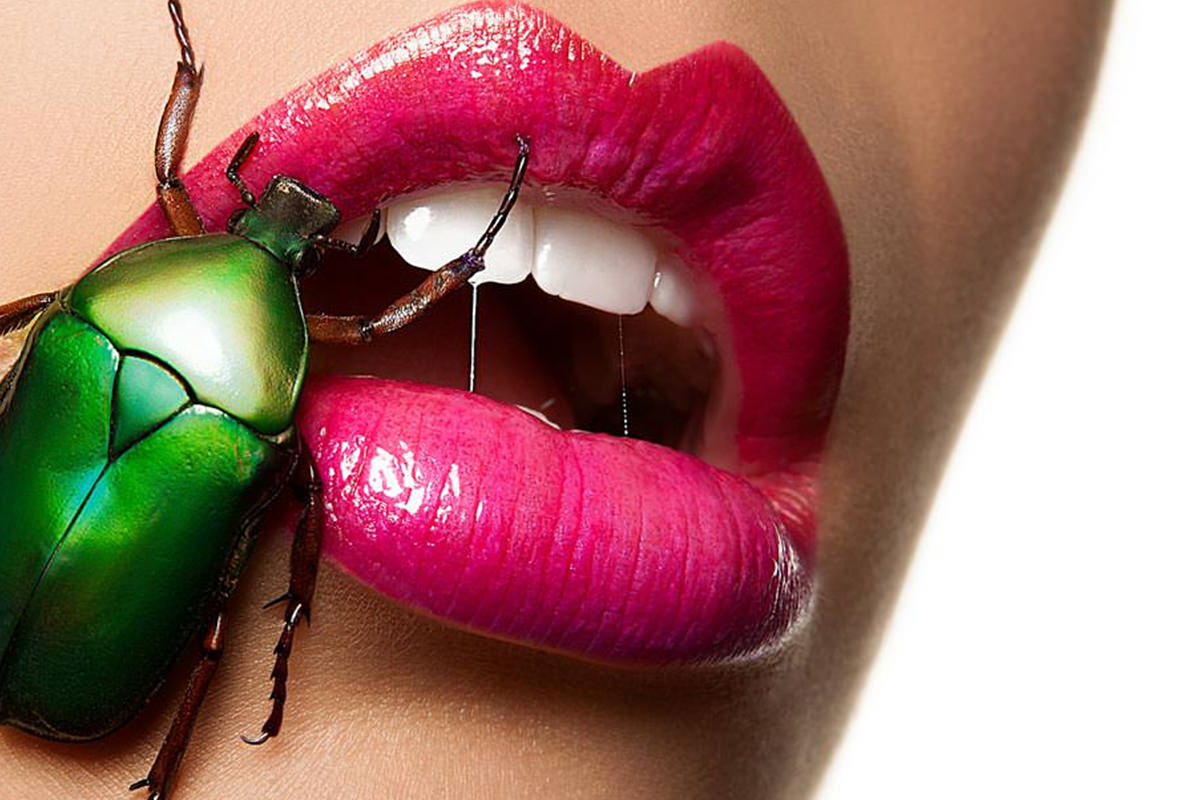 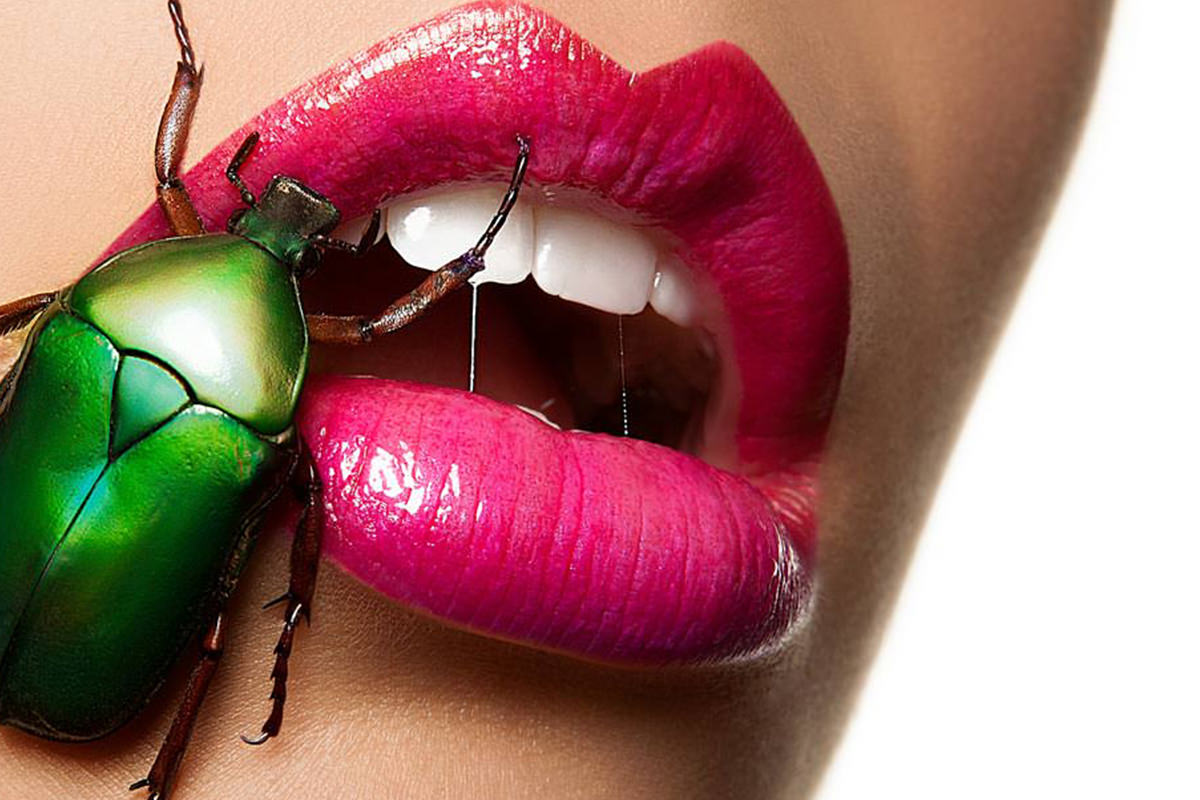 This shoot was inspired by Rankin’s amazing series of lips holding things like flowers. We also drew Inspiration from the Silence of the Lambs movie poster. I have always thought scarab beetles were beautiful and this was the perfect opportunity to feature them in a photo.

For the concept to come to life we needed an amazing Makeup artist who could match the beauty of the insects. For the green scarab we decided to go with Complimentary Colors, yellow-green and red-violet. This Colors play well off each other and allow each to stand out. For the blue beetle we took hints from its natural markings and decided to mimic those in the Makeup. Using a dark blue as a base, a light stripe was painted down the middle of the lips. When the beetle was in place the effect took shape, making it look as though the stripe goes from the lips to the beetle.

I am a huge car fan, and I have seen a similar effect done on the Dodge Viper. The way the stripe continues through the steering wheel is pure genius.

Lighting Behind The Scenes

For behind the scenes we wanted to keep the lighting fairly simple in these images in order to show off the detail of the beetles, but not become a Distraction. It is also important that while the key light is almost directly straight on, that Shadow and Highlight definition are maintained. If you use a light source that is too large at such a close Distance you will wind up with images that don’t have a clear boundary between Highlight and Shadow.

For the key we used an 11-inch Long Throw reflector, usually reserved for point Lights. Because it was so close to our subject, and only a small area needed to be lit, the falloff was not an issue here. This harsh Light provides nice highlight detail while also producing Shadows.

For the Background we used 2 strip Lights pointed towards a white seamless. The Lights hit the seamless, exposing it properly and because the surface is white, it allowed a lot of light to be reflected. Some of this reflected light came back and hit the back side of the model, giving a faint rim Light.

Putting giant bugs on a model’s Face is a lot to ask. For this shoot we had to find someone who had large lips, great teeth and Skin, and was also ok with insects. Be sure all of that is laid out before the day of the shoot so there aren’t any surprises.

There are a couple of things you can do to help your subjects get more comfortable when doing something out of the ordinary. First be sure to show them references of other similar images so they know what they are going to get. If they can imagine the end shot, they are much more likely to have a good time. We also shoot tethered to a laptop so the model can see the images as they are shot. That way they will gain confidence as the shoot goes on and know how to pose for the camera.

We also used a mirror for this shoot so the model could see what she was doing with the beetles. We had her hold them because she has a better sense of pressure than someone else does on her own Face. Using a mirror she could place the beetle correctly then pivot slightly for the shot.