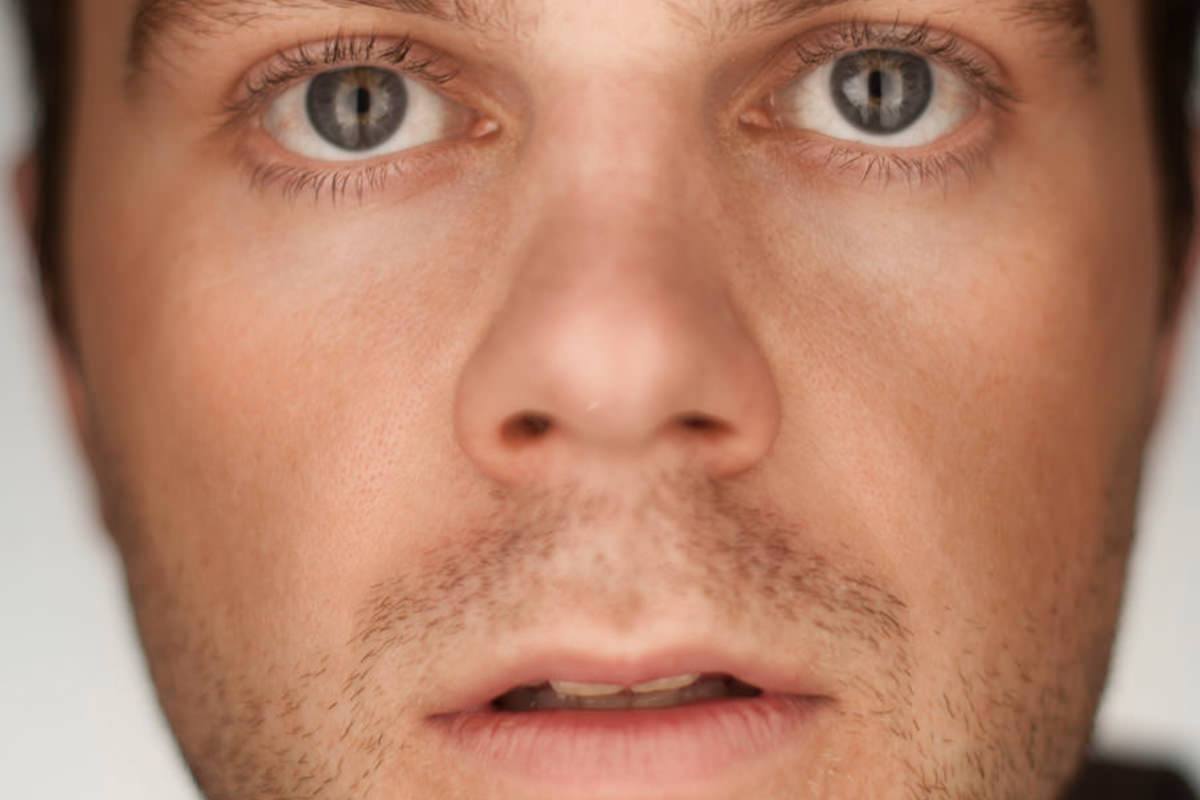 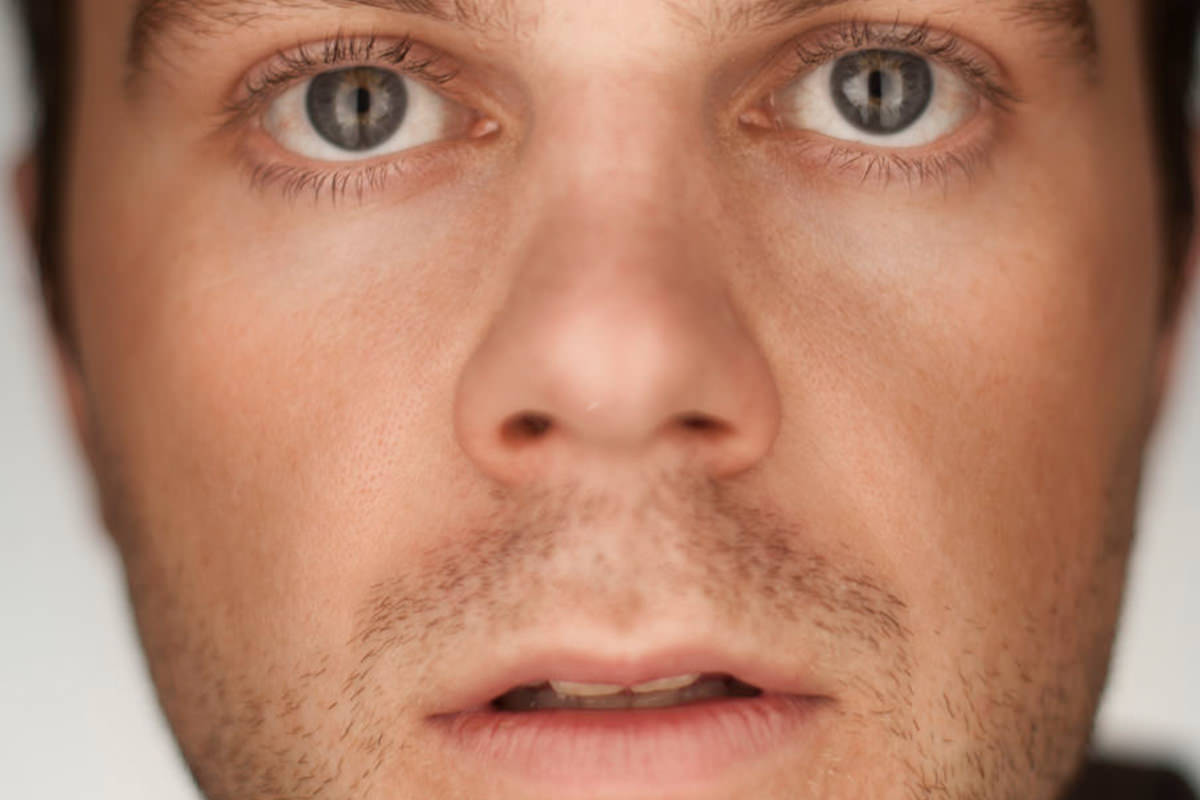 Every photographer knows that perfect lighting is never achieved instantly. It takes multiple lighting setups and a good bit of experimentation to find exactly what it is you’re looking for. In this case for an editorial-style headshot, we decided we wanted lighting inspired by the likes of editorial photographers such as Martin Schoeller and Peter Yang. We had to go through about five different lighting setups before we finally found one we really liked! 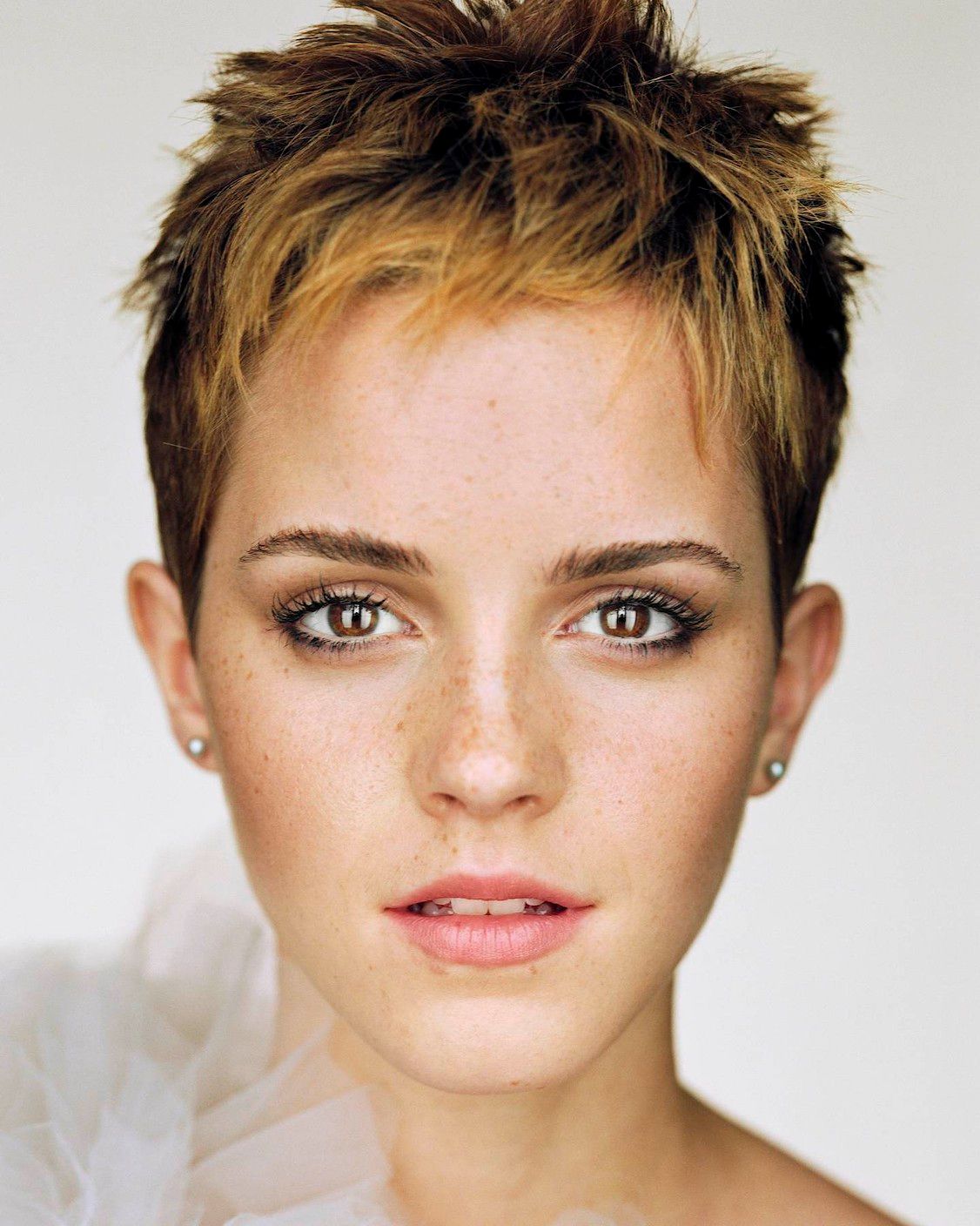 In the above photo of Emma Watson by Martin Schoeller, we can tell from the catchlights in her eyes that there are two separate light sources coming from the front, most likely softboxes. Paying attention to the eye catchlights in a portrait is a great way to dissect lighting, since the eyes basically act as little mirrors and show where lights are placed. If we zoom in, we can even see the reflection of the photographer between the two catchlights! We decided to start with two strip boxes placed on either side of Chris in front of white seamless paper. The problem with this was that it was lighting the sides of his face and leaving his eyes and nose dark, which is the opposite of what we were going for. We tried switching out the strip boxes for parabolic reflectors, but the lighting was too flat and still not lighting the center of his face.

We finally figured out that placing the stripboxes directly in front of him gave us the look we were going for. Both stripboxes were aimed at his nose, creating fall off on the sides of his Face. A 3-stop Neutral Density Filter was placed over the lens in order to keep a shallow depth of field. Stay tuned for tomorrow’s episode where we’ll be going over the post processing!