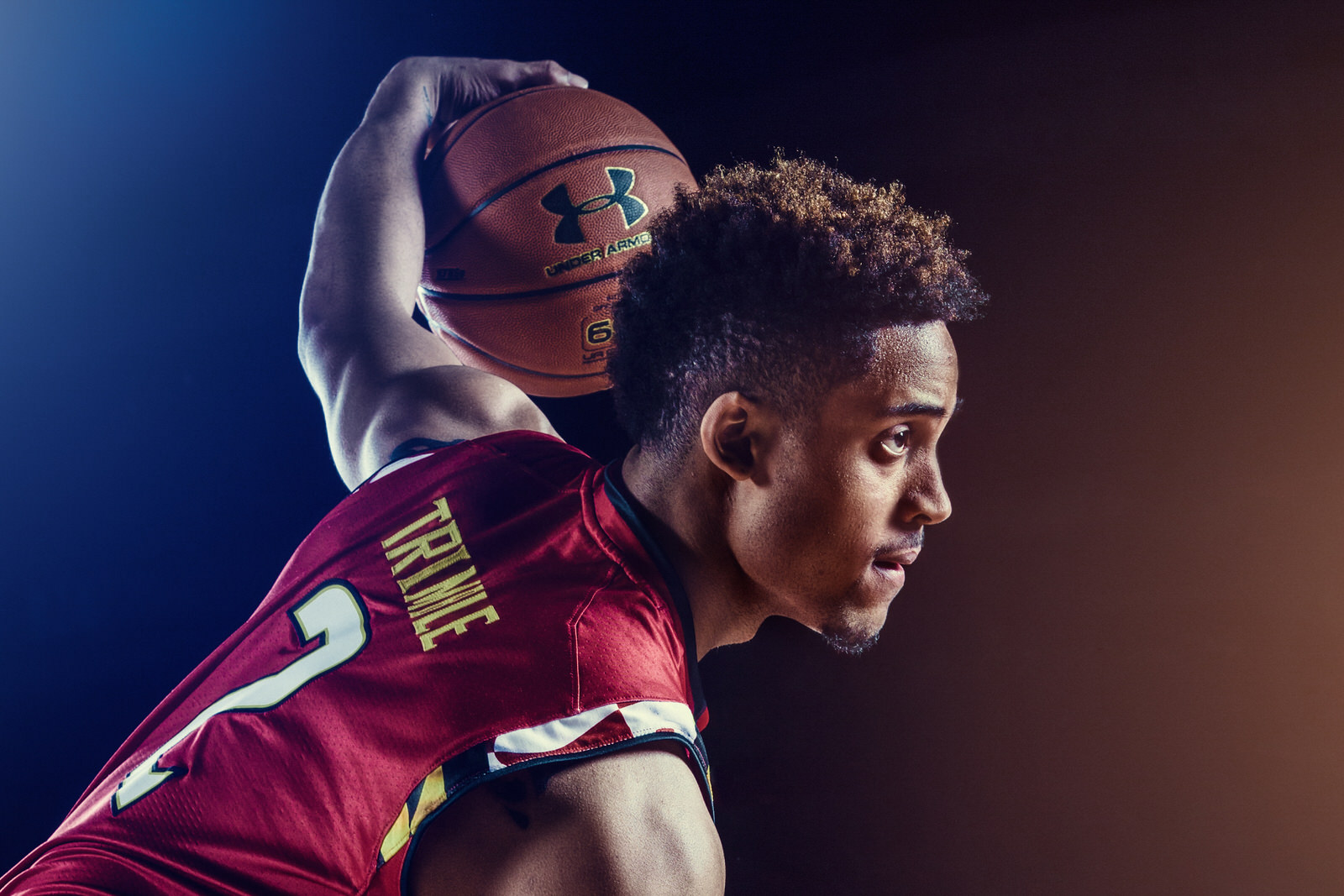 Nestled at the foothills of the Appalachian Mountains is a beautiful area of North Georgia that is home to photographer Ryan Gibson. It was in this small town that I recently caught up with Ryan to get a glimpse into his world of portrait photography. Beginning his artistic career as a designer in the rug industry, Ryan left that arena eight years ago due to a declining economy. He has been working as a freelance photographer since then, focusing on athletic and entertainment portraiture.

Ryan’s area of expertise lies with dynamic, lit portraiture photography that has a bit of a darker edge to them. He has traveled around the U.S. over the past eight or so years covering a variety of genres and topics in the sports and entertainment arenas. During his travels, Ryan has had the opportunity to work with athletes, musicians, television stars, local personalities, as well as friends and family. You can find his work featured on everything from magazine covers, television promotions, ad campaigns and more.

Join us in learning about this incredibly talented photographer and his unique take on the world or portraiture. 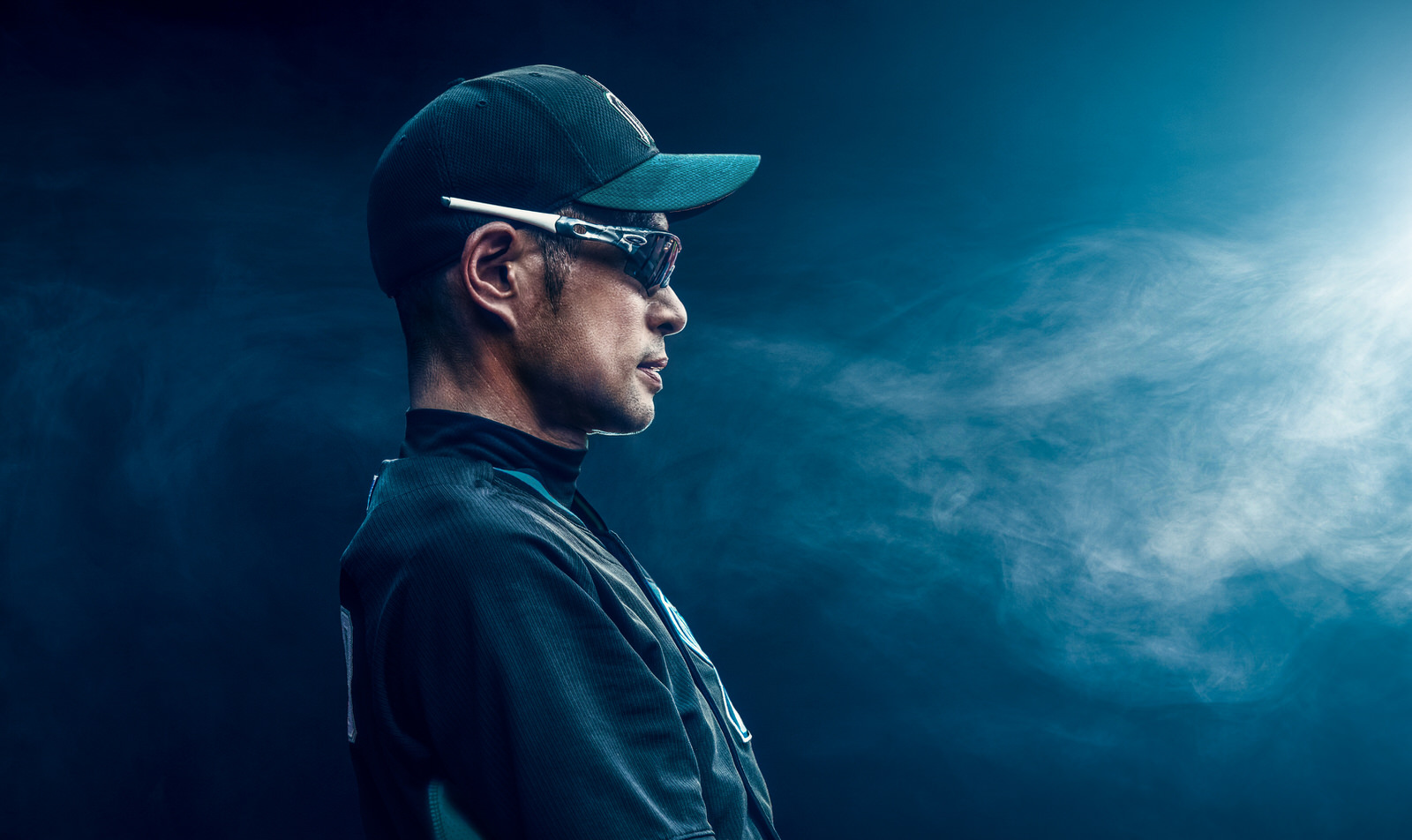 How did you get started or first become interested in photography?

I got my first camera for my 14th birthday. A Minolta Maxxum camera. I was always creative – drawing, painting, etc. I learned all the basics on that camera. Mostly just played around with it photographing flowers and whatnot.

At what point did you begin to consider yourself a photographer and/or an artist?

After designing rugs for a small rug manufacturer for 10 years (and not doing much photography at all), I was feeling a little burnt out as a designer, so I started playing around with photography again as a creative outlet. In 2010, I did a personal photography project with the local high school baseball team. A documentary-style project – behind the scenes type of thing – that captured the whole season. A season where the team went undefeated and won the State Championship. I contacted ESPN and they ran a six-page spread in ESPN Rise Magazine (their high school magazine at the time). It was the first time I got paid in that capacity for my photography. That’s the first time I considered myself a “photographer.” 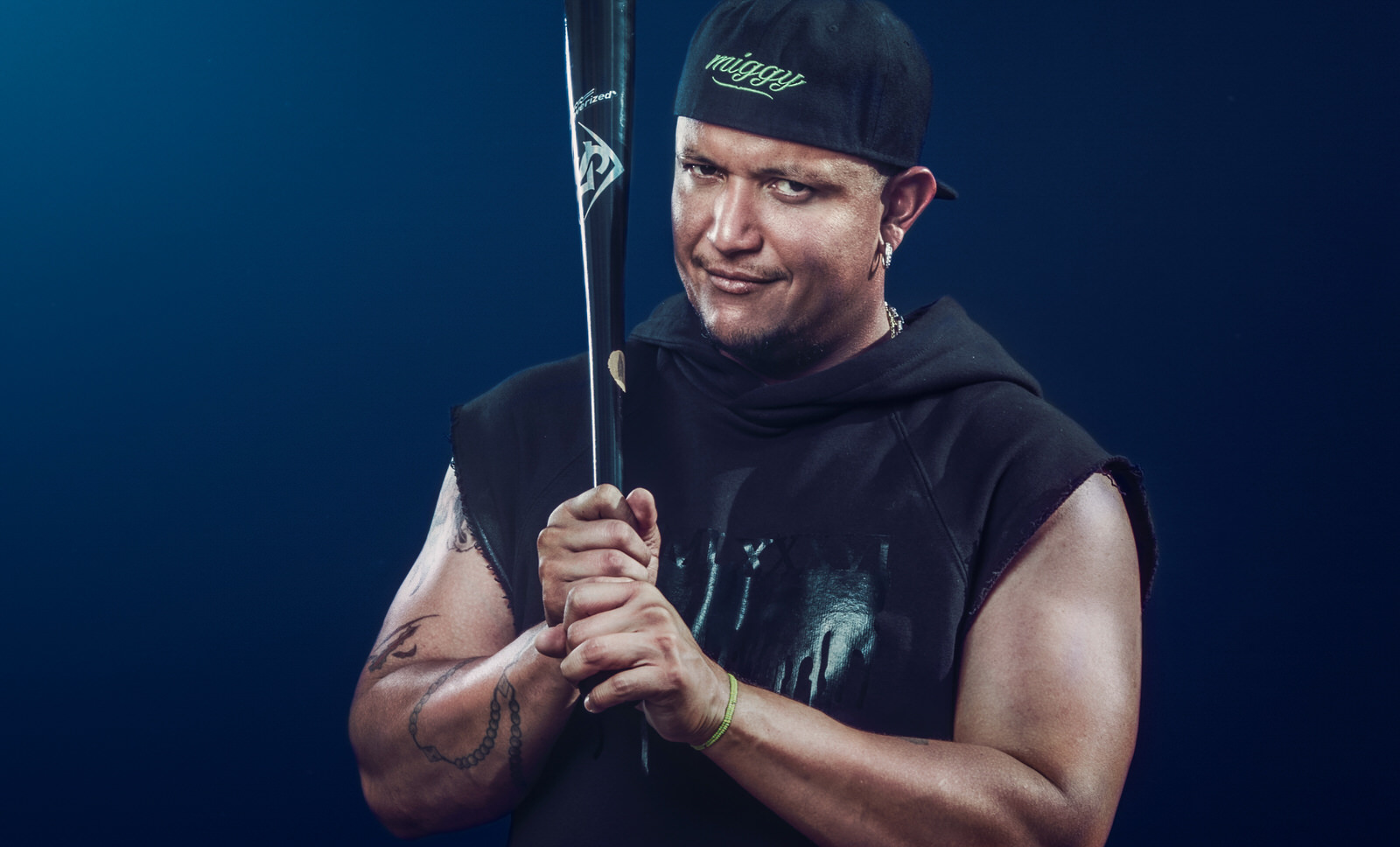 What artists or other photographers do you most admire?

And how has their work influenced your own?

Tough one. I guess it’s influenced my work more on a subconscious level maybe? I wouldn’t say that I have tried to copy any of their styles but looking at their work definitely inspires me to explore more creative ways to shoot. 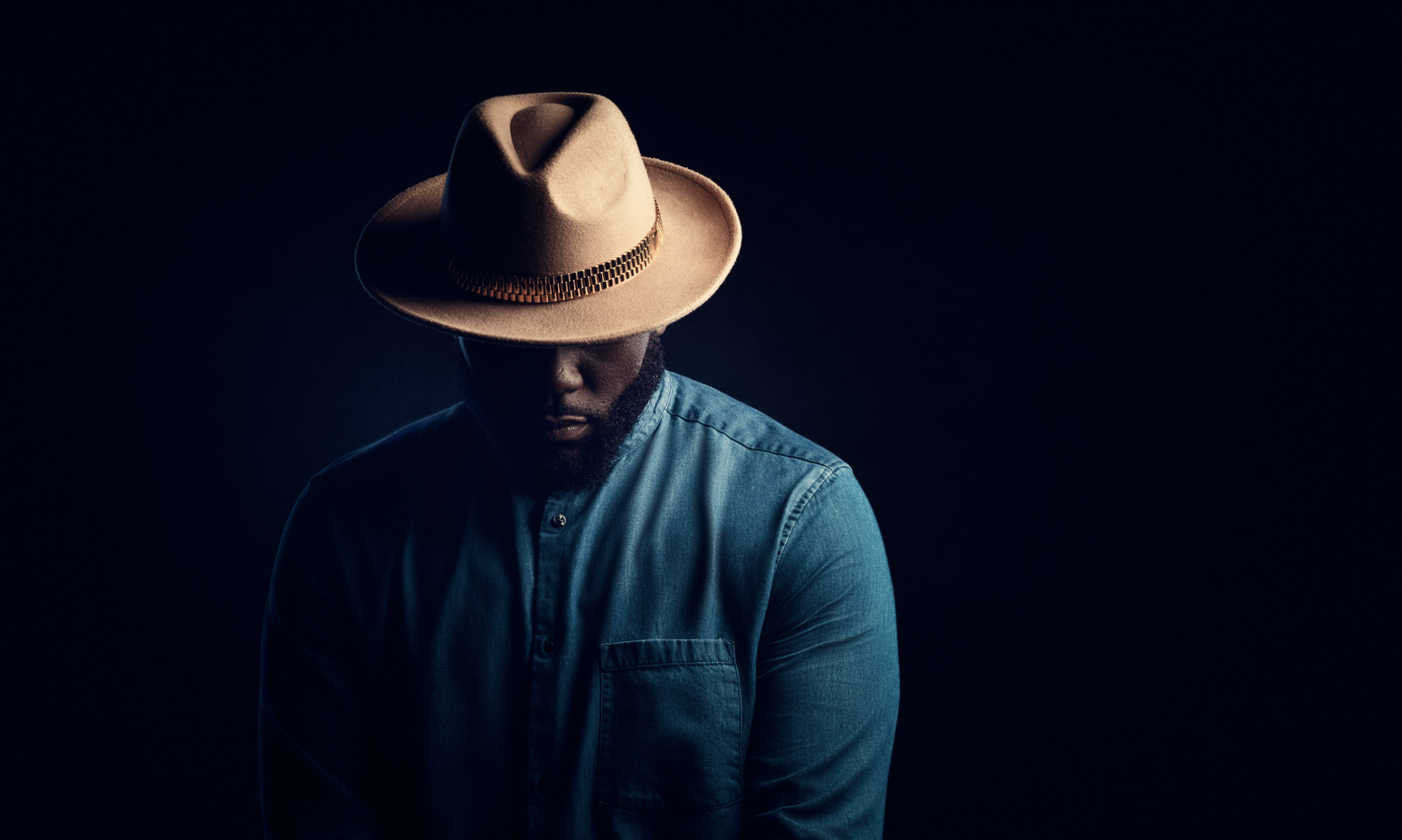 How important is it to you to connect with your subject to help bring out their true self in the photos?

That’s the essence of portrait photography. It’s the most important thing really. It’s something I wish I was better at and am constantly working at.

How much, if any, research do you do when preparing for a photoshoot with someone considered “in the public eye”?

I do a little bit. On the personal side, I try to learn a little about their personality going in. Most shoots with higher profile subjects have to be done in a very short window. Most of the preparation in those cases has to do with deciding on a concept, shot list, etc., and making sure everything is set up and ready to go when they arrive so as to maximize the time we have. 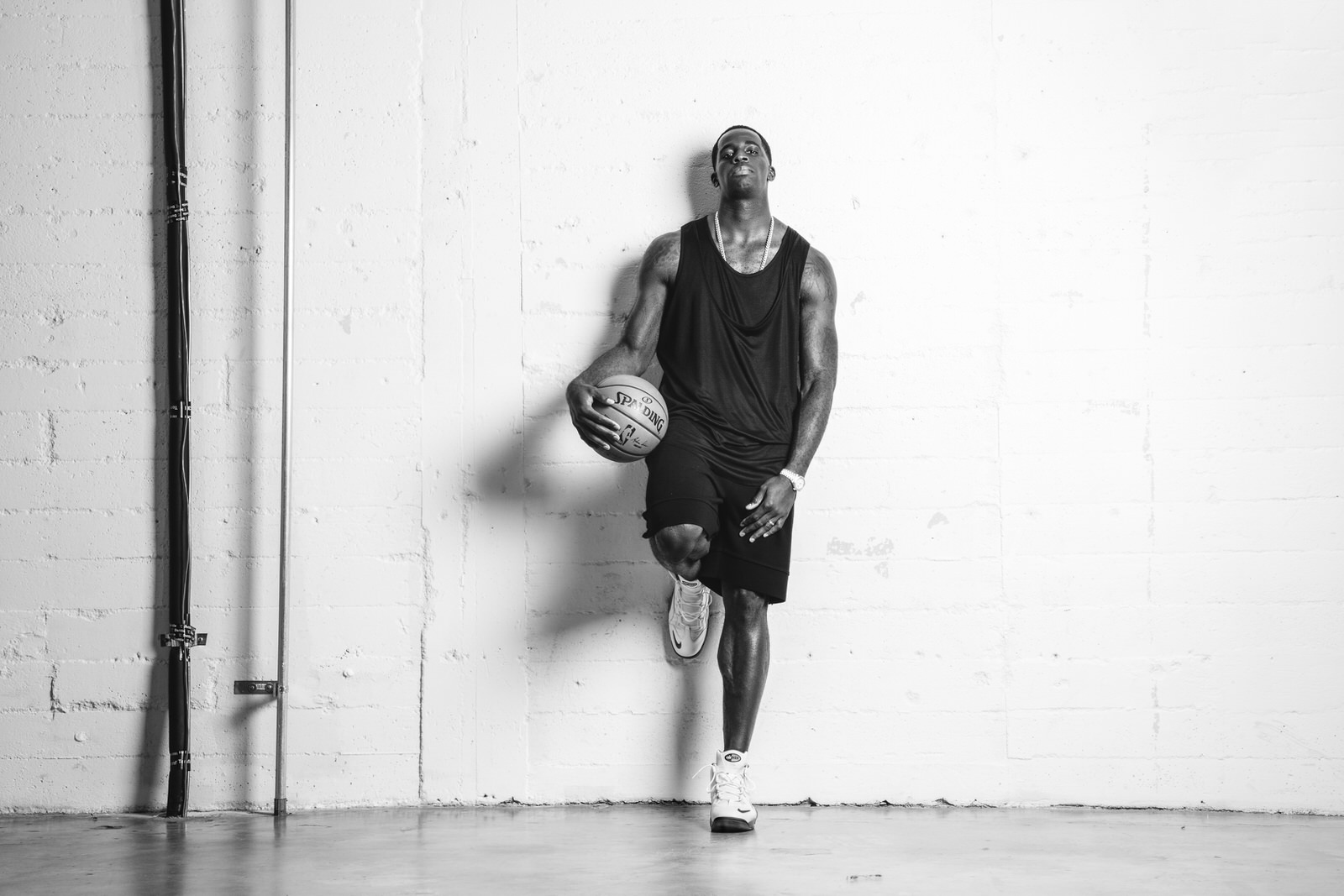 What’s the one quote that always fires you up?

My favorite quote of all time is a Muhammad Ali quote:

“The fight is won or lost far away from witnesses – behind the lines, in the gym, and out there on the road, long before I dance under those lights.”

What’s your favorite photo you’ve ever captured and why?

I think that would be one of the photos from that first baseball project that kick-started my career. It’s not so much because of the image itself. If anyone saw it, they would probably wonder why it’s my favorite. It’s mostly because I remember very vividly the moment that I took it and the emotion surrounding it. It was one of the photos from the last game of the State Championship series.

What do you hope people take away from your photography?

Oh man. This is hard. I hate analyzing myself and talking about feelings and stuff. I guess I just want to take good pictures that people can relate to… and I want everyone to love me! 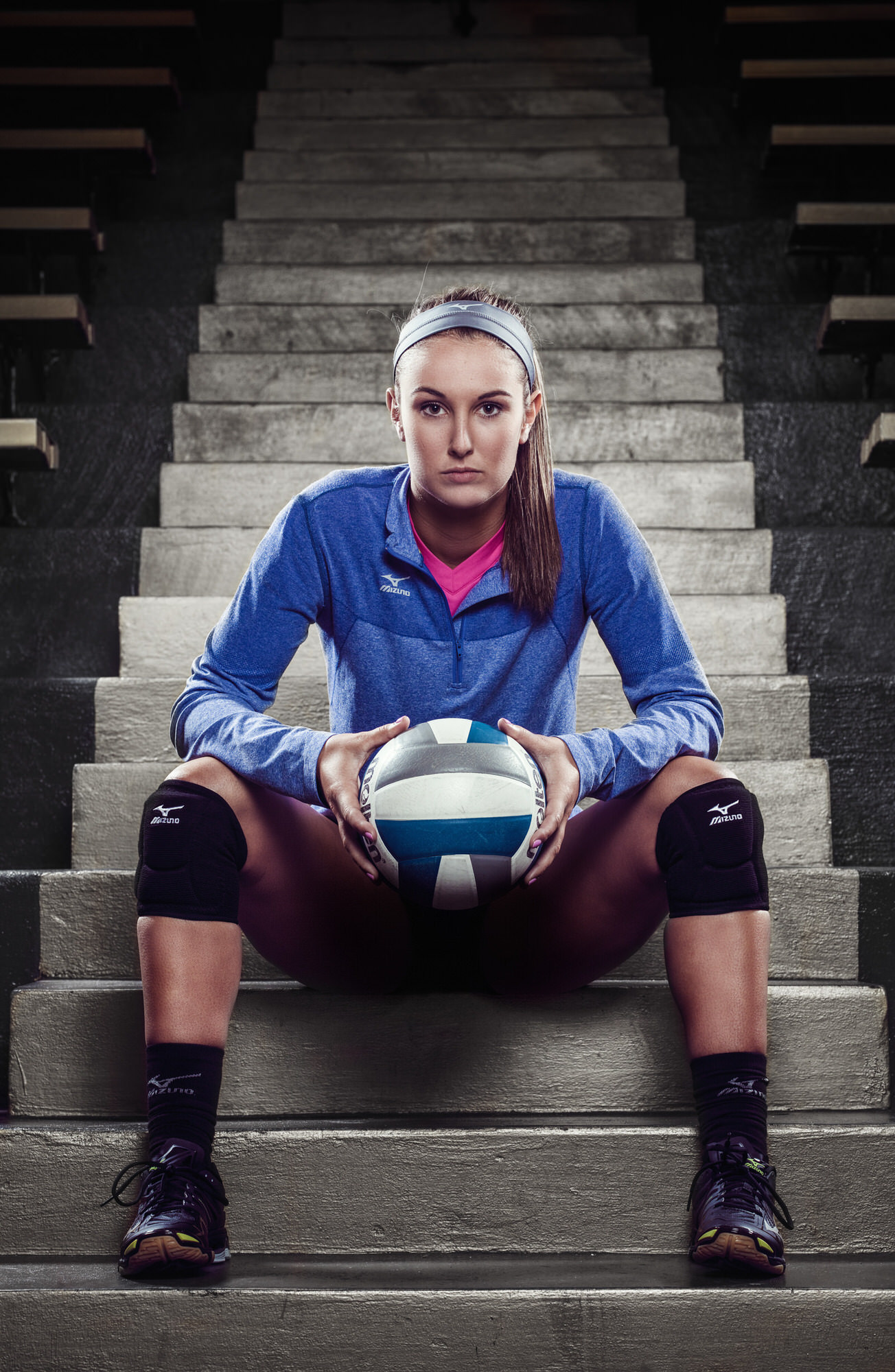 In your opinion, what makes a photograph stand out as good or great, rather than an average snapshot?

That’s pretty simple. I think a photograph is great if it makes you feel something (kinda cheesy but also true).

What is your thought process when determining whether an image or set of images should be finalized as black and white vs color?

As a general rule, personally, I tend to prefer B&W images over color. Really, it depends on what I’m trying to convey with the images. If the color distracts from the message or even if it just doesn’t contribute to the message, I tend to want to make it B&W. Of course, this is completely dependent on the clients’ wishes. 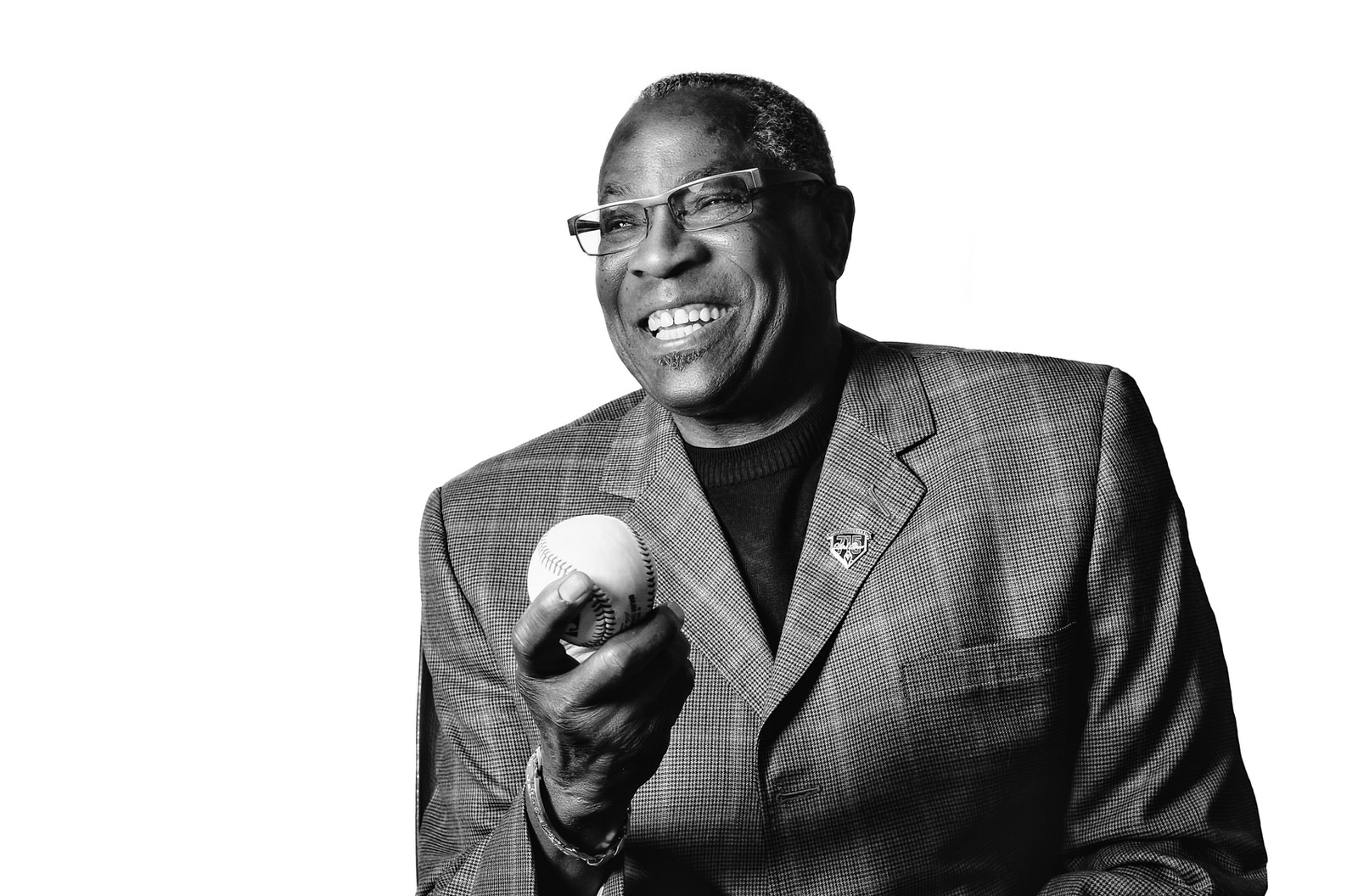 If you could take your photography in any direction, without fearing rejection or failure, what new thing would you want to try?

I have been doing some landscape and astrophotography lately and really love it. Specifically, in the last couple of years I have made an effort when I travel, either for shoots or for meetings, to get out and explore and photograph some notable locations.

During one trip to LA, I spent a day at El Matador State Beach in Malibu which was a pretty awesome location. On another trip out west, I spent a night photographing the Milky Way at Joshua Tree National Park which seemed like another planet! Last year I had some meetings in Portland, OR and while I was there I took two days to explore the coast, the Columbia River Gorge, and the Mount Hood area. All beautiful. Glacier National Park is next on my list. Hopefully that will happen soon!

Right now I’m focusing on adding a touch of motion to my work. I’ve been shooting a lot of cinemagraphs. I’m trying to add an element of motion while still keeping true to my style of shooting.

I’ve been shooting more cinemagraphs lately which add a small touch of motion to a static image. I’m able to keep the kind of dynamic lighting that I use in my portrait work but add in the motion to create something a little different. They are all shot as 4k video clips and I take a still frame from there and process it like I would any of my still portraits and then I layer in the parts where I want the motion. There’s definitely a learning curve because the motion has to be subtle and I have to be able to loop it continuously.

In addition to the cinemagraphs, I’m trying to add small motion projects when I can as well. I recently directed a motion piece for Olympic medalist Kristi Castlin to use as a promo on her social media and website. It was my first directing experience and I was really happy with what we were able to create. 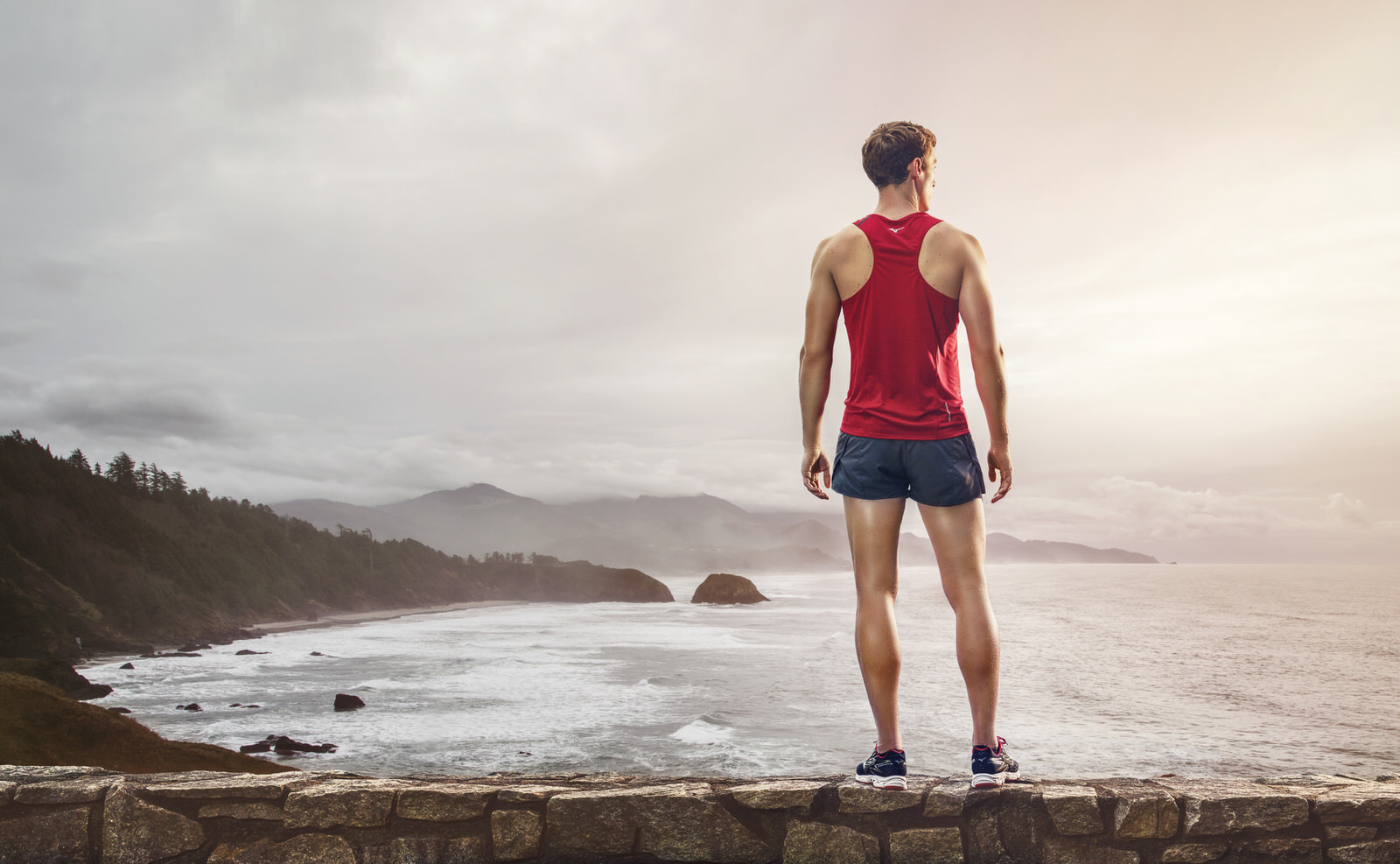 What are some of the biggest challenges you have encountered with your photography?

Most of my challenges with regards to photography are on the business side of things. Balancing the fun, creative photography side with the tedious and difficult business and marketing side. This is an ongoing battle.

I don’t have a rep so all of it falls on me. I do have a great team that I work with on my shoots that really makes life easier. For marketing, I use Agency Access to research creatives to reach out to. I typically send out promo emails every two months and try to schedule in-person portfolio meetings as often as I can. As with everything, I’m still experimenting and learning.

Do you see the world on a normal basis as if you were behind the lens or is that a mindset only for when you are shooting?

Yes. Kind of. I don’t obsessively think in photography terms all the time. But generally, I think I probably see things differently than the average non-photographer. 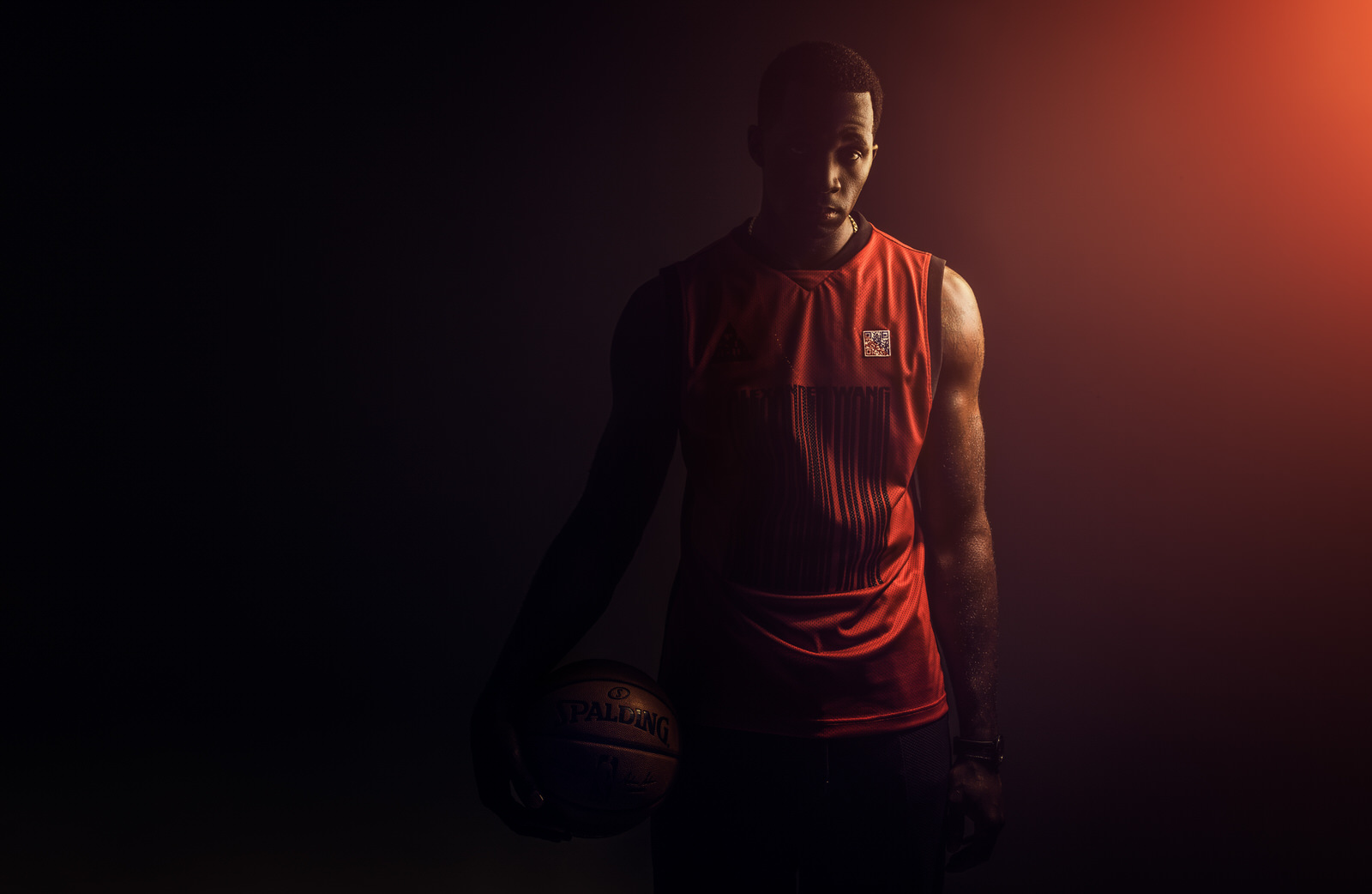 In addition to the brilliant images shared here, Ryan has a few of his previously mentioned cinemagraphs displayed on his site and social media for followers to enjoy. To check out more of Ryan’s work, and to see what he has in store next, you can follow him on his website and Instagram.

Dena is a full-time graphic designer, freelance writer, and hobbyist photographer. In addition, she is a very proud mom to one son and four wonderful dogs. Her love for both writing and photography came at a very early age and has stayed with her ever since. Born and raised in Georgia, Dena still resides in her tiny hometown, along with her husband.