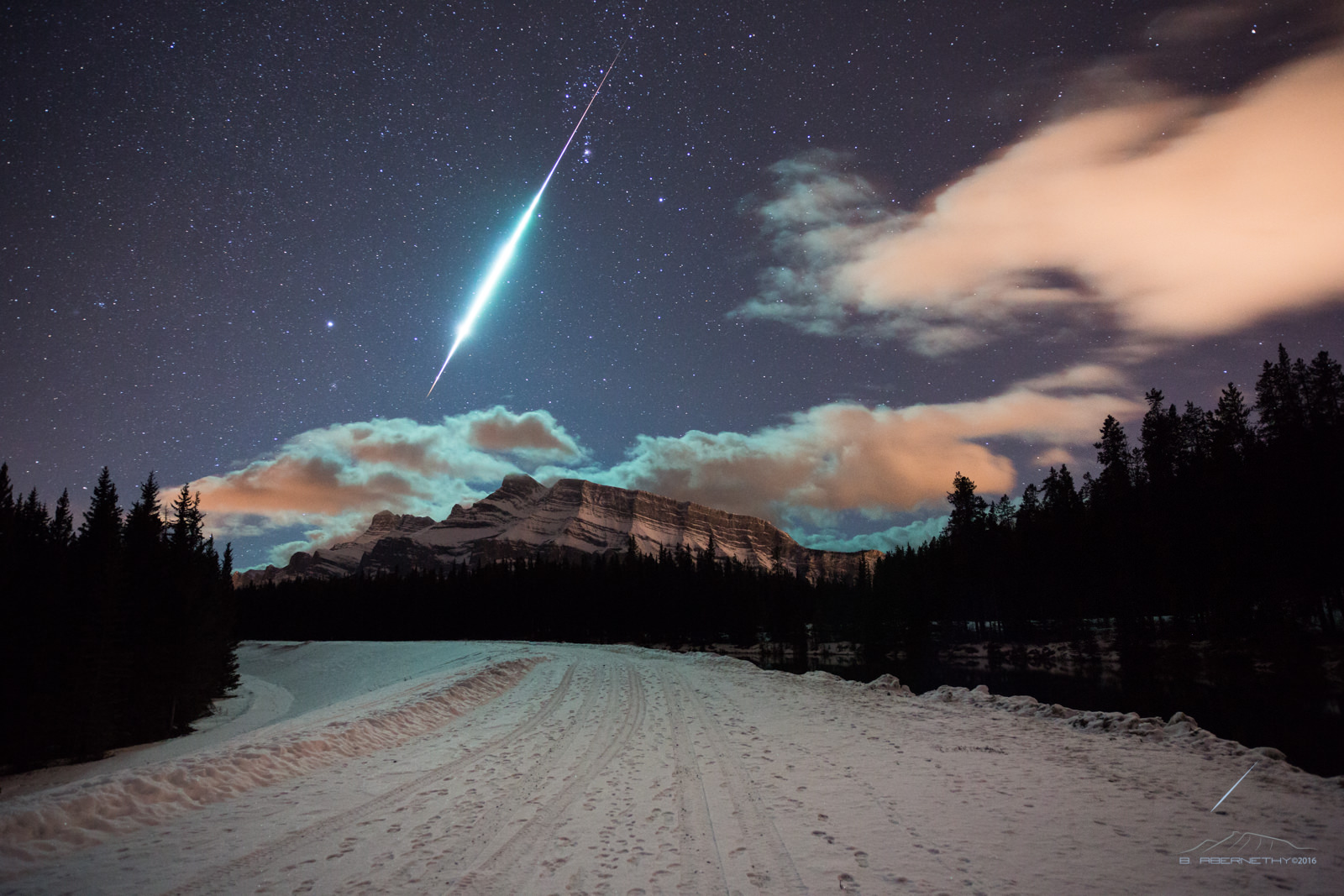 Sometimes getting a fantastic shot is an act of serendipity.
When Brett Abernethy, a geologist and photographer in Calgary, Alberta, traveled to Banff National Park, he had intended to capture some beautiful shots of the Northern Lights. Little did he know, the shot he got instead would send him into viral fame. For astrophotography buffs who are dying to know how Brett got this once-in-a-lifetime shot of a fireball meteorite, we’ve got the full story!

According to Brett, his passion for night photography began in 2012 when he had first started chasing nocturnal thunderstorms, starry nights, and the occasional aurora borealis. While Brett admits to seeing his fair share of surprises, the meteorite shot was a complete fluke.

For those who are familiar with astrophotography, you’ll know that photos as perfect as this are one in a million. As Brett explained on his Nat Geo Your Shot page, he had actually ventured out to Banff National Park that evening Aurora hunting, something the geologist has done quite successfully over the past few years. At 1:30 a.m. on December 20th, 2014, while camped near Johnson Lake and shooting the Orion constellation over the mountain, Brett had been exposing a shot when the sky suddenly lit up. The fireball went on to break up into three pieces before fading away.

While shocked at first, Brett immediately stopped the exposure and checked his preview with hopes that he had captured the meteorite. When retelling his story to Global News, Brett recalls that he wasn’t even sure what the light was at first, saying, “We didn’t even know what was going on; we thought ‘is there a car somehow coming down this road?'” 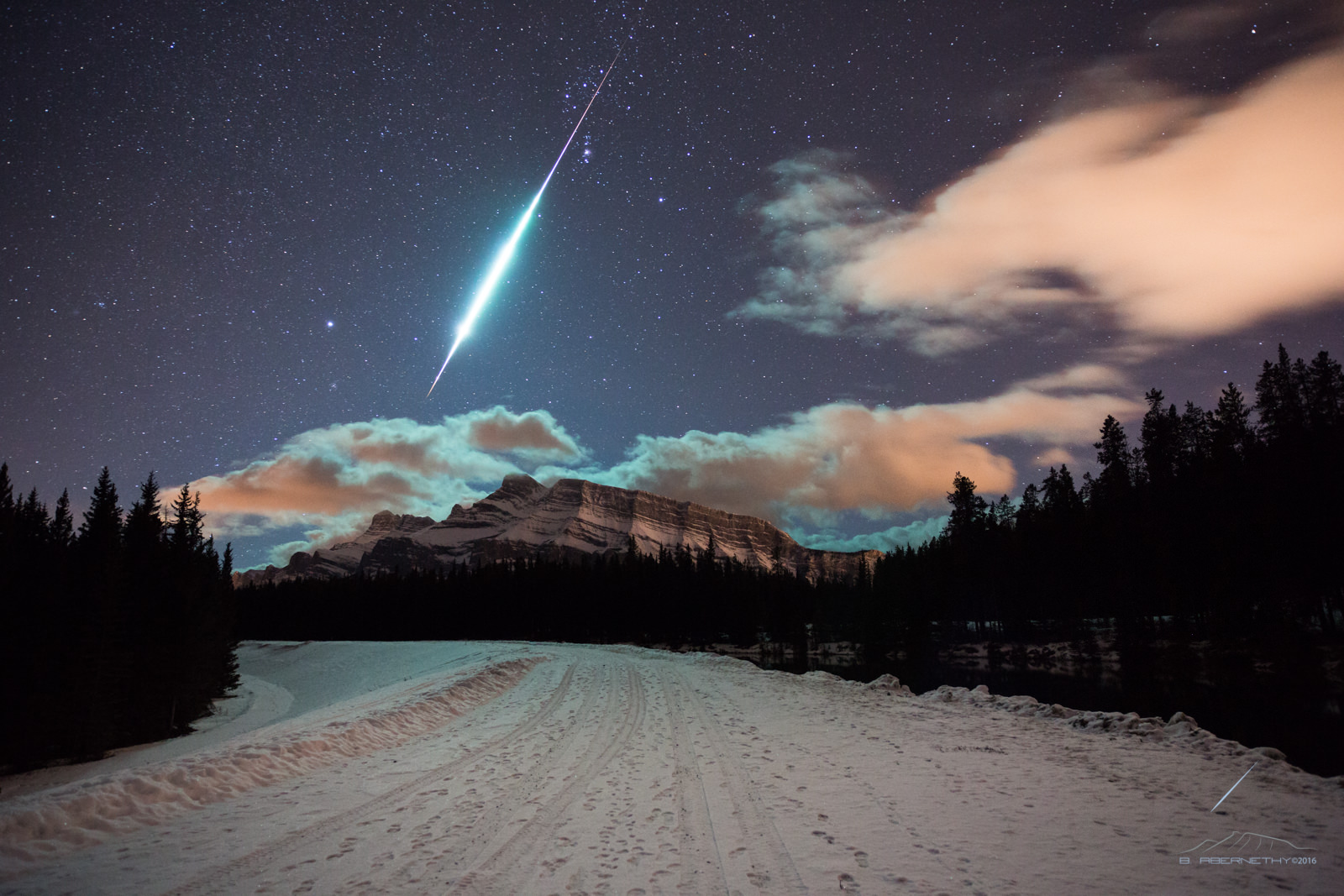 Brett revealed the details of his gear and settings in the comments of a Reddit post shortly after the photo started going viral, saying, “I shot it on a Canon 5D Mark III with a Zeiss 21mm 2.8 lens F4 for 49 seconds. On a tripod obviously. In post, all I did was bump up the contrast and saturation a bit – which you have to do when shooting in RAW.” The tripod Brett used that night was a Gitzo Carbon 6X. 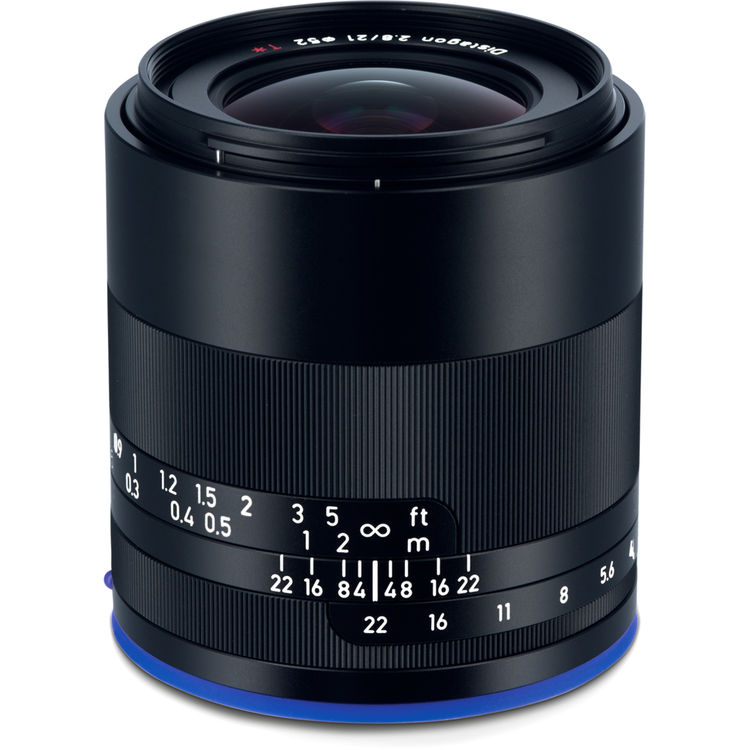 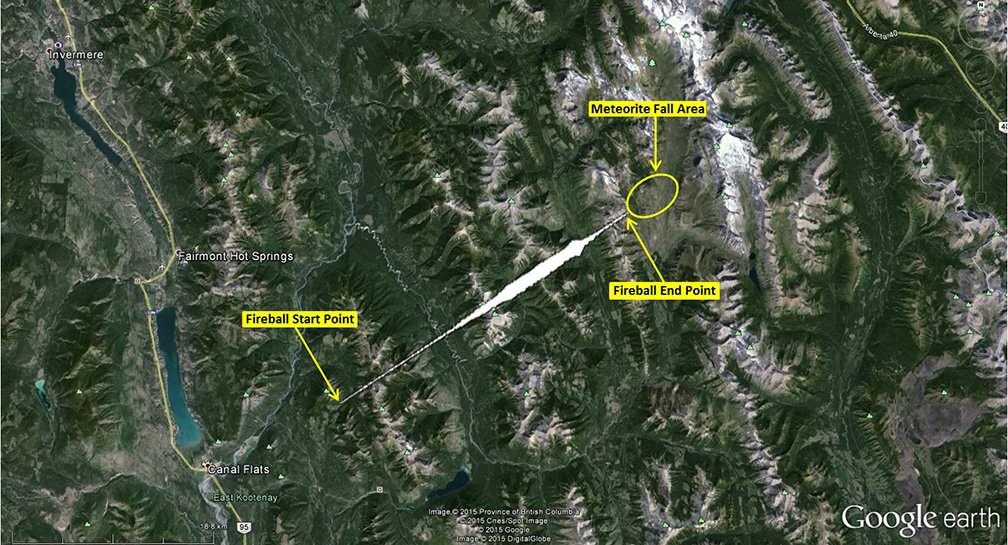 Only a few local residents claimed to have seen the fireball that Brett was able to photograph that night. The image would eventually be used by researcher Alan Hildebrand to discover more information about this fallen fireball and its exact trajectory over Alberta. The photo was combined with stills provided by the University of Calgary’s Rothney Astrophysical Observatory to create a type of map for Hildebrand to locate rare meteorites (image above). After studying the photo, experts have determined that the meteorite was likely carbonaceous chondrite, a type of meteorite which originates from the Outer Asteroid Belt. 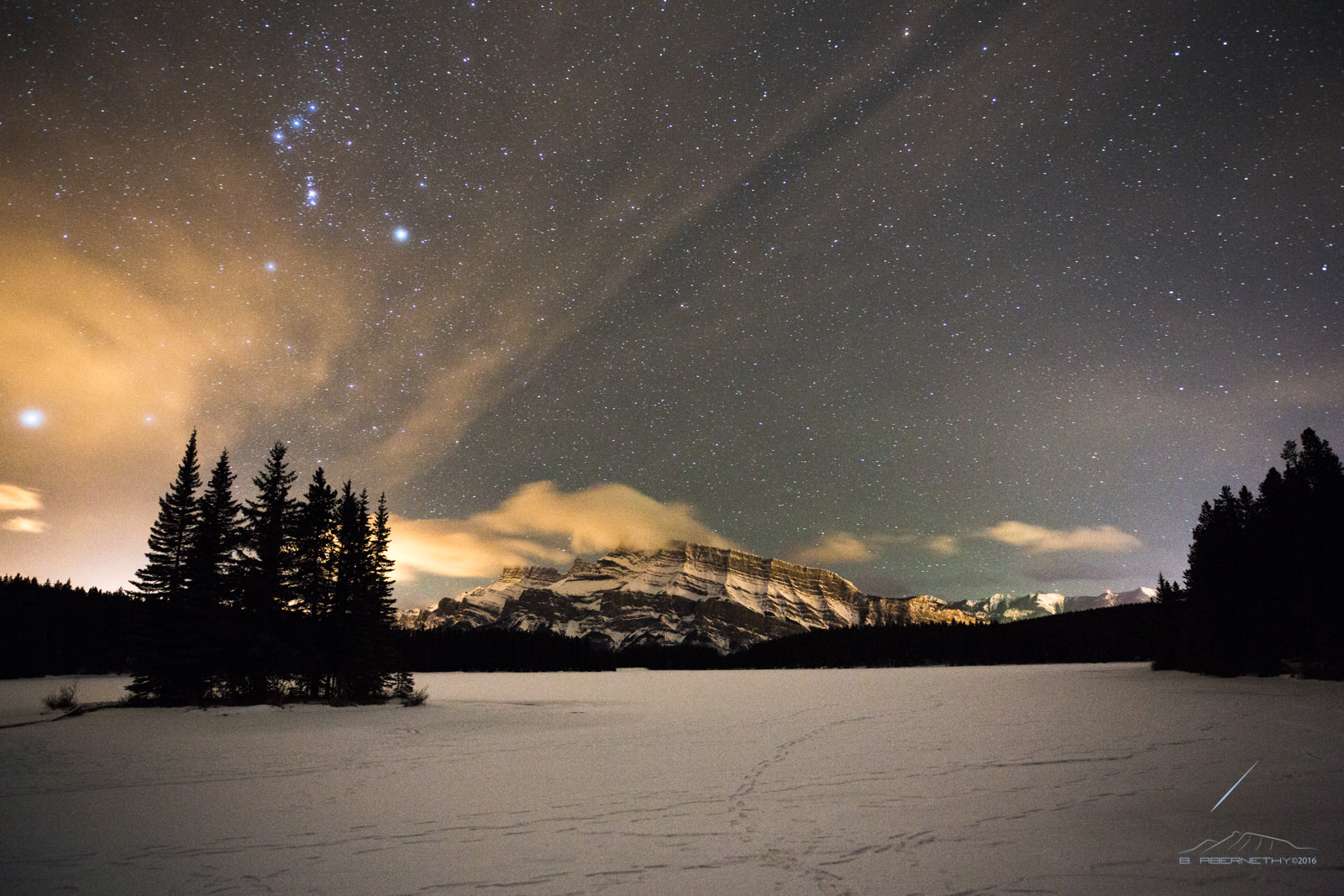 While it’s undoubtedly important to be in the right place at the right time, Brett drives home the point that persistence is key. A regular visitor of the park, he has noted, “We get out enough that eventually, something like that’s going to come together for one of us, and it did.”

Whether you chalk it up to luck or persistence, or a perfect mixture of both, there’s no denying this eye-catching shot one-in-a-million. If you’re looking to see more of Brett’s work, be sure to stop by his Flickr and website.

Emma is a freelance writer based in Ontario, Canada. Starting out as a ghostwriter in the industry, Emma has written for various photography publications. She now divides her time between blogging, writing fiction and studying photography.