PHLEARN MagazineLeo Rosas Explains How He Got This Amazing Skateboarder Shot 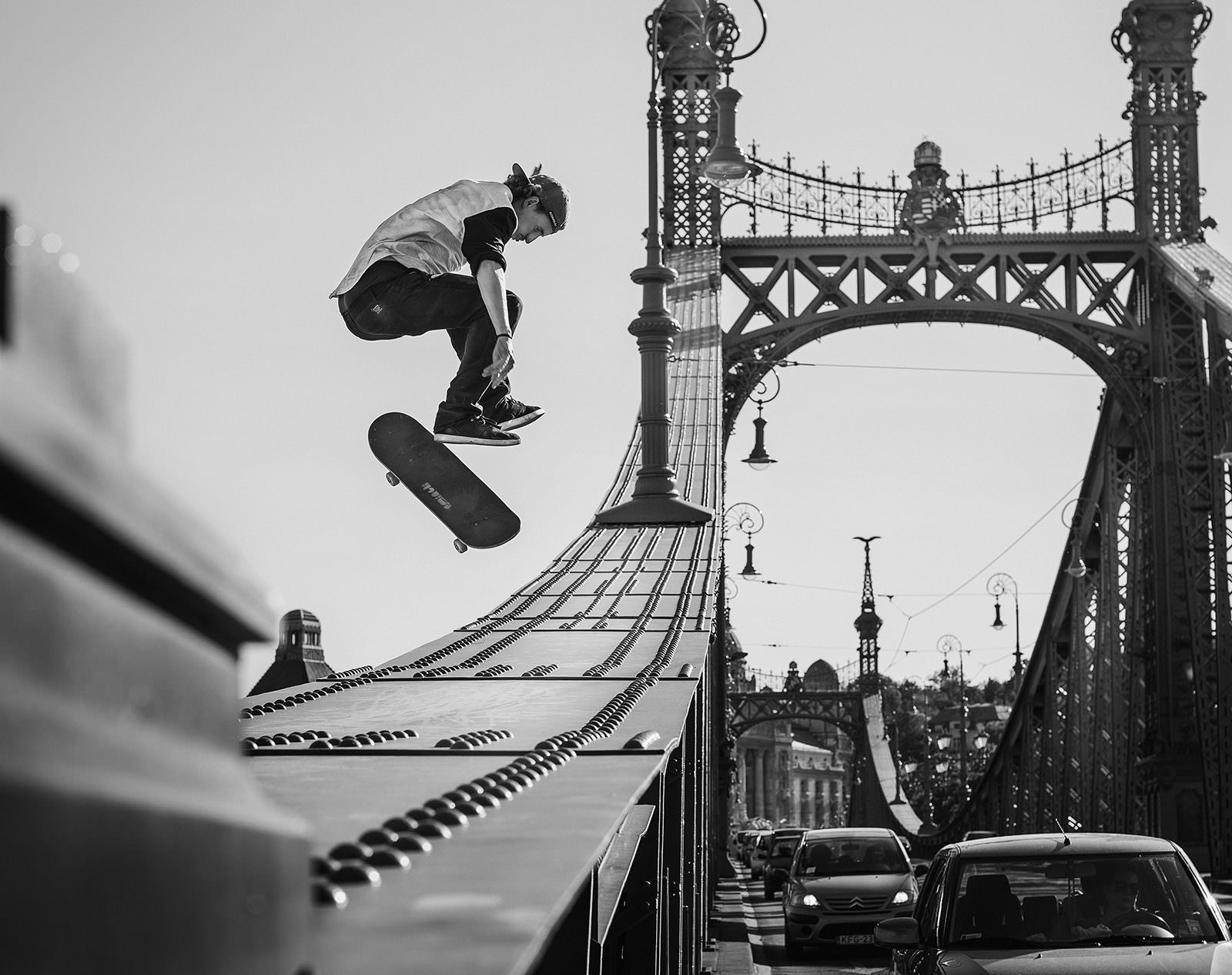 Leo Rosas never misses a chance to find, hang out with and photograph local skateboarders when traveling to new cities. The editorial and commercial photographer specializes in urban action sports and lifestyle, and his love of skateboarding has led him to shooting the sport all over the world. Here, Leo explains how he captured one particular shot of a skateboarder on the arched beam of the super busy Liberty Bridge in Budapest.

When I have the opportunity to travel somewhere, I try to contact people, to connect with the locals using social media or try to find somebody who knows somebody. This skater, this was the first time I met him. His name is Lajos Petranyi, a super nice guy who is always eager to talk to tourists in English, help visiting photographers and skateboarders find great locations, and help produce content no matter what time. 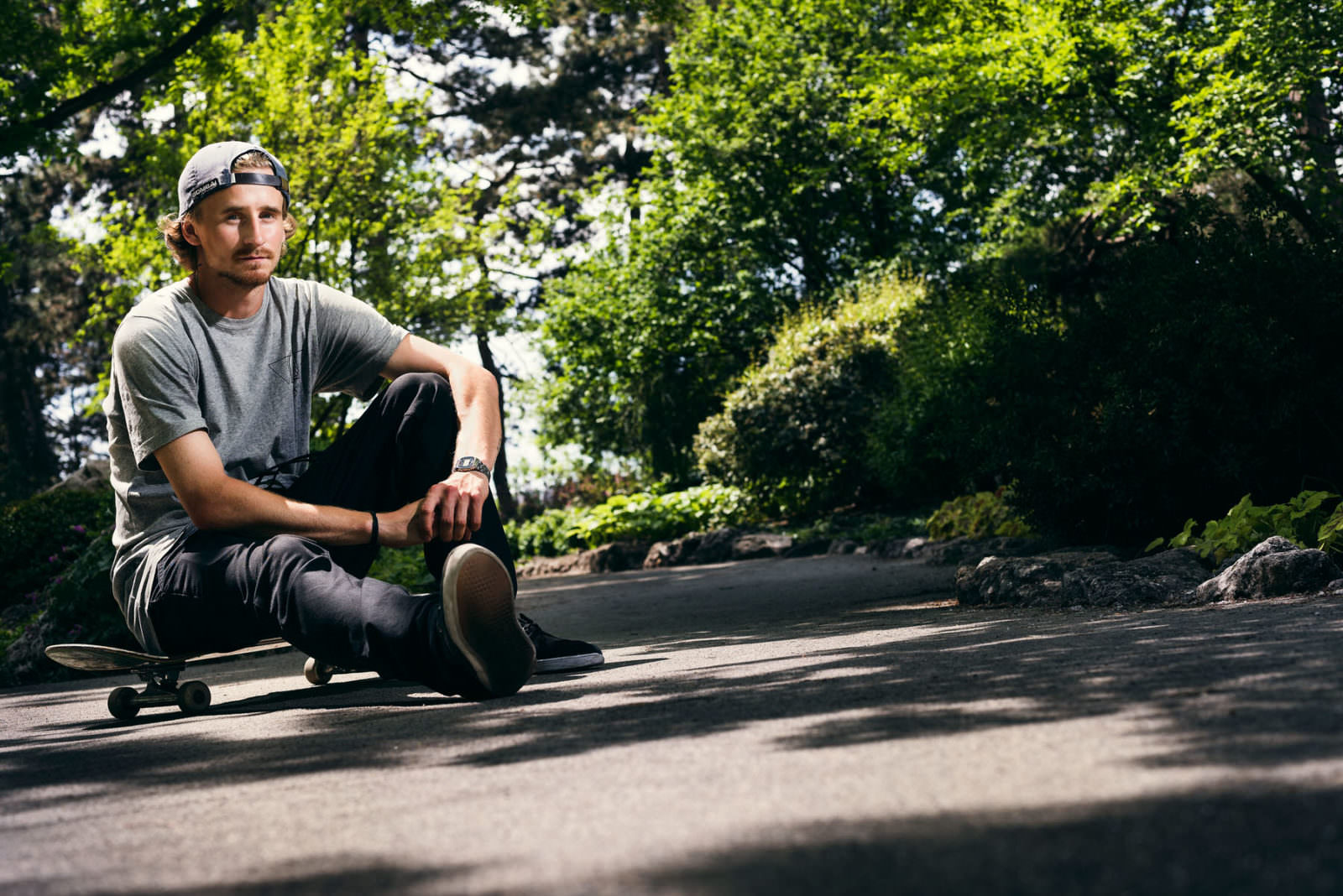 The image on the bridge was taken in Budapest about three years ago. We went skating and this photo was taken on one of the main bridges of Budapest, the Liberty Bridge, if I’m not mistaken. I saw that there was this space where he was able to roll up a little bit. The space was hardly anything, barely any space. Lajos probably wouldn’t have tried to do a trick there if I hadn’t asked him because it’s not really a place to go and skate.

The traffic was non-stop, and thankfully, he’s a good skater, so that was not much of an issue. He was scared the first couple tries, but I said, “Hey, look what it could be.” I took a picture without him in it and showed him, “This is what we can do and you can be in this position.” So, he said he would give it a try, but he didn’t think it would work because it was such a small area. He tried once and didn’t make it, but when I showed him the shot and how it could look, he got super excited and tried harder until he made it. It took a few tries getting comfortable because of the noise of the cars and the sketchy spot, but then he did it! 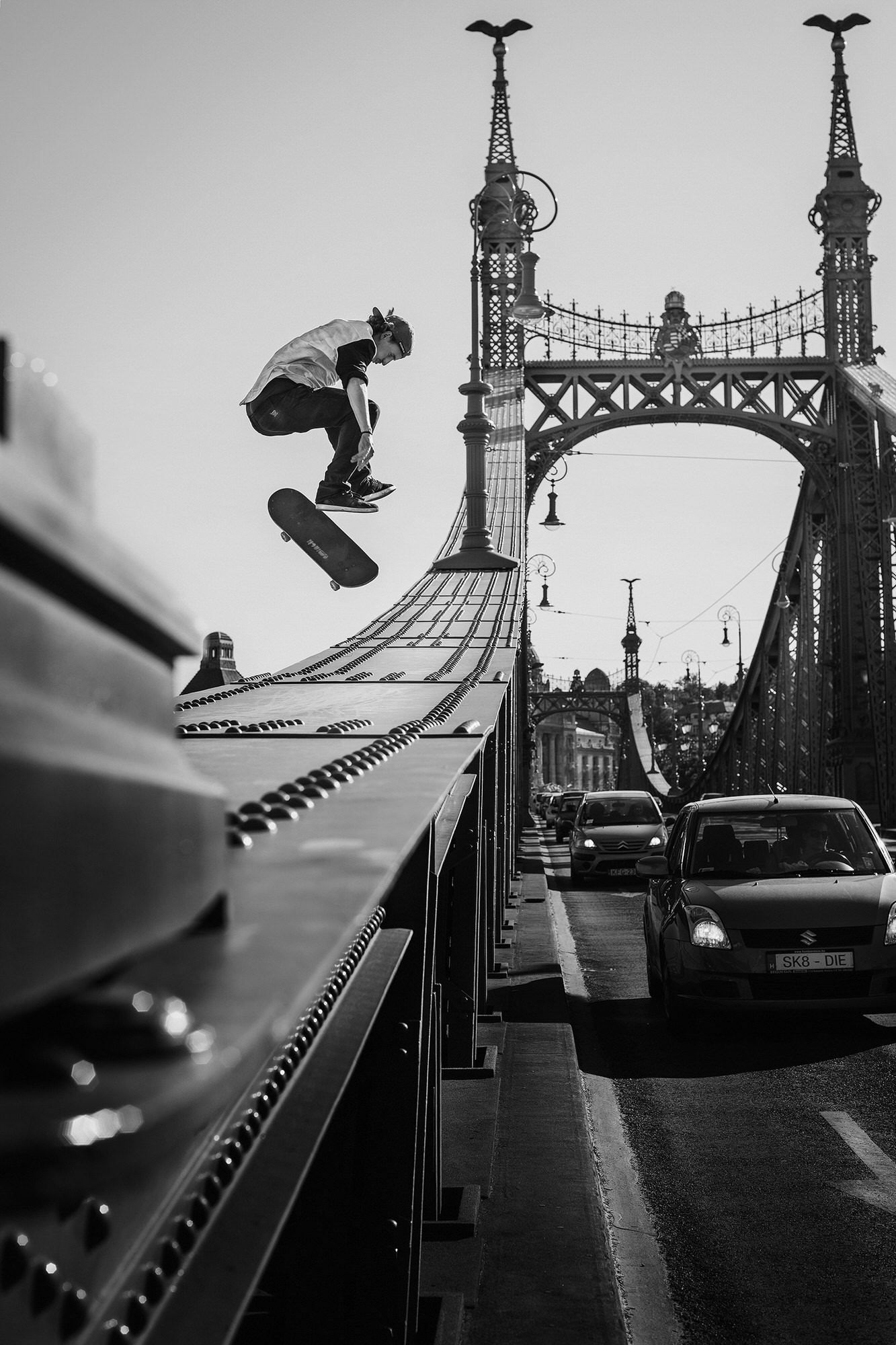 What’s funny is that while none of the drivers stopped or complained, there was one guy walking by who stopped Lajos and said he was an undercover cop. He said that if Lajos didn’t stop he’d take him to jail. I was behind the camera and didn’t really hear it, but when I went over, Lajos told me the guy had shown him his badge. That happened after only the first try at getting the shot. After that, we walked to the other side of the bridge and kept shooting.

No one else stopped us or complained about it; we spent maybe 10 minutes doing it. On the other side of the beam, there’s a walk path, so it was fine. It was safe. But, it was a bit scary for us because he could have slid into a car, so that’s definitely not something that I would tell people to go and do; it’s not very responsible.

Skateboarding, in general, is kind of a risky sport. That’s what I take from the spirit of the sport that officially introduced me to photography. 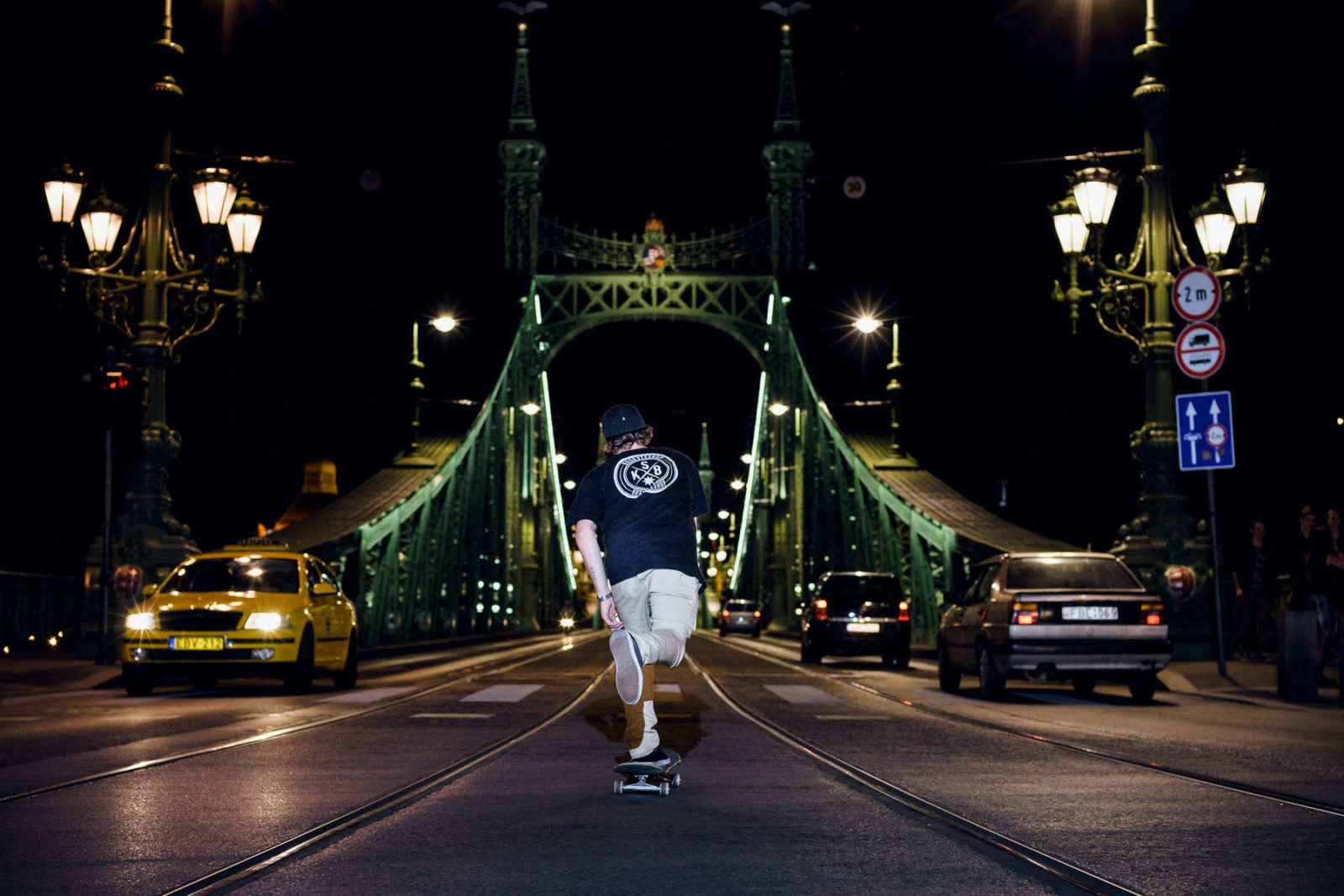 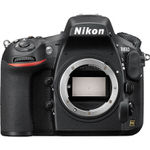 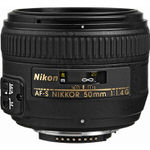 Brief brushes with the law aside, the final image turned out great! The risk-taking duo definitely pushed the limits with this one, but it’s all part of the game. Skate or Die, right? By the way, did you notice that motto in the photo? It’s there, take a look!

If you want to see more of Leo’s skateboarding photography and other projects he’s working on, check out his website. You can also find out what’s in his camera bag to really understand how he gets the shot.