PHLEARN MagazinePeople of Afghanistan: Intimate Portraits of a Forgotten People with Jakub Rybicki 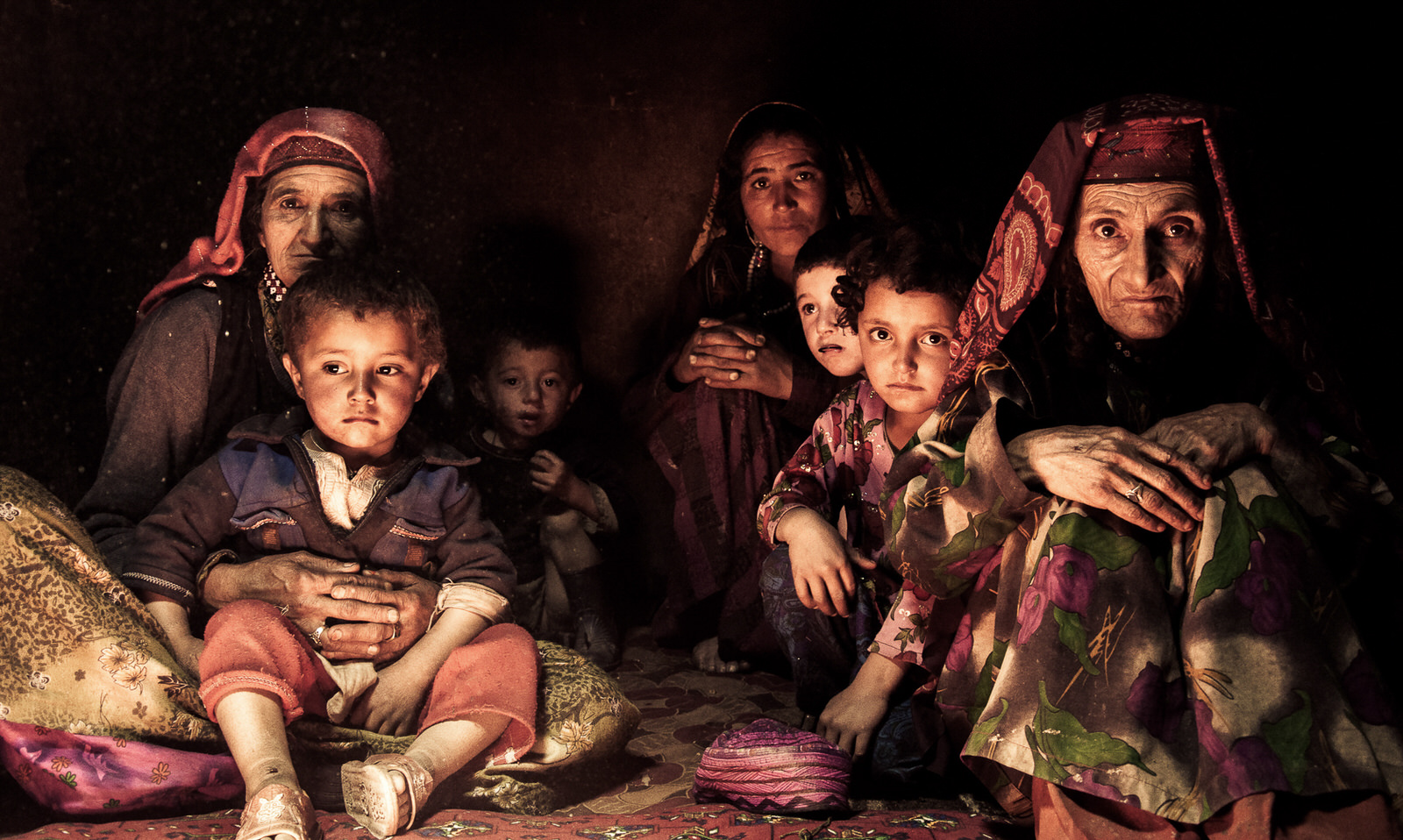 Jakub Rybicki describes himself as a travel photographer, writer, and cyclist, but he is so much more than that. Journeying across the globe in search of stories that drill to the very core of human nature, he has a knack for catching the vibrant, tell-all moments that tend to slip by the rest of us unnoticed. Moments which are, in his own words: “stories told with vision.”

Offering photo tours and expeditions, he brings others along for the ride (and the opportunity to catch a few stories themselves), but his own images speak in a way that is impossible to replicate. His travels to Iceland, Greenland, Tibet and beyond have yielded sweeping landscapes and colorful, dynamic portraits that are hard to look away from, capturing everything from star-filled skies to giggling monks. His trip to the Wakhan Corridor in Afghanistan, however, explores a depth of feeling and sense of adventure all its own.

Nestled peacefully in a hotbed of conflict, the Kyrgyz and Wakhis who make the Wakhan Corridor their home are blissfully isolated from the violence surrounding them. Though illness and death are never far off due to lack of modern medicine, terror is as remote as the valley in which they live.

Jakub’s portraits from this region show a side of Afghanistan that is surprisingly relatable, giving an almost idyllic face to a part of the world almost unanimously associated with fear and brutality. They remind us that even in the most opposite cultures, people are not so very different from one another. Here, Jakub talks about his experience with the Wakhan Corridor and its inhabitants. 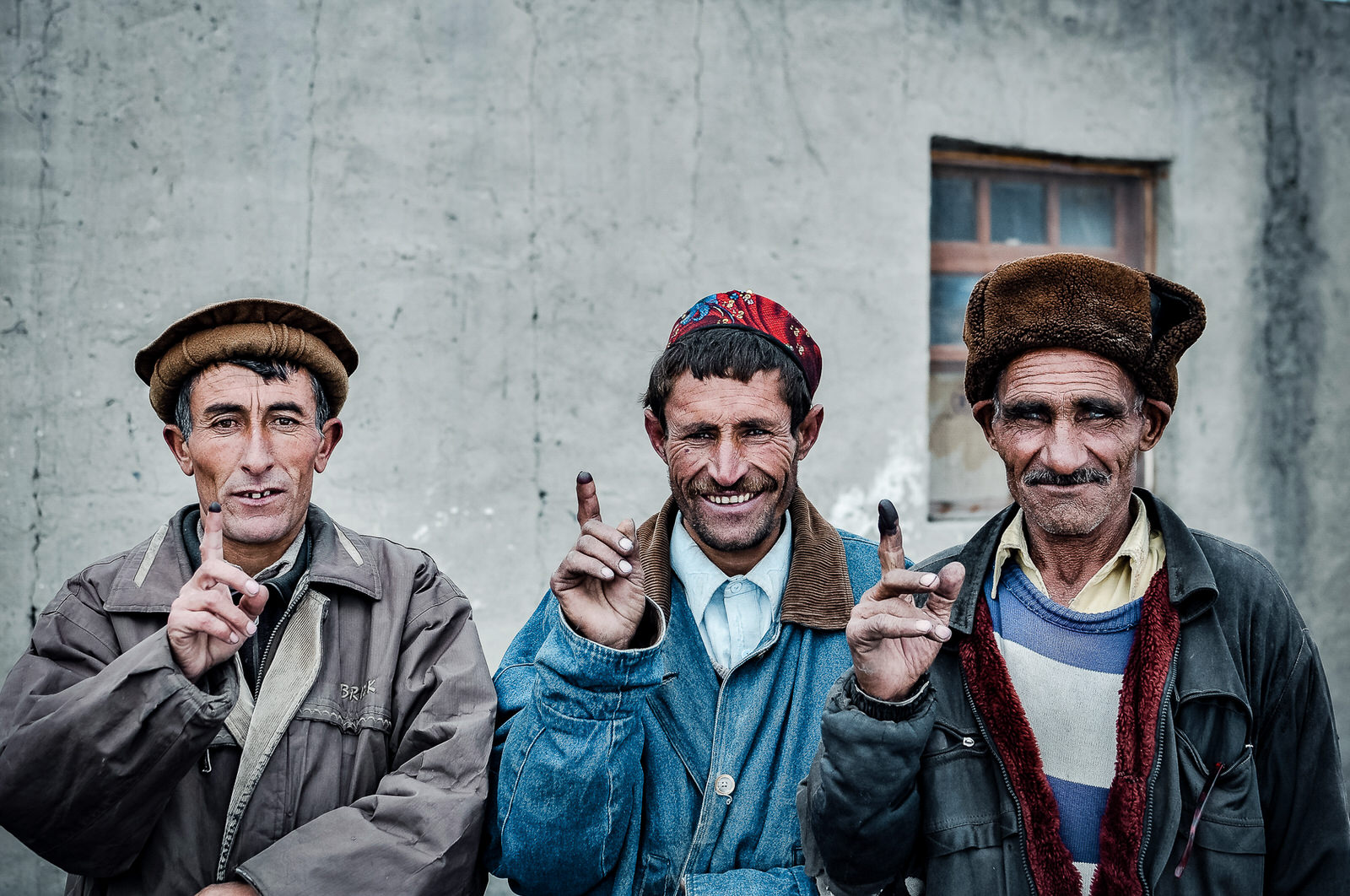 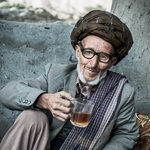 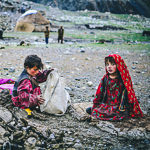 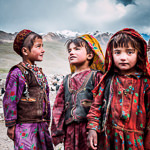 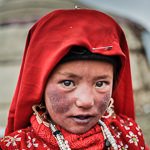 Life is full of strange coincidences. When I was first offered the opportunity to climb the highest mountain in Afghanistan, I was hesitant. You don’t hear too much good news from that corner of the world and going there seemed pretty crazy.

One evening, I was looking through an old National Geographic magazine from the early seventies which I had bought a few months earlier in an antique shop. Inside the issue, I came across a report from the exact place I intended to go – Wakhan Corridor. I took it as a sign and hesitated no more.

It turns out that 40 years later, almost nothing has changed. In fact, not much has changed since Marco Polo traveled this land in the 13th century. The region is remote and difficult to access, protected by the Hindu Kush, Pamir and Karakoram mountains, vast and empty.

There is one road that is accessible only by a 4×4 vehicle, as it is often flooded or obstructed by rocks. The popular cliché of “travelling not only through space, but also time” becomes surprisingly real here. The further you go into the corridor, the fewer signs of modernity you find. Finally, the “road” ends at the foot of the mountains. From this point, you have to travel on foot or horseback to reach the vast plains of Little Pamir, where the Kyrgyz still practice their traditional, nomadic way of life. 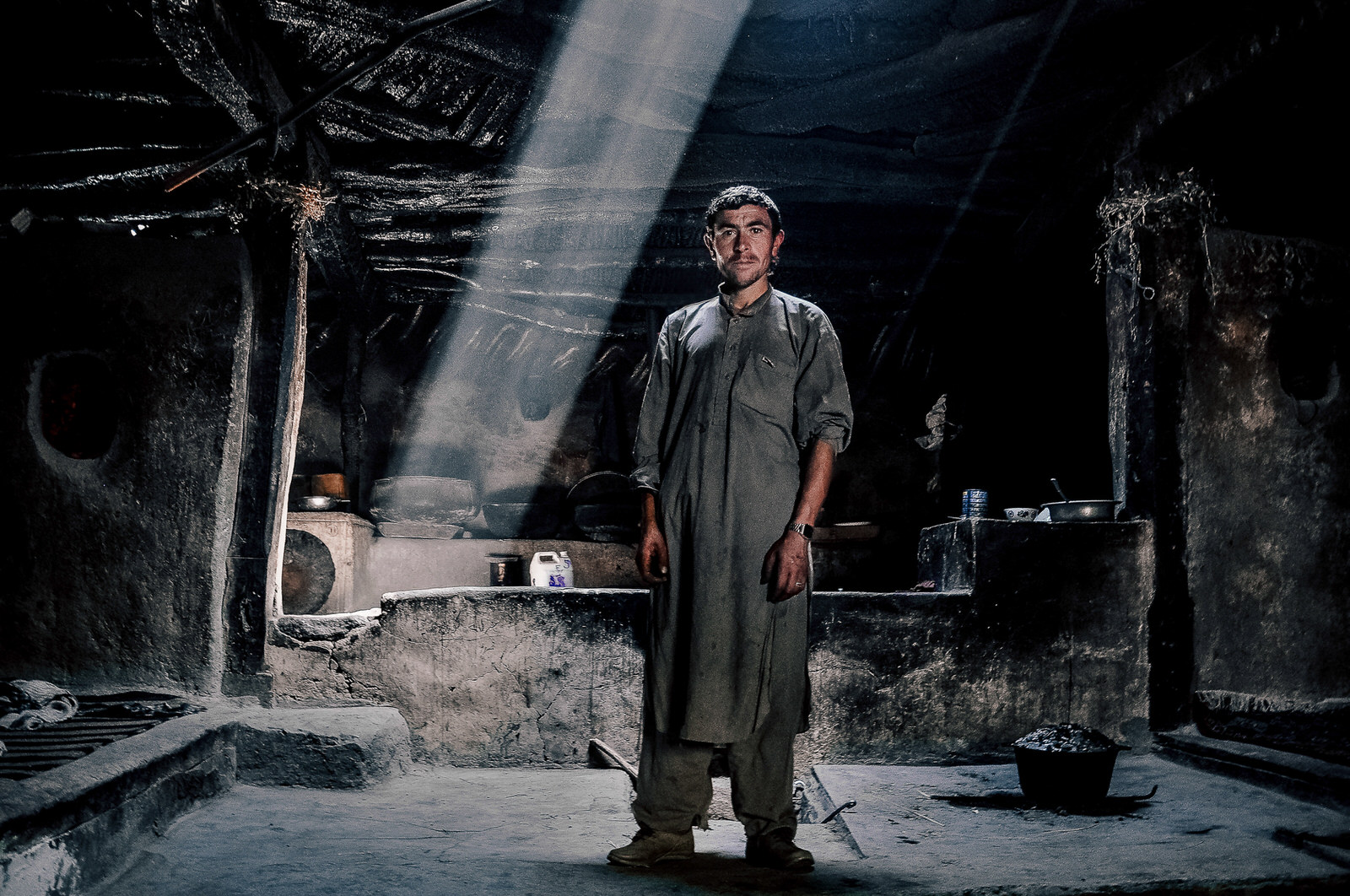 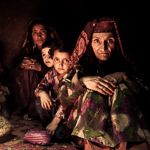 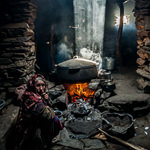 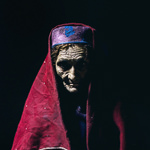 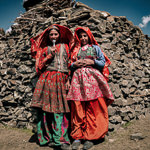 Villages in the valley consist of mud brick houses with a hole in the roof, which acts as both a window and a chimney. In the middle of every house there’s a hearth, where the ladies of the house cook meals. Thanks to the Aga Khan Foundation, there is usually a school and a small “forest” planted by foreign NGOs. Wood is precious, as whole valleys are treeless. Livestock excrement is used as fuel for fire. It’s highly efficient (and surprisingly not smelly). Higher in the mountains, shepherds’ villages look much poorer, with houses made of stone and no infrastructure at all. Families spend only the warmer months there.

The main dish for shepherds is salty tea with yak fat. Rice with fat is good for late dinner, but they hardly ever eat meat during summer months. We had this rare but unpleasant opportunity however, as one of the sheep was taken by a snow panther and the leftovers had to be cooked instantly.

At the end of the corridor we arrive in the Kyrgyz settlement Kash Goz, distinguished by a large satellite dish and solar panels for electricity.

Waking up to such incredible views would be the dream of any city dweller yearning for wild, vast spaces, but in fact the living conditions are extremely poor and the infant mortality rate is among the highest in the world. You have no time to enjoy the landscape when you have to go with yaks to the pasture. And don’t imagine vivid green meadows – occasional tiny clusters of grass are all they can get. 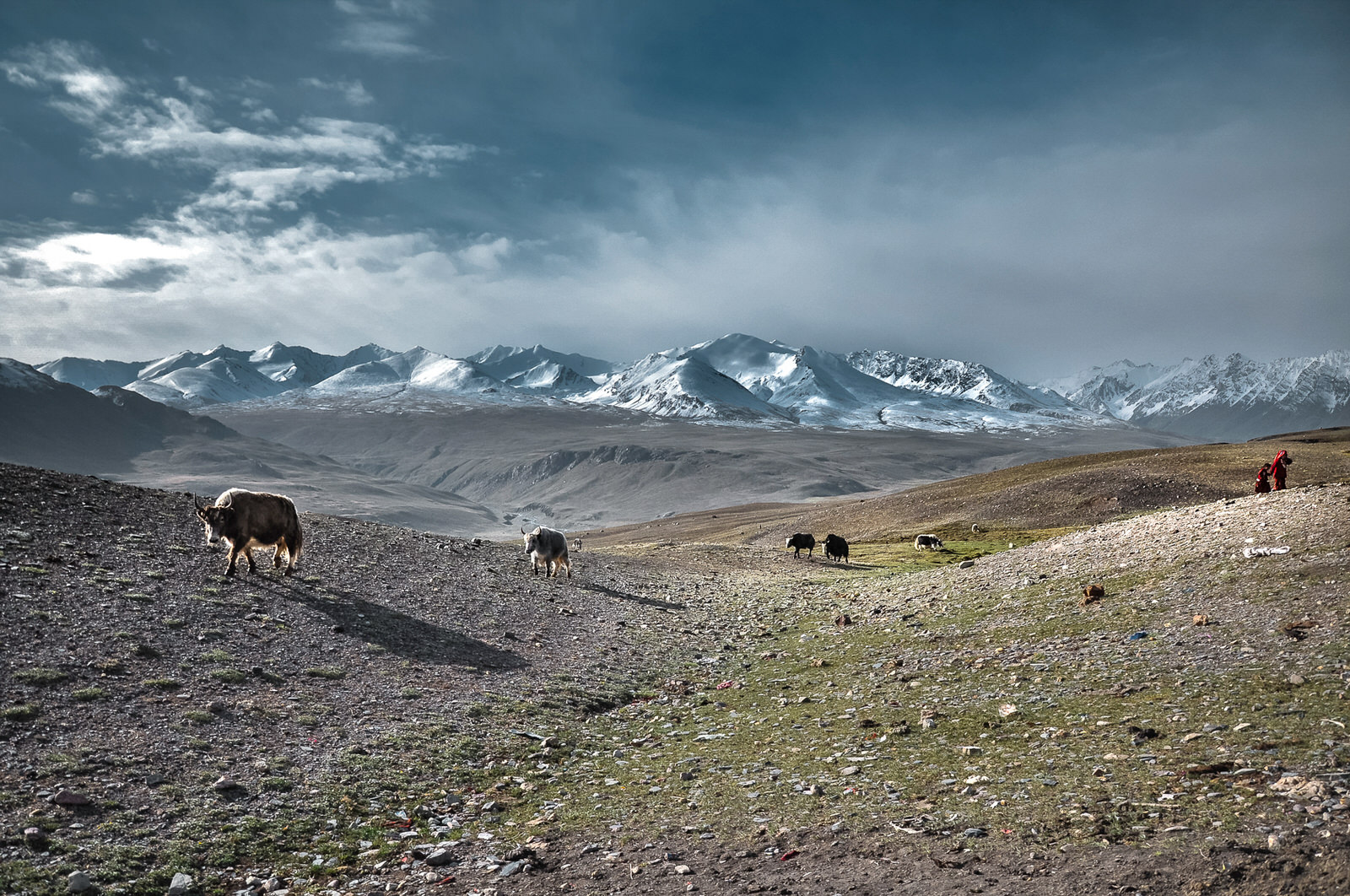 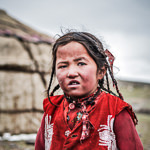 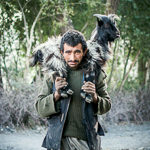 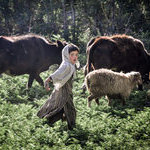 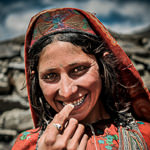 I had the chance to see Afghan democracy in action. Elections to the parliament were held during the last days of my trip. I watched party lobbyists go from house to house, encouraging people to vote for their candidate. Voting itself is not easy, as the vast majority of people can’t read or write. Each voting card has both numbers and graphic symbols that are easier for the common folk to understand. Black ink on their fingers indicates that they already have voted. Women have an active and passive right to vote, and a certain amount of sets are reserved just for them. The tractor was going all day from Sarhad village to the voting point, carrying women willing to decide the fate of their country.

In the middle of this vast plain are the remnants of a Russian military base. There was no war here, because what would anyone fight here for? What could soviets do, take their sheep or yaks? Could locals fight them with their ancient rifles, some of which I would estimate to be a century old? It’s a peaceful land and despite the gloom of modern reality knocking louder and louder at its door, it seems it will continue to remain so.