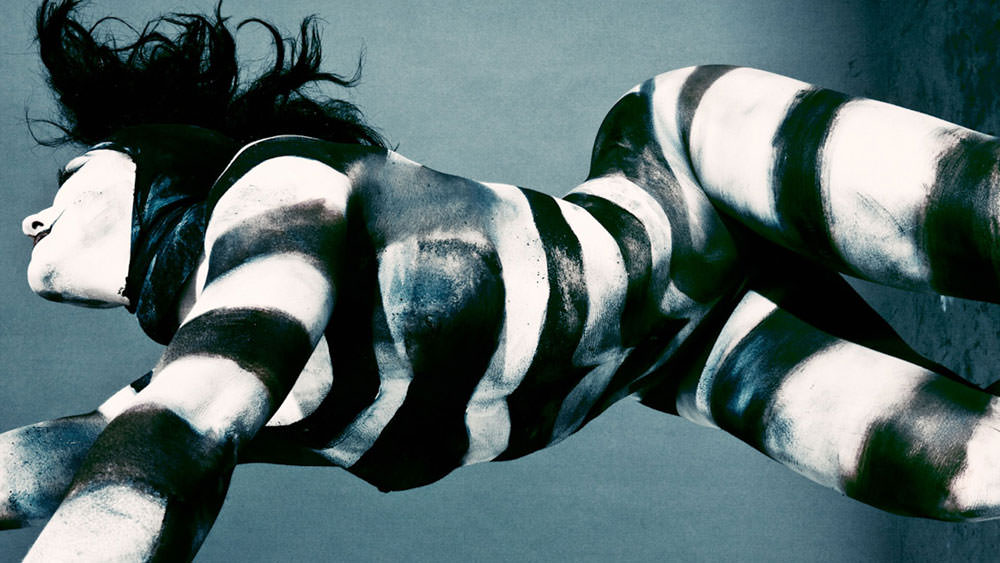 Matilda Temperley was born on a cider farm in Somerset, England in 1981. After pursuing a career in tropical infectious diseases she happened upon photography. She claims to be naturally unobservant, and as result uses her camera as a tool for opening up the world and looking.

She is currently based in London and divides her time between commissions and her personal work, which is inspired by marginalised groups and societies, as well as her passion for the circus. Matilda is currently working on her second book Bodies – The Human Zoo, a celebration of physicality, performers and the human form.

Matilda has been featured in countless magazines and has participated in a plethora of solo and group exhibitions. Her work is also represented by Lumitrix.com and is available for purchase there.

Join us for this insightful interview with Matilda Temperley, where she talks with us about fashion and inspiration. We go into detail about her work surrounding the Somerset Floods, her “Ugly Cards” series, as well as her work created in Africa. I loved talking to and getting to know Matilda, I hope you do too.

When studying your background I was surprised to find out that you had a very different career before photography. Tell us about your career before in the science field, and what made you switch from working a “normal” full-time job to working as a full-time photographer?

I worked for the London School of Hygiene and Tropical Medicine which is also where I studied. It was not a normal office job, as I was often doing field work in Africa or Latin America, but at some stage I decided that I didn’t want to be doing the same thing ten years from now. I looked back on my childhood ambitions and decided photography was for me.

People and places inspire me. Although never cities. I need frequent trips to the countryside to keep me going.

Within your photography you participate in creating all kinds of work. Photojournalism, documentary, portraiture, fashion, and conceptualism. Do you have a favourite type of photography that you like to do? (What stands out above all the rest?)

I love being able to have a varied life. I like each thing for different reasons but documentary photography and telling a story is why I became a photographer in the first place.

Since you “happened” upon photography after a career in science, I have to ask, how did you learn about photography and retouching? Did you attend classes, go to school, watch tutorials, or are you self-taught for the most part?

I am self taught. Initially had a lot of time on my own when I was working as a scientist in Uganda to feel my way around a camera. In hindsight I wish I had taken lessons. It would have been a far easier and quicker progression.

What is your proudest moment as a photographer?

At the very beginning when the Michael Hoppen Gallery took some pictures to Paris Photo.

When looking through your fashion portfolio, I feel like I’m looking at a magazine. Your fashion photography is striking, engaging, beautiful. I am curious, what is your personal definition of “fashion?”

I have actually never thought about that. When I take fashion images I like them to be relaxed and more candid than forced.

As seen in many (or really, all) of your photo series, you have an impeccable capability to capture beauty and wonder in the most obscure and unexpected ways. I wanted to take this opportunity to talk to you about your specific bodies of work.

In 2014, you were there to photograph the unfolding events of the devastating Somerset floods and their legacy in Somerset, UK. How was the experience of facing a photography project that was so personal to you?

In the beginning I was not in Somerset. As soon as I heard about how bad the floods were and saw my grandfather’s house I wanted to photograph it to get it in the press. It was personal and therefore much easier. I knew most of my initial subjects and the landscape, so I was comfortable and social.

At times, you were seriously putting your life in danger to get the photograph that you wanted. Submerged in water that would be past your hips you would continue to shoot. What kept you so motivated through the danger?

I didn’t feel it was very dangerous as I was so familiar with everything that I knew the pitfalls.

You launched a KickStarter campaign to raise $7500 for the purpose of publishing a book titled Under the Surface, which is a book compiled of images from the devastating 2014 Somerset floods. The campaign was successfully funded, and surpassed the goal with a final total of $10,542. First off, how exciting was it know that so many people supported you and the publication of this book? It must have been very exciting and overwhelming at the same time.

It was wonderful. I was delighted to get the money from the Kickstarter campaign. The support from the community has been brilliant all along. It was just as well because I have come to realize making a book comes with a huge amount of hidden costs.

(Interviewer’s note: Shortly after the goal was surpassed for charity book Under the Surface, there was a problem: Matilda Temperley handed over £5000 for the down payment of her book, and almost immediately after, publisher Butler, Tanner & Dennis, who were due to print, announced they were going out of business. The publishers refused to talk to her, so as a last ditch attempt Matilda chained herself to the gates of the company to attract the attention of CEO White.)

First off, WOW! I am beyond impressed, amazed even. What came over you to do this? How long were you chained to the fence?

It was desperation. I knew their bank accounts were to be frozen two days later so it was my last chance to get the printers attention. I wasn’t chained to the fence, but across the whole entrance so lorries could not come and go. It took an hour so actually no time at all and half of that was spent with the CFO organizing a transfer.

Secondly, was it a success? Did you gain the right amount of exposure that you needed to make things right?

It was a success. I didn’t actually want the exposure from that incident – I just wanted my money back and that was enough.

Finally, when is the book due for publish, and where can we buy it?

Please tell us who are some of your greatest influences? Favourite artists and/or photographers?

I have many – My favourite photographers are Sebastiao Salgado and Sarah Moon.

Tell us about your series “The Ugly Cards.” What was the original intention of the first image from the series, and was it the same intention as the last?

The intention was to make a fun pack of cards celebrating human diversity. The goal remained the same but the methods changed and evolved as I realized that images for cards needed to be simple because of the size.

How was it creating these photographs and getting to know the subjects you were photographing? Each card could really tell a story of it’s own.

It was a fun project. I already knew quite a few people as I have often worked in the circus world but the stories were the reason it was fun. I interviewed each character about their life and inspirations so the pictures for me are very much secondary to that.

Tell us about your creative process. How do you get inspired and come up with ideas? Do you like to read, write, or perhaps sketch out your ideas before hand?

I read a lot but ideas usually occur spontaneously or in discussions with friends.

And on average, how long would you say it takes for you to “create” a photo. A photo from a fashion shoot for example. Booking models, MUA, conceptualizing, location, shooting, editing?

Ah that’s a piece of string question. It depends on the image, whether it’s a personal project or a commission. Sometimes it’s very quick and sometimes it takes years before I get round to doing something I have planned.

How important is Photoshop and/or post-processing to your work?

For my fashion work retouching is obviously taken seriously but I have a light approach with retouching and it’s mainly used for skin and for coloration. For my personal work – say the floods or the UGLY Cards or my African series I do not generally retouch past colour balancing because the beauty is in the character and the imperfections are part of this.

Tell us about your time in Africa, and your experience photographing there? How long was your stay?

I spend up to a month a year in East Africa and have done so for years. I used to live in Uganda. I love photographing there generally, although camping and break downs can be rough on your schedule.

When photographing the beauty of the people of the Omo Valley, you sometimes photographed things as they were, while other times you brought a portable studio with you to isolate your subject on a plain background. Tell us about your decision to do this? It creates a beautiful visual narrative…

I wanted to isolate people from their surroundings so you see their individuality and there are no distractions to take away from their character.

I have canon 5D’s, a mamyia 7ii, a Nikon f series and various other fun and not so often used cameras.

What’s your favourite photo you’ve ever taken? (Why?)

It depends on the day. It would probably be an African image but I couldn’t choose which.

What are you currently working on?

I always have a few projects that are running alongside my commercial work – at the moment this includes one on land rights of indigenous people and one on senior citizen strippers in Las Vegas.

Do you have any advice to offer us fellow photographers and artists out there?