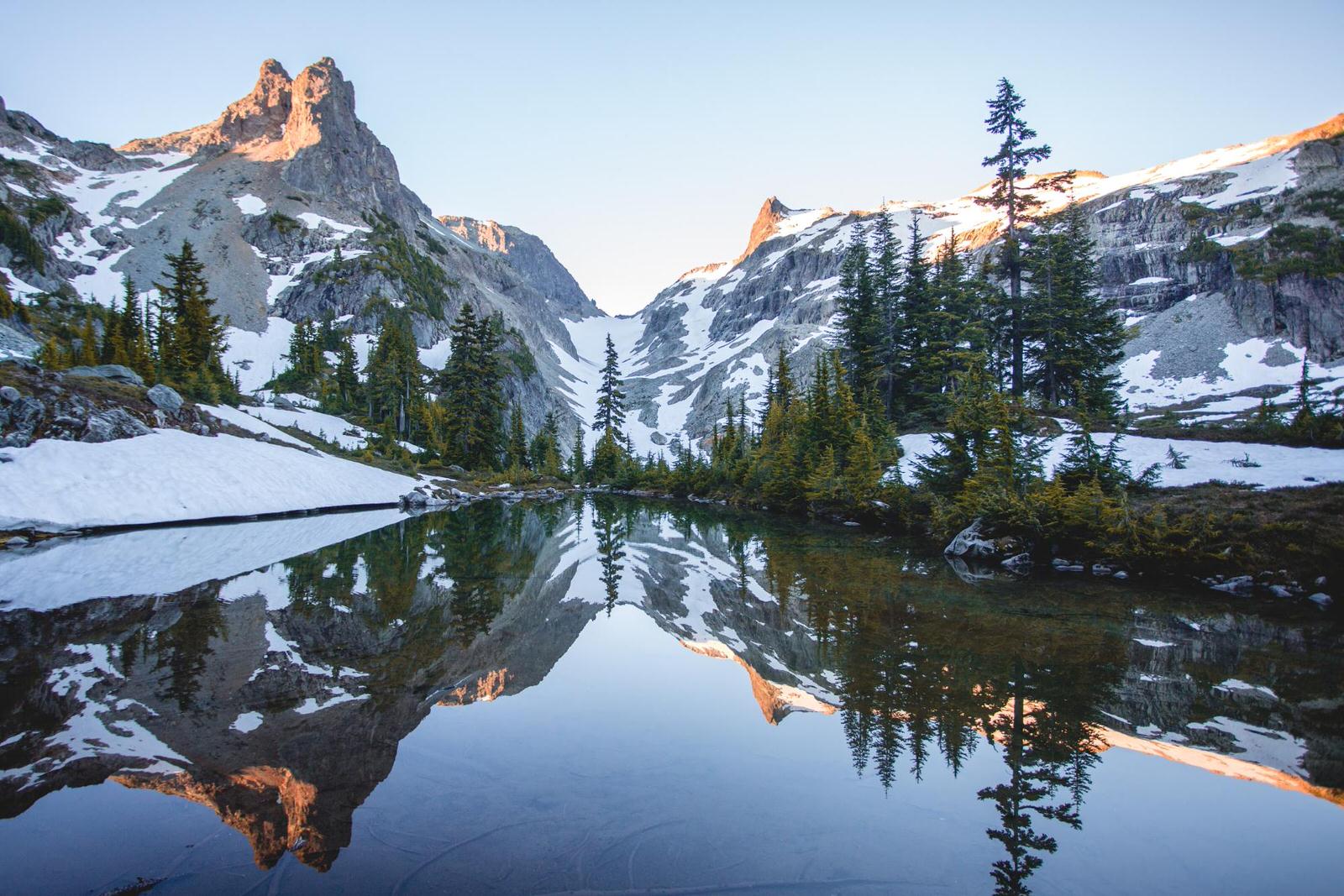 Exploring of the world’s most picturesque landscapes never gets old for adventure photographer Nathaniel Cutshall. Born and raised in Washington state, this 20-year-old nature enthusiast grew up backpacking, camping, and exploring the endless beauty found in his home state. And when he purchased his first DSLR in 2016, he started capturing the spectacular scenery he’s been lucky enough to visit.

In the summer of 2018, Nathaniel ventured into the heart of the Alpine Lakes Wilderness Area, which spans Washington’s Cascade Mountains. 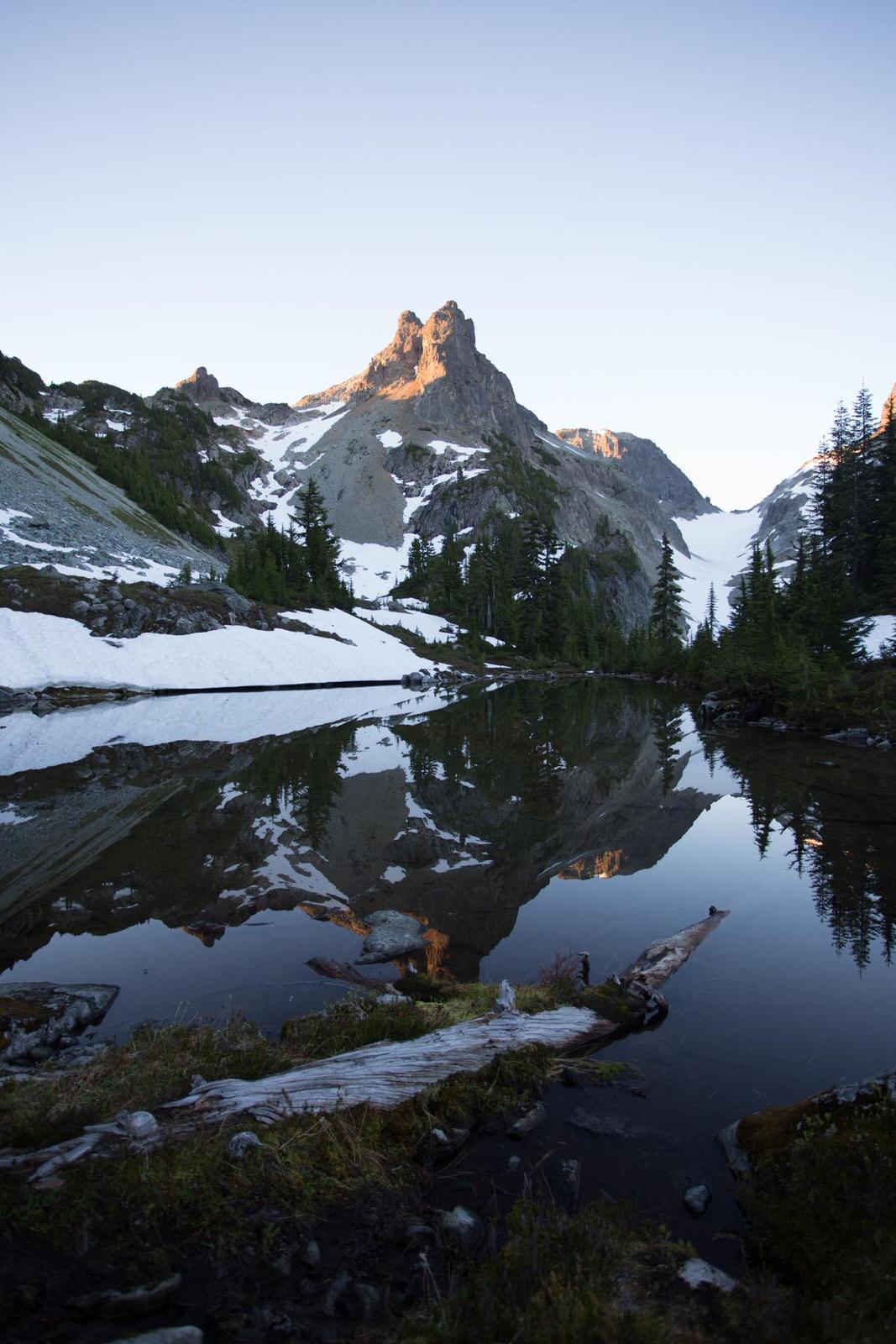 “I enjoy backpacking into different locations to photograph the surrounding landscapes,” he says. “This backpacking trip had been on my bucket list for years, and the timing and conditions finally aligned.”

To make the most of his time in the mountains, Nathaniel began researching the area and pre-composing as many shots as he could before he even left his house. But no matter how much preparation goes into a shoot, there’s always an unexpected surprise, which Nathaniel learned first-hand, when he stumbled across a particularly perfect scene. 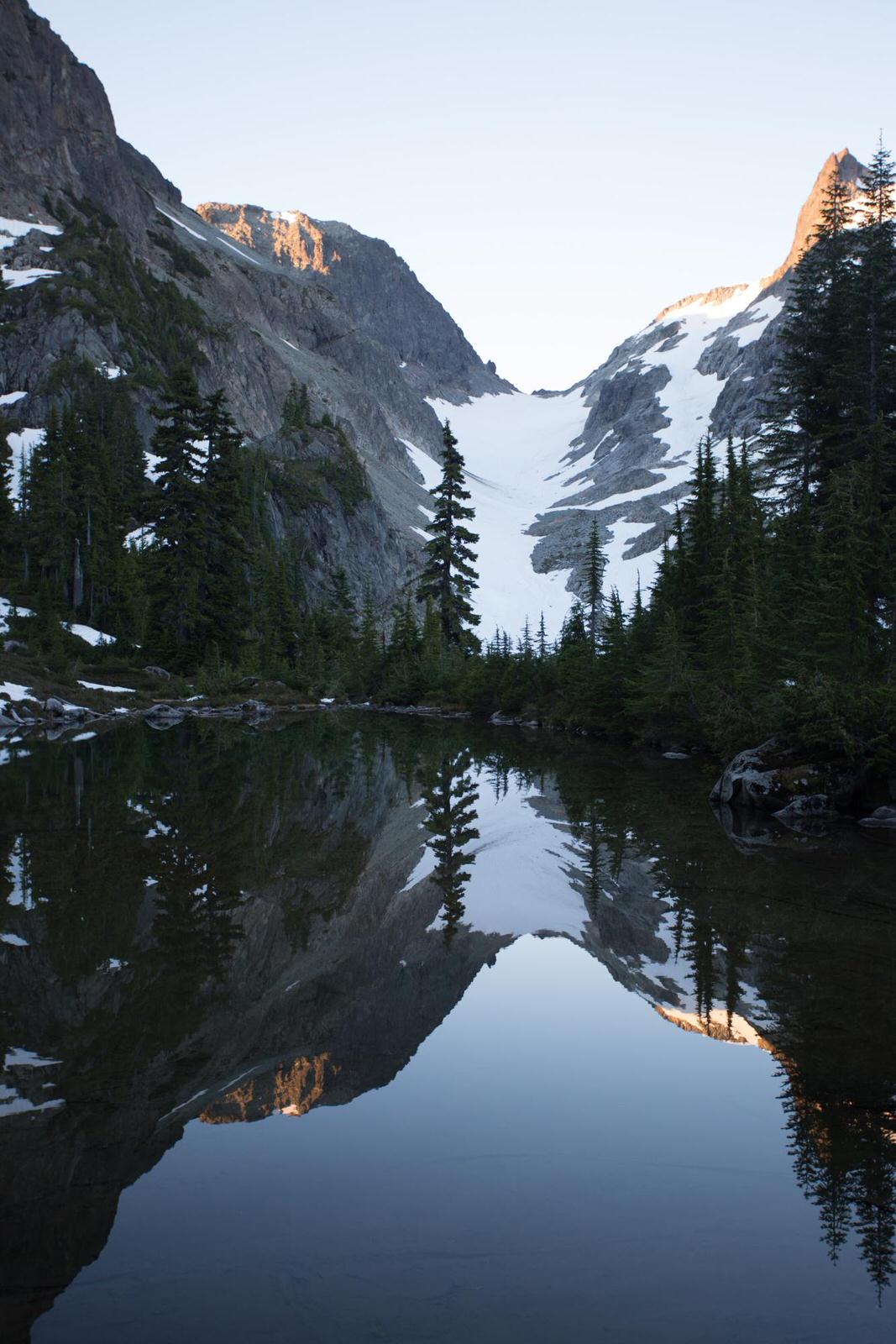 “I discovered this location minutes before the first light of sunrise hit the surrounding peaks, not allowing me to experiment with as many angles, compositions, and focal lengths as I am used to,” he admits. “After a few rushed photographs experimenting with different compositions, I decided on this final composition and waited for the morning light to come.” 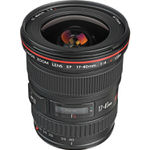 Using the leading lines of the mountains and the symmetry of the reflection, Nathaniel composed his shot around the small tree in the center of the image. He captured the photo with a Canon 5D Mark III and a Canon 17-40mm f/4 lens set to a focal length of 40mm, with a shutter speed of 1/100, aperture at f/4, and ISO of 320. 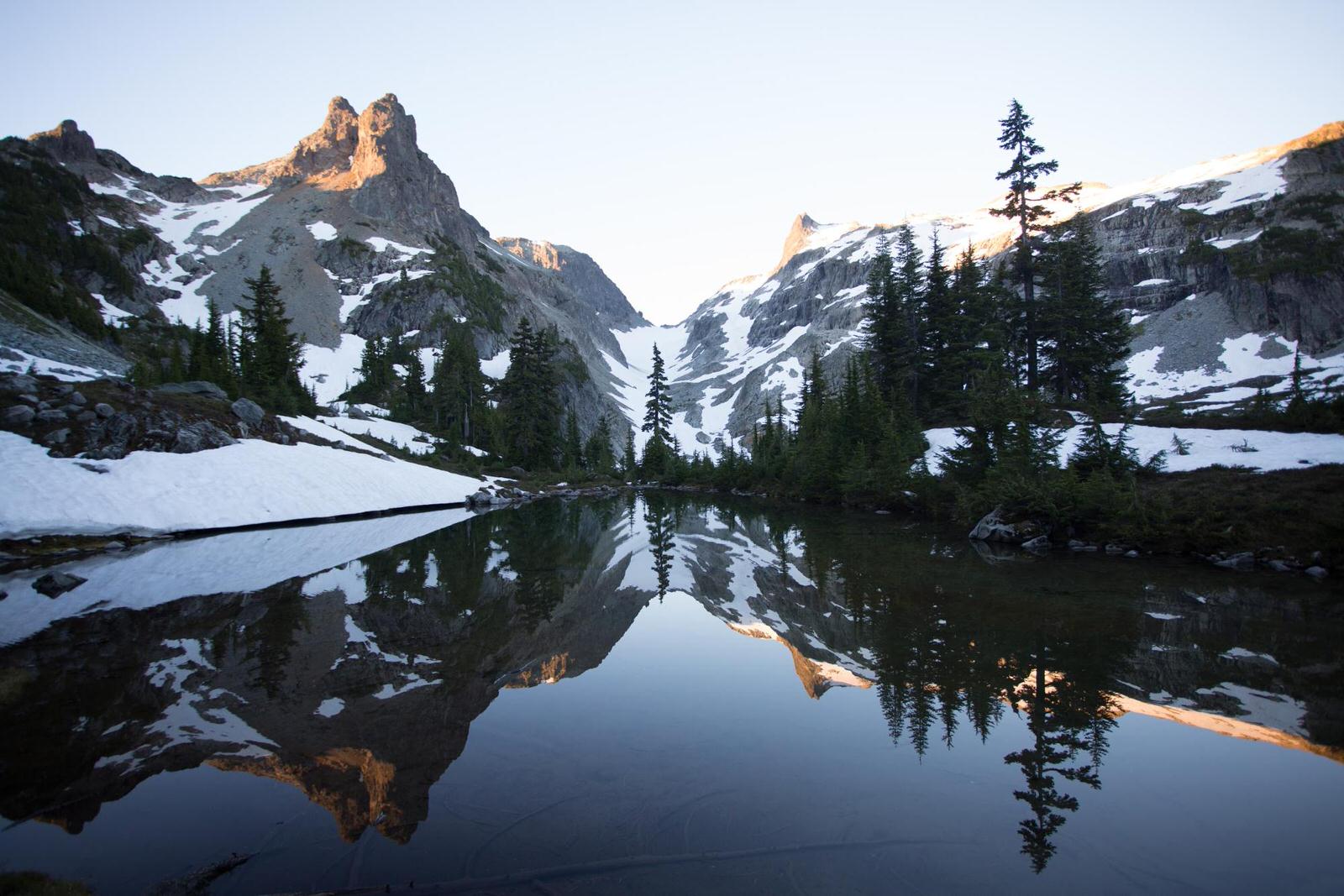 In Lightroom, Nathaniel used shadows and highlights to enhance his image, as well as an inverted radial filter to decrease the exposure around the edges of the shot and draw the viewer’s eye toward the tree in the center.

“I brought up the shadows to show detail in the trees in the foreground, and I brought down the highlights in the sky to bring out the blue color, as well as accent the morning light on the peaks,” he says. “This creates a more dynamic equality between the shadows and highlights.”

For Nathaniel, the final shot captures a moment that he hadn’t anticipated, and offers a composition that not only showcases the striking beauty of the spectacular mountains, but also the little alpine tree that first caught his eye. 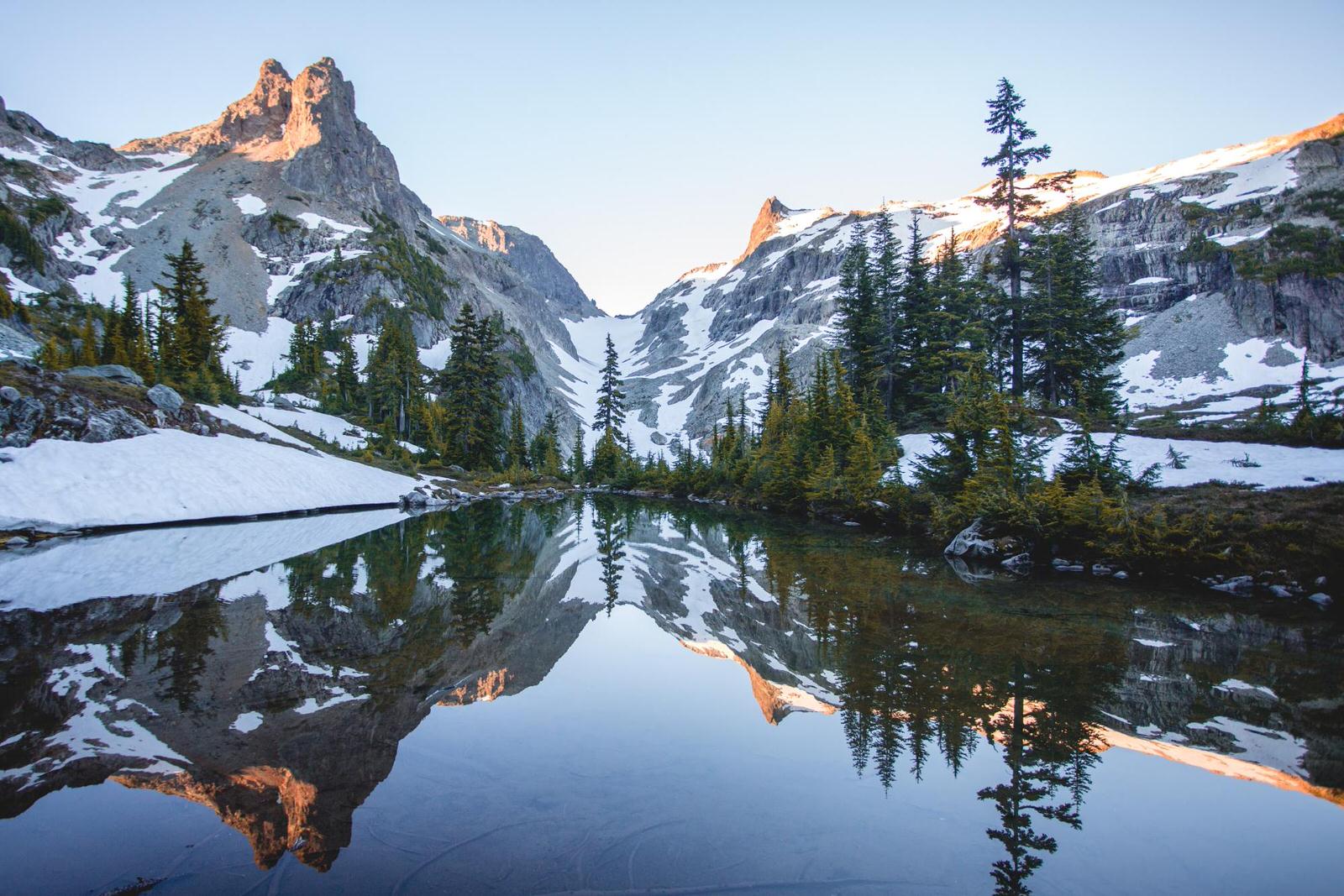 “There are breathtaking peaks, glaciers, and lakes in the surrounding parts of this photo, but all these natural features lead the eye to this one, small tree in the center,” he says. “I’ve always loved the symmetry provided by reflections, but the natural symmetrical composition of the mountains created a scene that holds a very special moment for me. I never expected to walk up on a landscape such as this one.”

Nathaniel’s landscape and adventure photography – both local and international – can be found on his Instagram and on his website, where he sells prints of his work. Custom prints can be requested from his social media, as well.