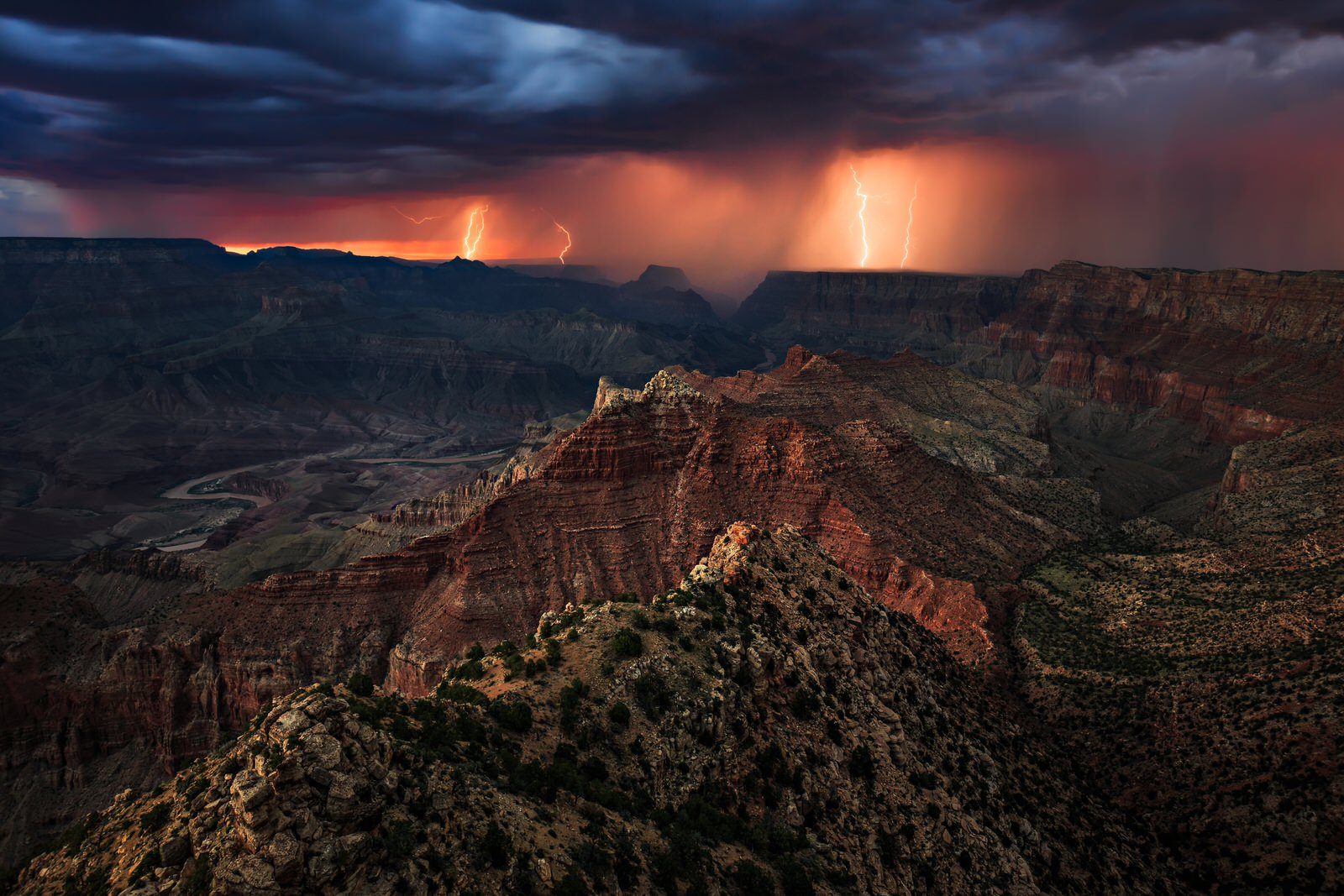 Having spent the last decade exploring every nook and cranny the Grand Canyon has to offer, landscape photographer Adam Schallau is an expert in capturing the beauty of this natural wonder. As the park’s Artist-in-Residence, Adam spends his time passing his knowledge of the Canyon on to others, leading workshops through the national park. 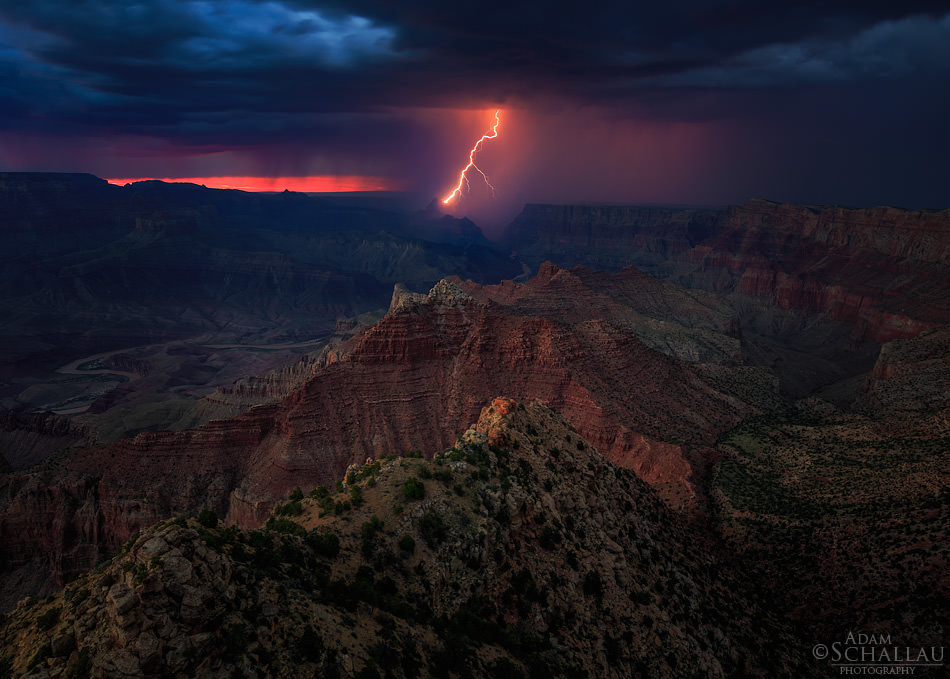 Thunder Over the Confluence

Every year, photographers flock to the Canyon during monsoon season, a dangerous but beautiful period between June and September. Despite Adam’s familiarity with the landscape, the changing climate keeps him on his feet, and the monsoon season of 2012 was no exception.

While the season often brings flash floods and raging thunder storms, Adam sees the beauty in the situation, explaining to Cowboys & Indians Magazine that he “[needs] something going on in the way of weather, whether that’s a thunderstorm, rain falling, lightning crashing down, or snow falling.” Before the season hit, Adam already had this image mapped in his mind. The photographer was hoping to capture the drama of the storm as well as the serenity of the Colorado River, something which could only be accomplished from a handful of positions throughout the park. Adam needed a vantage point where he had both a commanding view of the river as well as an easy escape from the elements – otherwise known as his trusty 4Runner. 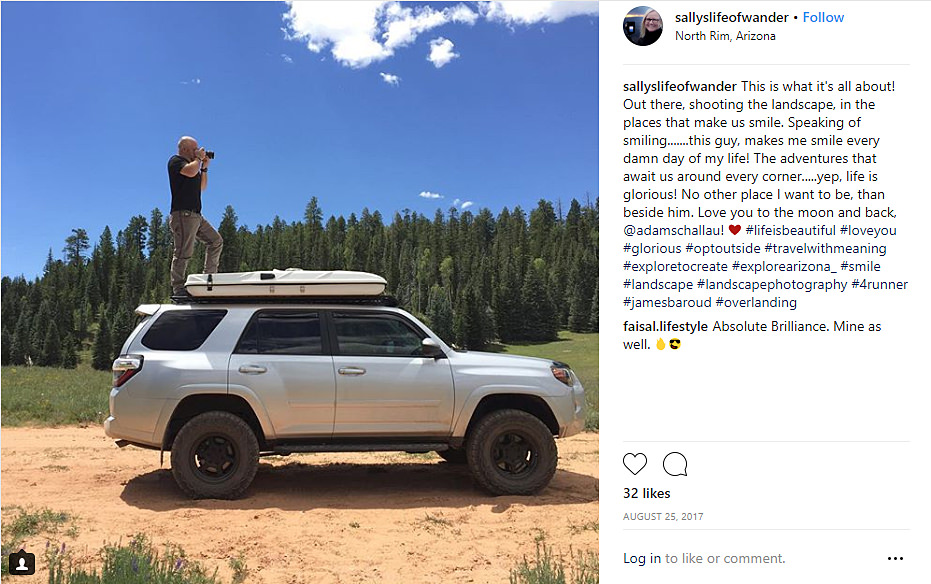 Adam spent the entire day tracking weather patterns on his phone when the perfect storm arrived. Knowing that he only had a few minutes to grab this photo, he took a chance and set up his tripod in the eastern end of the park in an area known as the Desert View Watchtower. Keeping his safety in mind, Adam only got a handful of shots before the storm got too close, making the decision to head for safety once the lightning began striking 10 miles away.

The area featured in Adam’s shot Thunder Over the Confluence has since been a site of conflict, making Adam’s photo all the more spectacular. With developers closing in on an attempt to open a tourist-friendly complex along the canyon, photos like these tend to remind us how much there is to love about the Grand Canyon in its natural state. 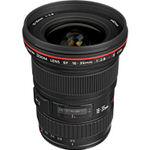 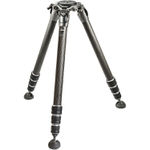 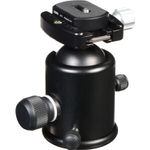 To capture the lightning over the Confluence, Adam used his Canon EOS 5D Mark III, a Canon EF 16-35mm f/2.8L II USM lens and a Gitzo Series 3 carbon fiber tripod & Kirk BH-1 ballhead. In a post on B&H Photo, Adam explained that “the resulting image was captured in a single exposure at ISO 160, f/9, and 30 seconds on the shutter.” That evening, Adam captured multiple images of the lightning strikes across the canyon, selecting this photo because of the single powerful strike.

Once he got started on the editing process, Adam had to select the individual shots he was going to work on. Most post-production work was completed in Lightroom 4, where an S-Curve was added for contrast, blues were desaturated, and chromatic aberrations were removed. 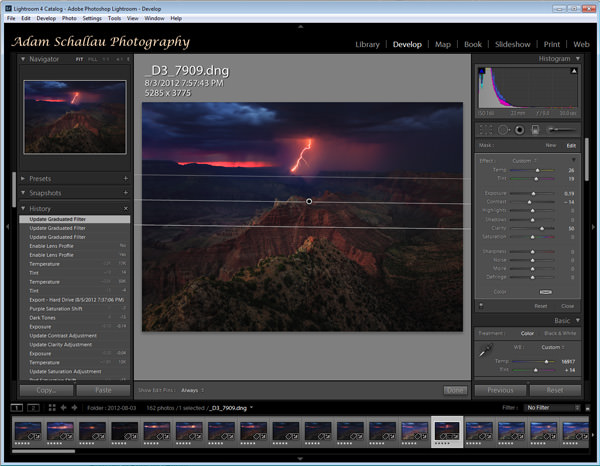 If there’s anything we can take home from Adam’s experience, it’s that you can never really know your terrain too well. His knowledge of the environment helped him capture the beauty of an otherwise dangerous season in the Canyon, and his sharpened instincts kept him at a safe distance. For those hoping to take in the beauty of this national park yourself, check out some of Adam’s workshops to learn from the best, and be sure to visit his Instagram and Facebook page to be kept up to date with these scenic snapshots.

Emma is a freelance writer based in Ontario, Canada. Starting out as a ghostwriter in the industry, Emma has written for various photography publications. She now divides her time between blogging, writing fiction and studying photography.