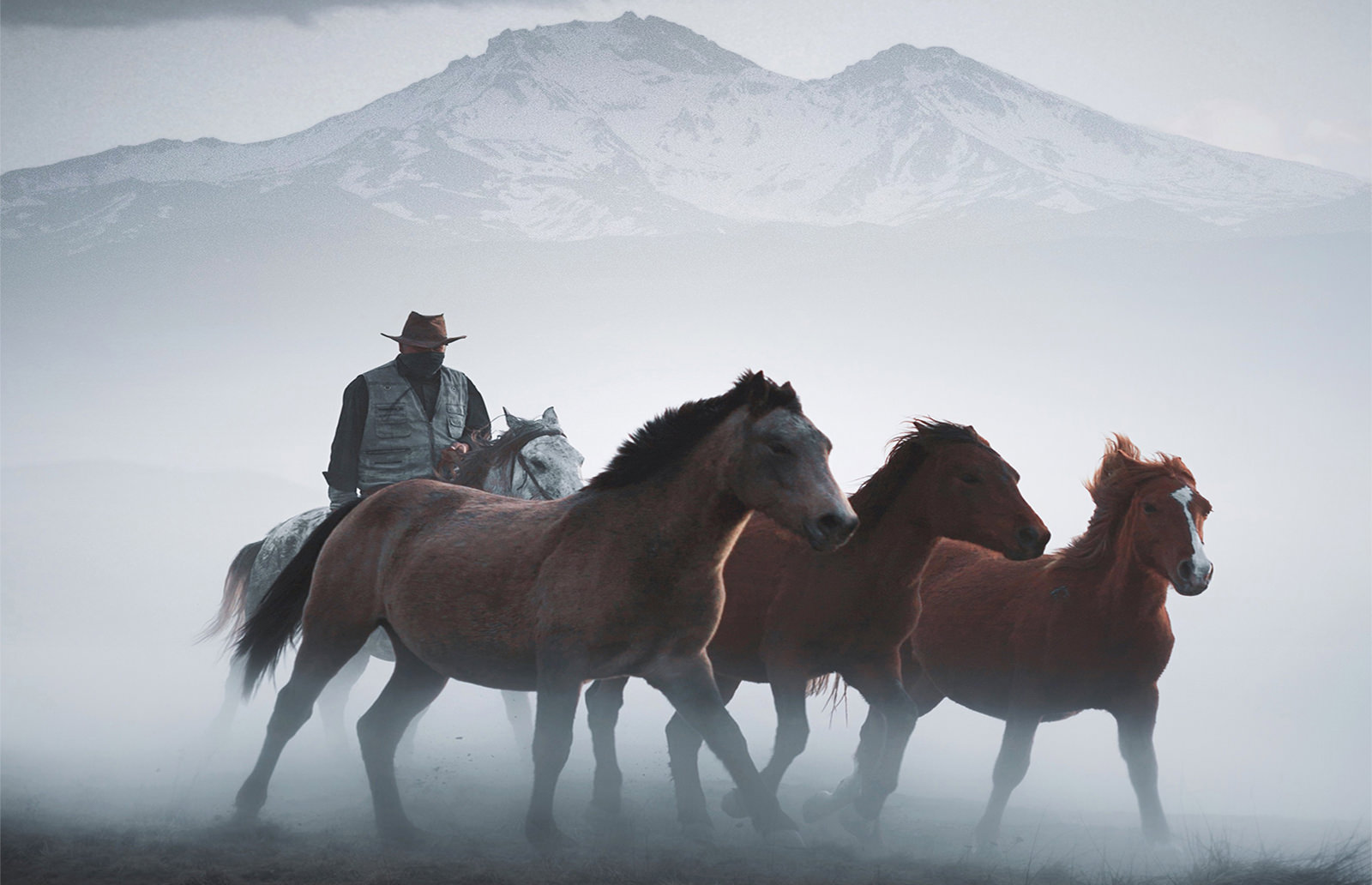 Turkish photographer Murat Dagaslan has spent the past three years seeing the world through the lens of his camera. He’s always on the lookout for the perfect shot – which is why he makes a point to visit the Hörmetçi wetland in Kayseri at least once a year, to take advantage of the area’s spectacular natural beauty.

“It’s one of the best places that can offer amazing scenes for photographers. You can take amazing images there, especially in the winter,” he says. “This place inspires me, with its astonishing nature.”

Blending this inspiration with the Photoshop skills Murat says he learned by watching PHLEARN tutorials on YouTube, he feels better able to express the emotions the area stirs up in him. Having visited a number of times, he knows what to expect from the location – and he knows when the horses will arrive.

“I went in the early morning hours, set my camera, and waited for the locals to bring the horses in,” he says. “The concept was supposed to be rearing horses.” 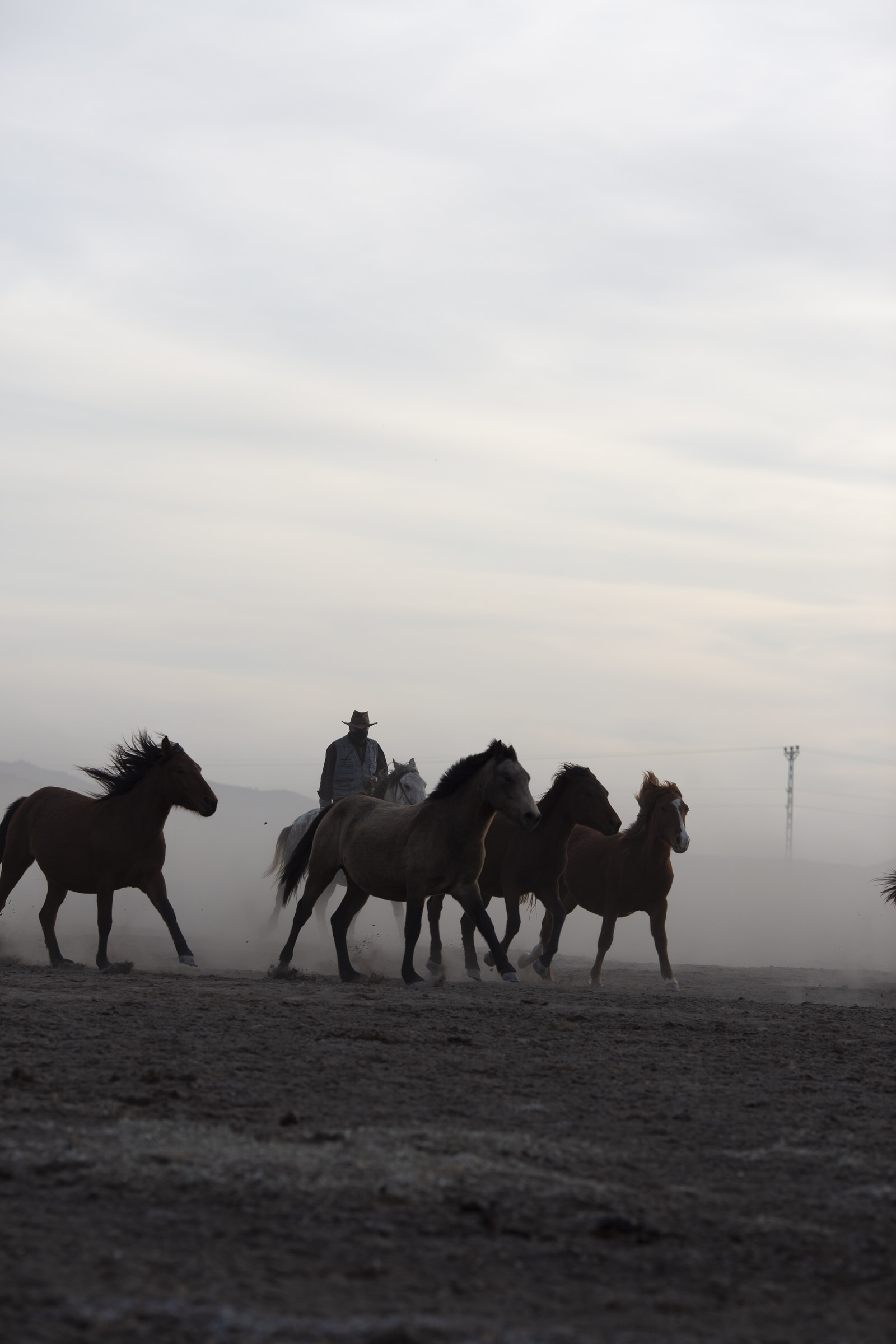 However, as the rider scrambled to get his horses together, Murat says he felt driven to take the image in a different direction – fueled by the grace and technique he recognized in the cowboy on horseback.

“A man appeared in the distance and approached as if he had been in western movies,” Murat said. “I noticed this scene in my frame, and at that moment, I had ideas in my mind about how to edit this image.” 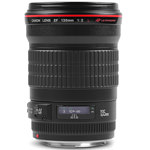 Murat captured the galloping horses and their mysterious rider using his Canon EOS 5D Mark III, with a 135mm lens set to an aperture of f/5, ISO 100, and a shutter speed of 1/400s. But his final image was composed using two other captures – including a stock image he downloaded from Unsplash.

“The horses and man were in the first, Mr. Ercives was in the second, and the land was in the third,” he says. “I merged these three captures using Photoshop and used dehaze. Later on, to make the photo a lot stronger, I manipulated the size and hues of it.” 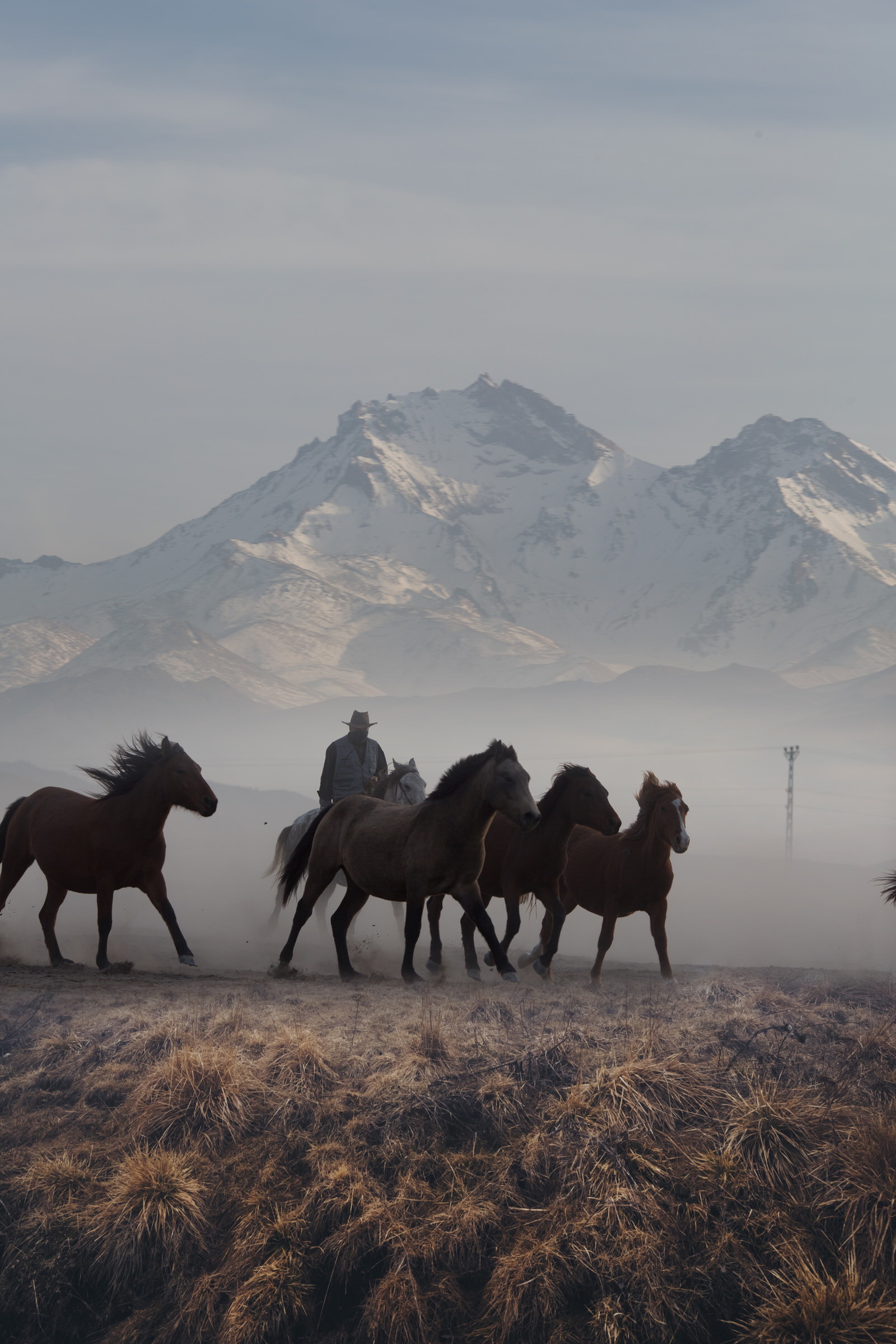 Eventually, Murat ended on a result he was satisfied with – an image that accurately expresses how he felt in the moment he watched the rider bringing out his horses.

“Finally, it was there in front of my eyes, just like I had imagined it while shooting,” he says, adding he hopes others can feel some of the wonder and joy he felt, at that time. “I want my photos to speak with the people who look at them.” 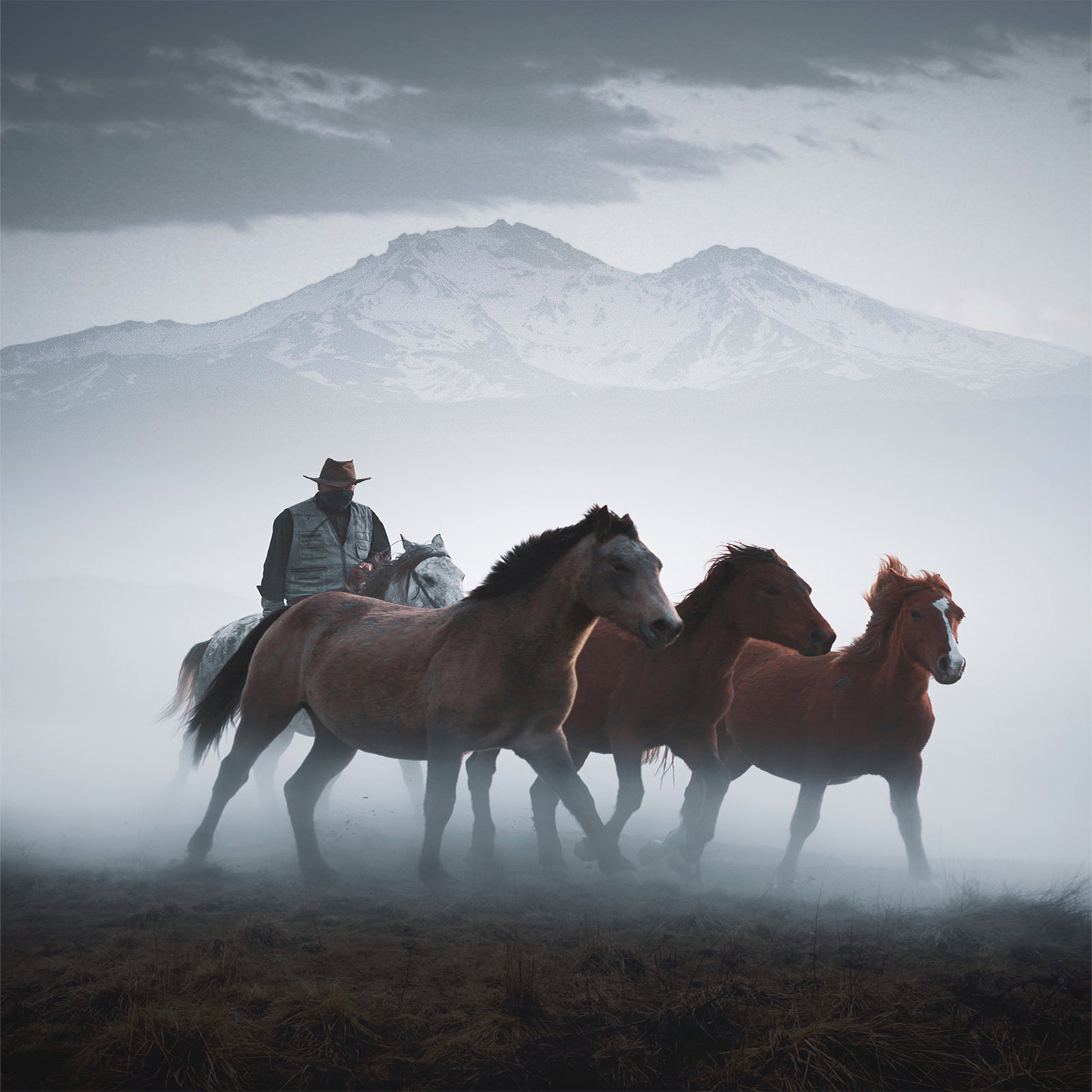 Murat said he plans to continue improving his photography skills, searching for new ways to share his experiences with his audience. His work can be seen on his website or on Instagram.