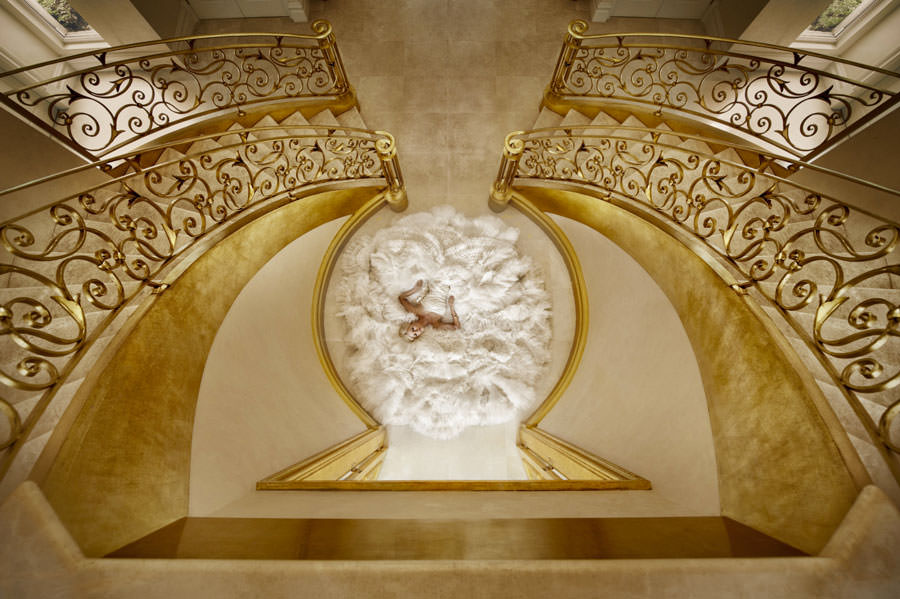 Widely celebrated among the top 5 best wedding photographers in the world, Jerry Ghionis and his wife Melissa are based in Melbourne, Australia and Beverly Hills, CA and together travel frequently on international photography assignments and speaking engagements. Married early in 2011, Jerry and Melissa work as a team and have developed a powerful creative and business force.

With the flair of a fashion designer and the ingenuity of an architect, Jerry’s style can be described as being where vintage glamour meets contemporary fashion. Renowned for his creativity, he not only has the ability to capture natural magic on a wedding day, but he creates magic of his own. His love and empathy for people creates powerful visual storytelling. With the innate ability to make everyone look and feel beautiful in front of his camera, Jerry’s images are often simple yet a complex blend of soul, drama, imagination and technical skill.

Although his signature style is recognizable, Jerry has reinvented himself countless times over the 21 years he has been shooting professionally. He has been described as predictably unpredictable. Just when you think his work has reached its limits, he surprises you with yet another reinvention. He was obsessed with photography after he was given his first camera at the age of fifteen. After completing high school in 1990, Jerry started a four-year photography course and quit after a year, as he was tired of his teachers trying to teach him to save the world with one photograph.

In 1994, after working at a few camera retail stores, Jerry approached a popular studio in Melbourne and offered to work for no pay on weekends and did so for the next year. He soon adopted the role as studio manager and principal photographer. Eager to spread his wings, Jerry started his own business in 1997 and became the backbone of one of Australia’s largest and most respected studios, shooting over 300 weddings a year with over 15 staff members. After 10 years of operating a high volume studio, Jerry sold it to explore other opportunities. Jerry launched his new boutique studio in 2009 that bears his name in the prestigious Docklands precinct of Victoria Harbour in Melbourne and caters to discerning clients who demand the best.

As a teenager, Jerry’s dream was to own a studio and shoot in the bright California sun like his hero and biggest inspiration, Herb Ritts. His dream was realized in 2011, when he and his wife Melissa also established another location in Beverly Hills, California with a rooftop studio.

He continues to be one of the most respected and sought after teachers and public speakers in the photography industry. Known for his quick wit and his contagious sense of humor, Jerry is of a rare breed of artist who can also teach his craft and be a successful entrepreneur. Known as the “MacGyver” of photography, Jerry has the innate ability to turn ordinary situations into extraordinary images. He has been able to teach photographers how to see in a way they never have before. It is not only about bringing out the best in any situation but also how to be more creative, run a successful business and have a balanced and fruitful life. – from Jerry Ghionis, Wedding Photographer – Biography

What got you into photography?

I was given my first camera by my brother when I was only 15 years old and loved photography immediately.  I’ve now been shooting as a professional photographer for over 17 years and starting specializing in weddings almost straight away. When I began, I approached a very prominent studio at the time and assisted them for a year and a half with no pay – carrying bags until they finally hired me full time as a professional photographer. I’ve been photographing weddings, portraits and fashion professionally ever since.

What’s the number one thing, in your opinion, that seasoned photographers always need to keep learning and working on?

I strongly believe that education is vitally important to any photographer. For some that may mean a dedicated photography course.  But whether it is a school, seminars or workshops, the key is to educate yourself.  Seminars and workshops can literally change your life.  After all, knowledge is power.

Constantly marketing yourself and also adapting your style and your brand to the changing market around you.  It is certainly a tough industry to be in at the moment, where there are so many great photographers available at an affordable price.  Certainly some photographic styles are similar but what ultimately separates you from your competition is you, your customer service, consistency in your images, presentation and approach.

How can photographers keep from getting stagnant in their shooting style while still maintaining a consistent brand image?

There has been a few times in my career where I felt my work was getting stale.  Although my clients have always been happy.  I use competitions like WPPI’s annual 16×20 print competition as a vehicle to reinvent myself year after year.  It forces you to think different on every shoot you do.  Also, simply going on vacation and developing a personal shoots for yourself can do wonders for your creativity.  In 2015, I have given myself several months in my schedule to develop my personal work for the first time in years.

Why should consumers continue to value photography?

Long after the flowers have died, the last dance, after the cake has been eaten, the only thing that remains is your photography.  It’s a legacy that you pass down to future generations.

How can photographers avoid burn-out?

Just as you would book yourself on a wedding day and religiously get there on time and be committed to doing an amazing job, you should be just as committed to knowing when to shut off.  Melissa and I have an agreement that at 6pm each evening we’ll turn off our computers and become a husband and wife and forget about business for the rest of the evening.  On weekends, if we don’t have a wedding booked, then we enjoy the weekend off – without work.  Make that time sacred, the way it would be if a client booked you for that day.

First, you need to be taught the principles behind off camera light (or any kind of lighting, for that matter).  Once you have learned the fundamentals, then it all comes down to repetition, practice and gaining experience.

Why does Nikon pale in comparison to Canon?

I believe Nikon shines above the rest mainly due to their constant innovation with their faster focusing system, more accurate focus points and incredible quality at high ISOs, among many other things.

What’s one thing you wish you could change about yourself?

I’d wish for a faster metabolism and to be less hairy.

Keep up with Jerry and his work at www.JerryGhionis.com