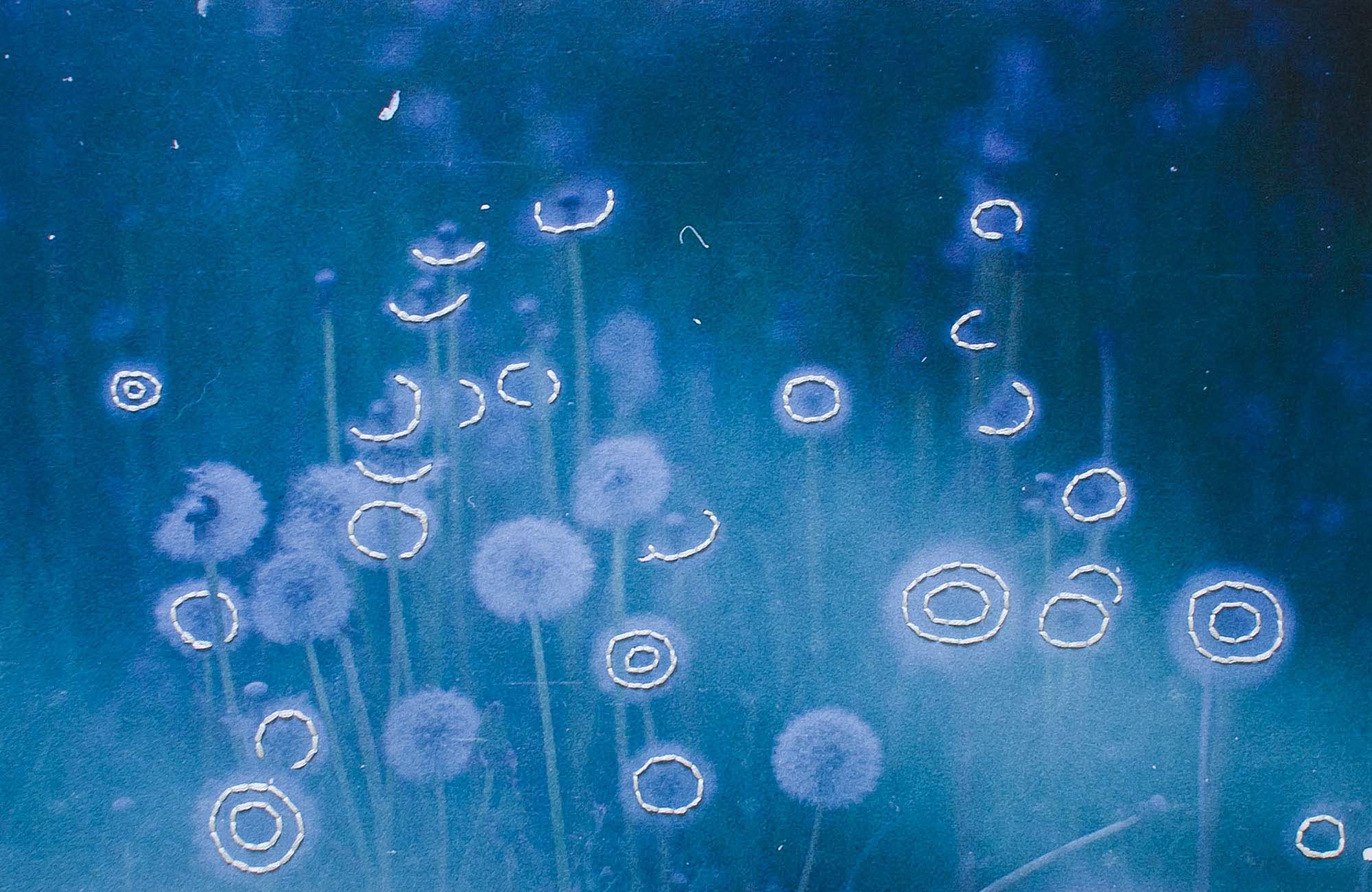 Photography is a two-dimensional art. It is also a more hands-off process than most other two-dimensional work – indeed, many of us work more within the confines of the computer than we do with physical prints. Even in the darkroom, the method there is more chemical than creative. The measuring of liquid, the careful timing… one could be forgiven if they confused the darkroom with a (very dark, of course!) laboratory.

There is a different satisfaction to be felt by working with the hands than working with buttons or tablets. As photographers, how do we find this satisfaction, how do we make this happen? We can spend time creating elaborate sets, like thoughtful conceptual photographer Kirsty Mitchell, or make photographs of our wild experiences, like the amazing adventure photographer Emily Polar…. or, we can alter a physical specimen of our work. Perhaps you have soaked film in household chemicals, or made collages with or on your work. Perhaps you have seen the work of May Xiong, an artist who paints over photographs, or collaborative artists Arnaud Jarsaillon and Remy Poncet (known together as “Brest Brest Brest”) series “History & chips”, in which they position food over prints in a surprising juxtaposition of both silly and visceral ways. Theses artists bring a whole new aspect of physicality to photography.

I appreciate photography most particularly for its documentary capacity, as well as its potential to be a creative outlet. However, I am not just a photographer, but also a potter – and the relatively intangible nature of photography frustrated me. I felt that there was something incomplete about making photographs. This changed when I stumbled upon the work of artist Diane Meyers, a photographer who embroidered photographs. I was staggered – embroidery on paper, and paper that had an image on it? Astounding! I felt an instant attraction to these embroidered works. I had enjoyed embroidery as a little girl, but had only experienced it in the traditional capacity of stitching on plain fabric. Some further research on the subject of embroidery on photography revealed to me a whole other world, in which I saw works by Melissa Zexter, Mauricio Anseri, and other artists who had used thread to make photographic images that had been heavily handled and bordered on three dimensional.

I had to try the process myself. I began right away, printing some of my images and dusting off my nearly forgotten collection of needles and thread. However, sewing on photographs is not the smooth process that sewing on fabric is. The needle does not readily puncture the paper, and when it does, the thread does not slide easily through the fibrous holes. It was frustrating and slow. After some torn photographs and heavily pricked fingertips, I devised a method of carefully poking holes with a thumbtack and drawing my thread through the paper with just the right amount of force. The work was tedious and mentally exhausting, but every time I finished a piece, I felt accomplished. When I had embroidered 17 images (a series which I called Minutiae) that I felt were representational of my life and work at the time, I felt done. More than that, I felt satisfied. I had made something, with photography as the base, which fulfilled my need to create a tactile two-dimensional work. Since Minutiae, I have felt purged of the urge to rationalize the non-physical nature of photography, and feel free to pursue it for the wonderful process that it is – versatile, flexible… and hands-off.

Learn how to convert any photo into a 3D texture and apply it to text and photos.

Abigail Rose King is a sustainable farmer and fine artist from Michigan. She divides her time between making photographs, growing food, throwing pots, and learning about plants or mushrooms in the woods.