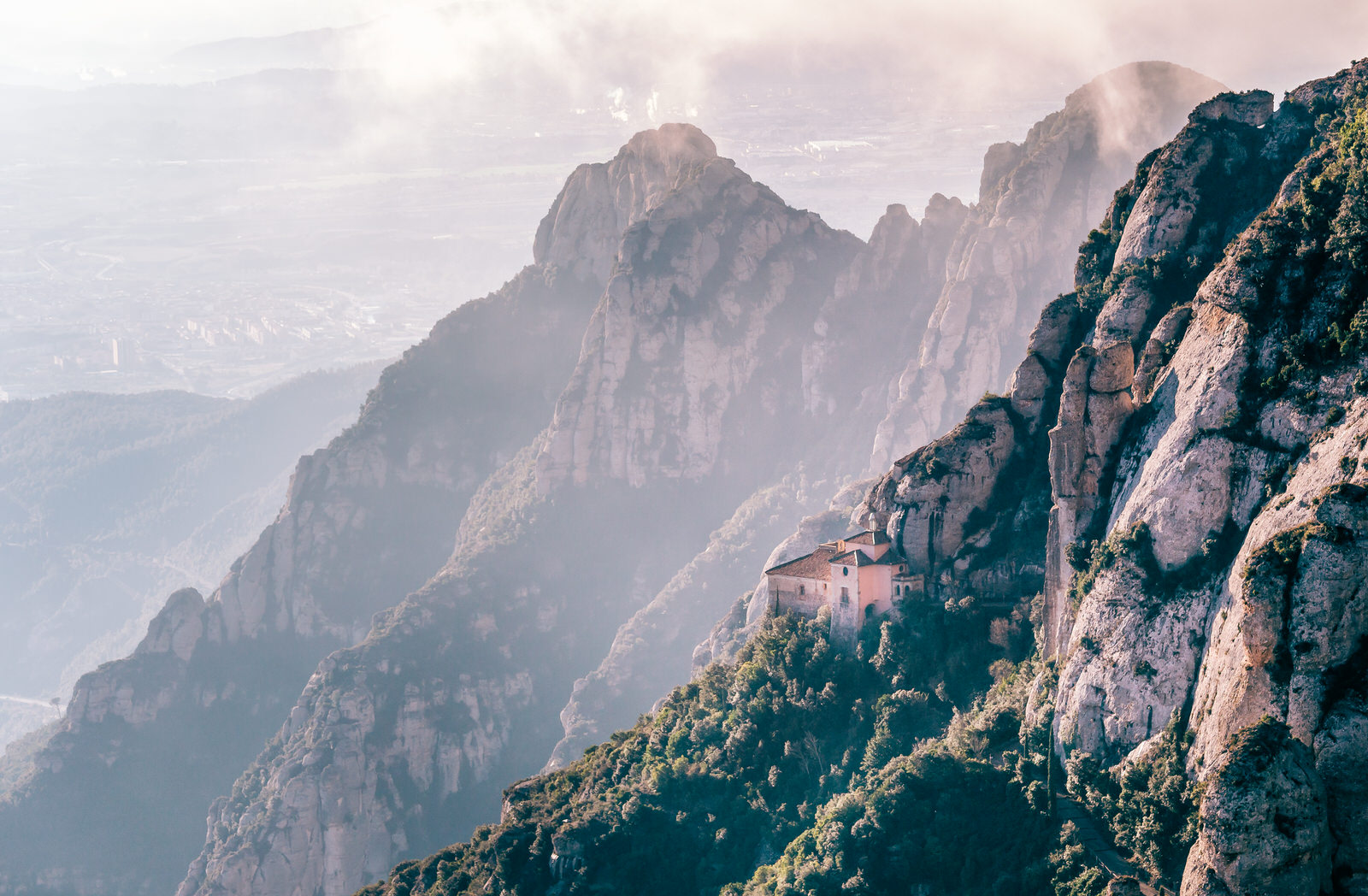 Sam Zucker knows all the employees at Centric. Come noon, he calls ahead to make sure there’s a table – a formality, really, since there’s always a table for him. The staff make sure of it. But when we arrive, we find the tiny Barcelona café crammed full, diners sipping on sweet vermouth without a table in sight. Zucker is a little confused. In fluent Spanish, he asks a waitress where our table is. After a moment of shock, she stomps over to a table of three brawny dudes sitting in a cool booth by the ceiling-length mirror and points them to the bar. The dudes stand up and scoff as they move for us.

My mouth hangs half open. Does Sam Zucker – boyishly handsome, affable and extroverted, styled like a GQ star in a plaid shirt and bomber jacket – really command the power to kick people from their table at his favorite restaurant?

As it turns out, no, he doesn’t. As we sit, he explains that the waitress had asked those guys when they arrived if they were part of Zucker’s reservation. They had lied and said yes. I glance at the waitress; she still looks pissed. 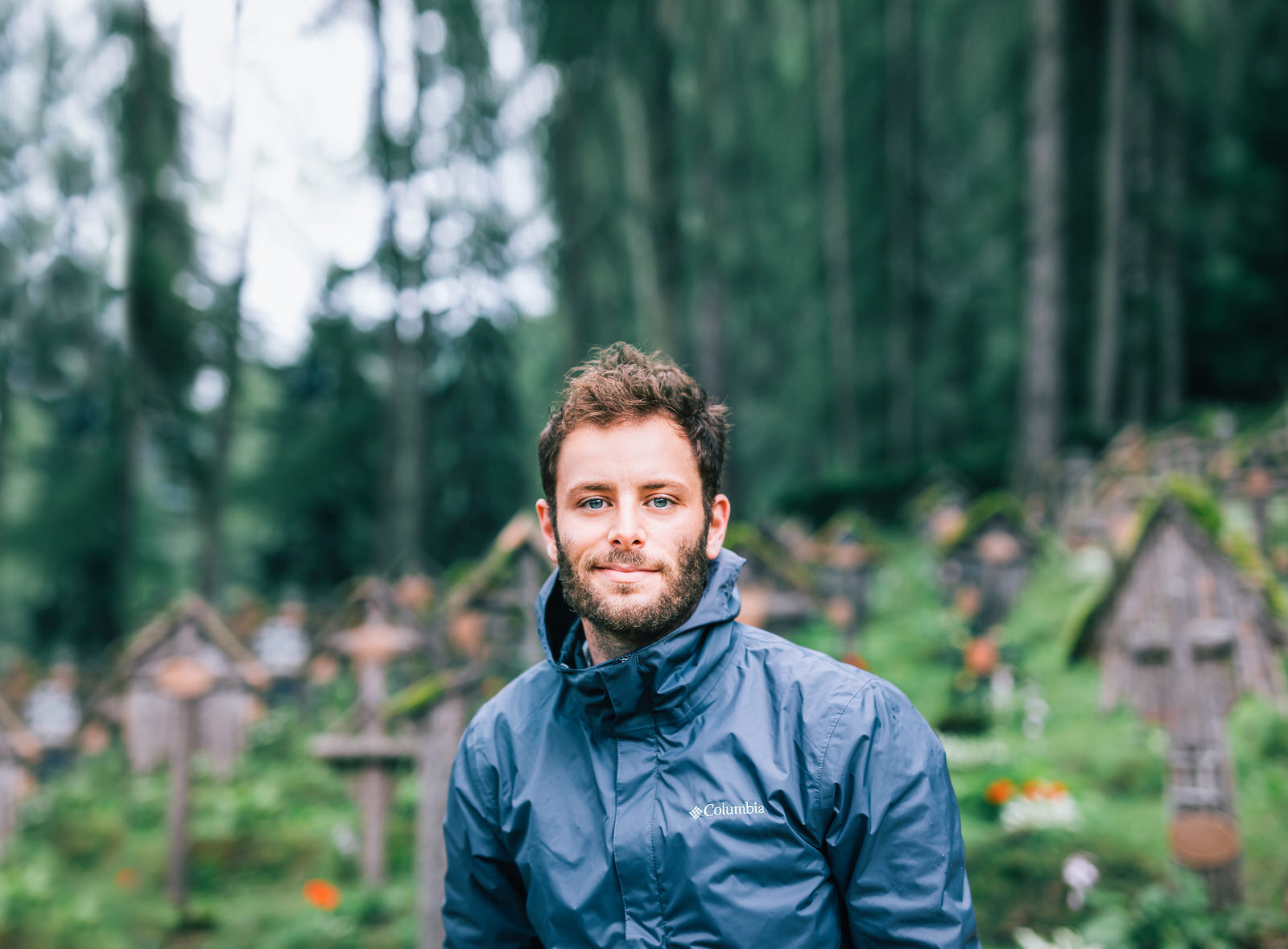 Okay, so Zucker is not exactly mob boss powerful. But he isn’t a nobody in this city, either. “People recognize me in Barcelona now,” he says. “I’m not a super-celebrity, but on a relatively regular basis, some random person will be like, ‘Is this you?’ in a coffee shop or restaurant.”

For this mild fame, he owes Instagram. While 45,000 followers isn’t a huge number, most of them live in Barcelona, his adoptive home of the last six years. For years, they have boosted and supported his photostream because Zucker’s Barcelona is the Barcelona of #travelporn: crisp detailed cityscapes, bright sunlight illuminating the Sagrada Familia, emerald houseplants dangling from curved wrought iron balconies down textured stone alleyways. Sometimes he stars in the photos himself, donning perfectly rolled shirt cuffs or sharing a bottle of local wine with his girlfriend during sunset. Scroll through his feed and you’ll want to jump on a plane and move to Barcelona, too. And that’s exactly the point. 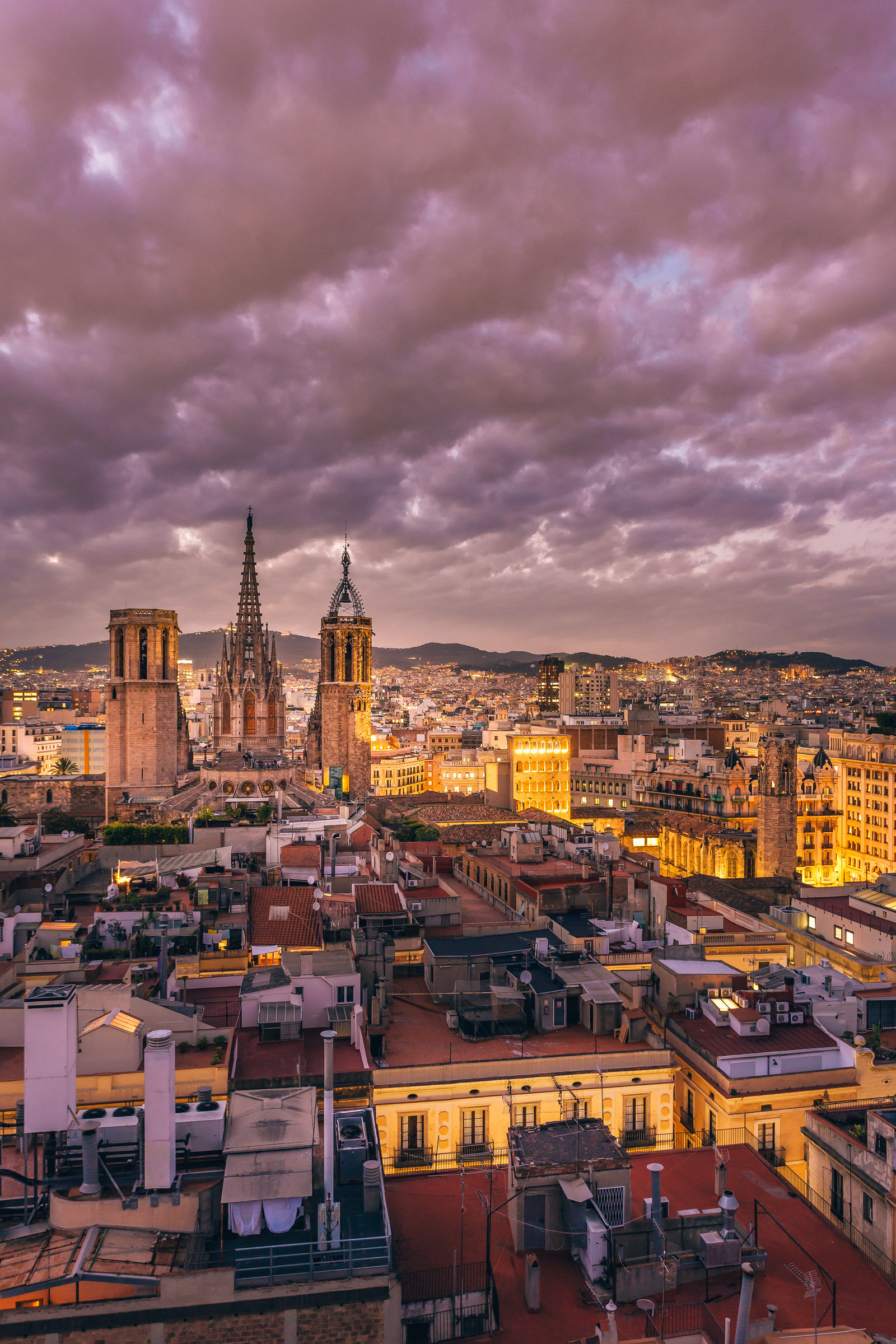 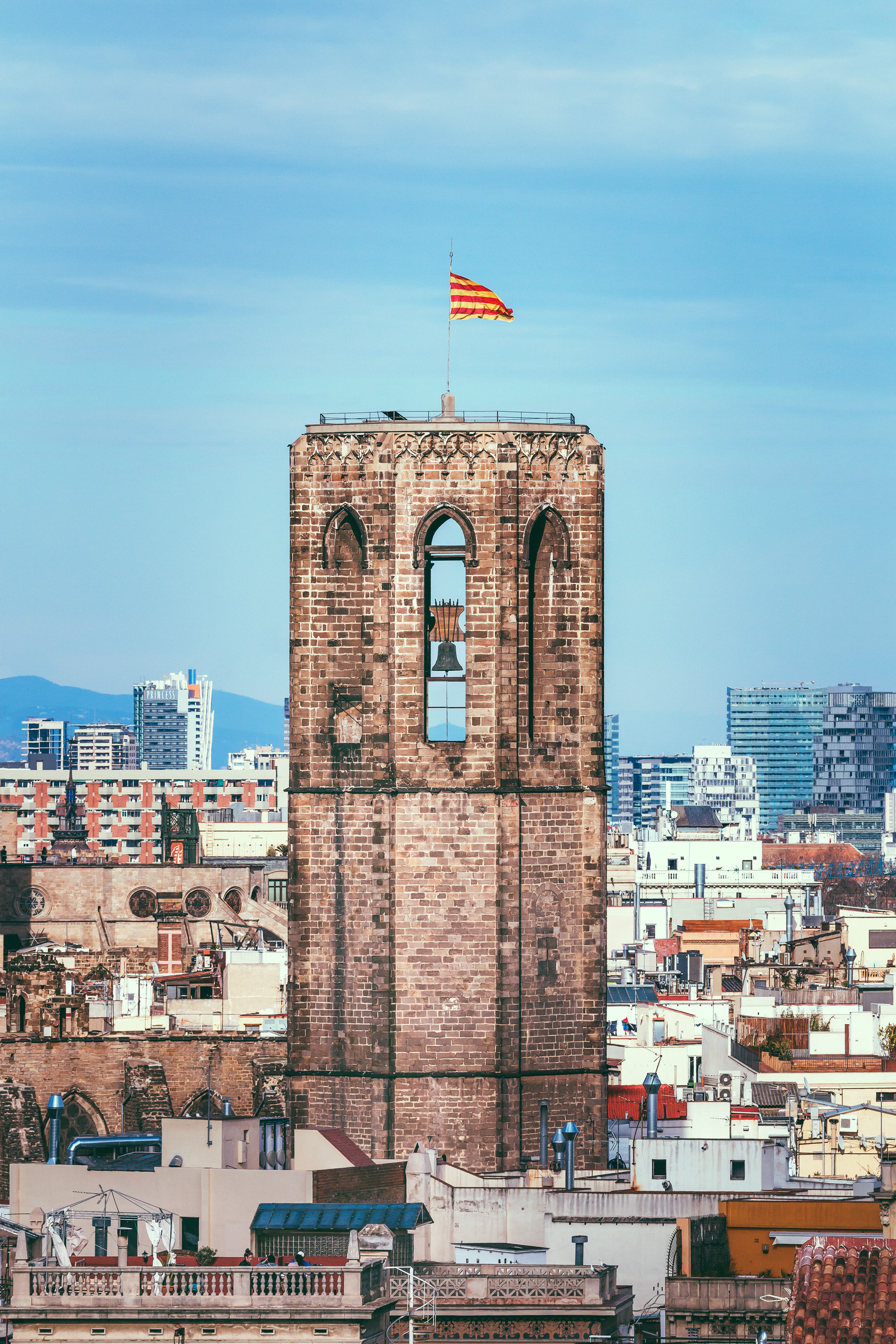 The Frugal Reality Behind the Travel Envy

In reality, Zucker’s move to Barcelona was not nearly so luxurious. When he first arrived in Barcelona in April 2013, he came fresh off the boat – literally. He was working on a cruise ship as a guest chef, a young millennial teaching boomer cruisers how to cook.

The cruise delivered him from San Francisco to Barcelona, where he quickly fell in love. He decided early to overstay his visa, renting a room in a five-bedroom apartment, where he stayed in “a room the size of a double bed,” he says, without exaggeration. “A double bed fit touching three walls, and I had a dresser at the foot of the bed.” He paid 200 euros a month, which included utilities, and survived mostly on eggs and potatoes, which the house guests bought communally. “That’s partly how I was able to succeed.”

Those first months were nerve-racking. Despite his culinary training, no Spanish restaurant would hire an illegal immigrant. Unable to work in a restaurant, he wrote about them instead: he got involved with Barcelona Metropolitan, an English language magazine, where he soon became their main restaurant critic. Photography evolved naturally, first with photos of the restaurants he wrote about, then shooting for restaurants, when owners asked him to help with promotional material. He leveraged the experience into a job at a local creative agency, where he gravitated toward photography still, rather than the social media and content marketing he’d been hired for. 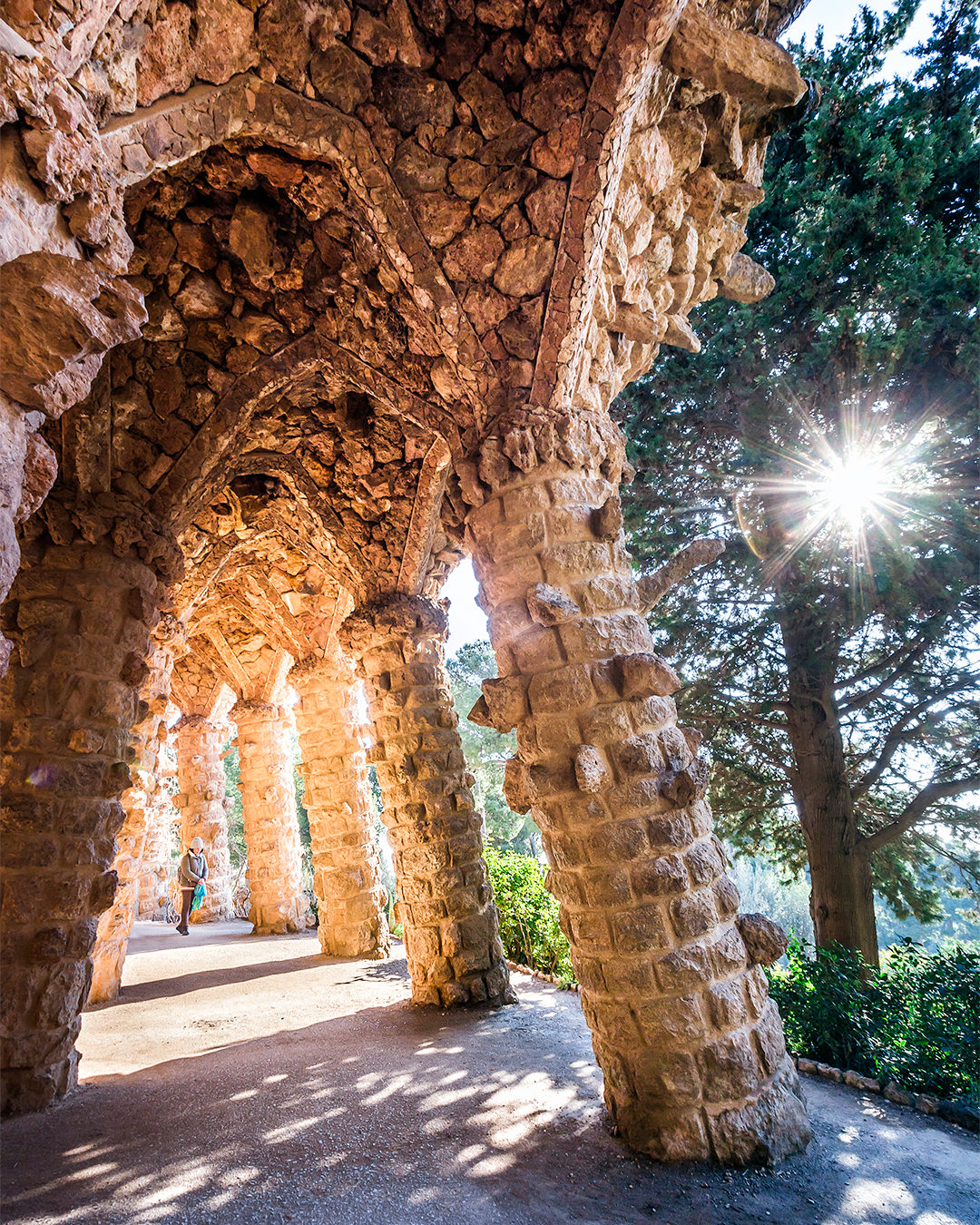 Today, he’s a legal permanent resident (Spain has a naturalization process for anyone who’s stuck around for at least three years), but for most of his time in Barcelona, he was technically stuck in the country. “I was kind of just existing here off the grid,” he says. “A lot of people that come here – and they have the means to travel, legally and financially – they don’t spend as much time here, and they don’t ever get connected to the community… I had that period where I was here, living full-time.”

Because of that forced commitment, he made local friends, met local restaurateurs and networked constantly. And when he got his first DSLR, there was only one subject he felt drawn to consistently shoot: Barcelona. 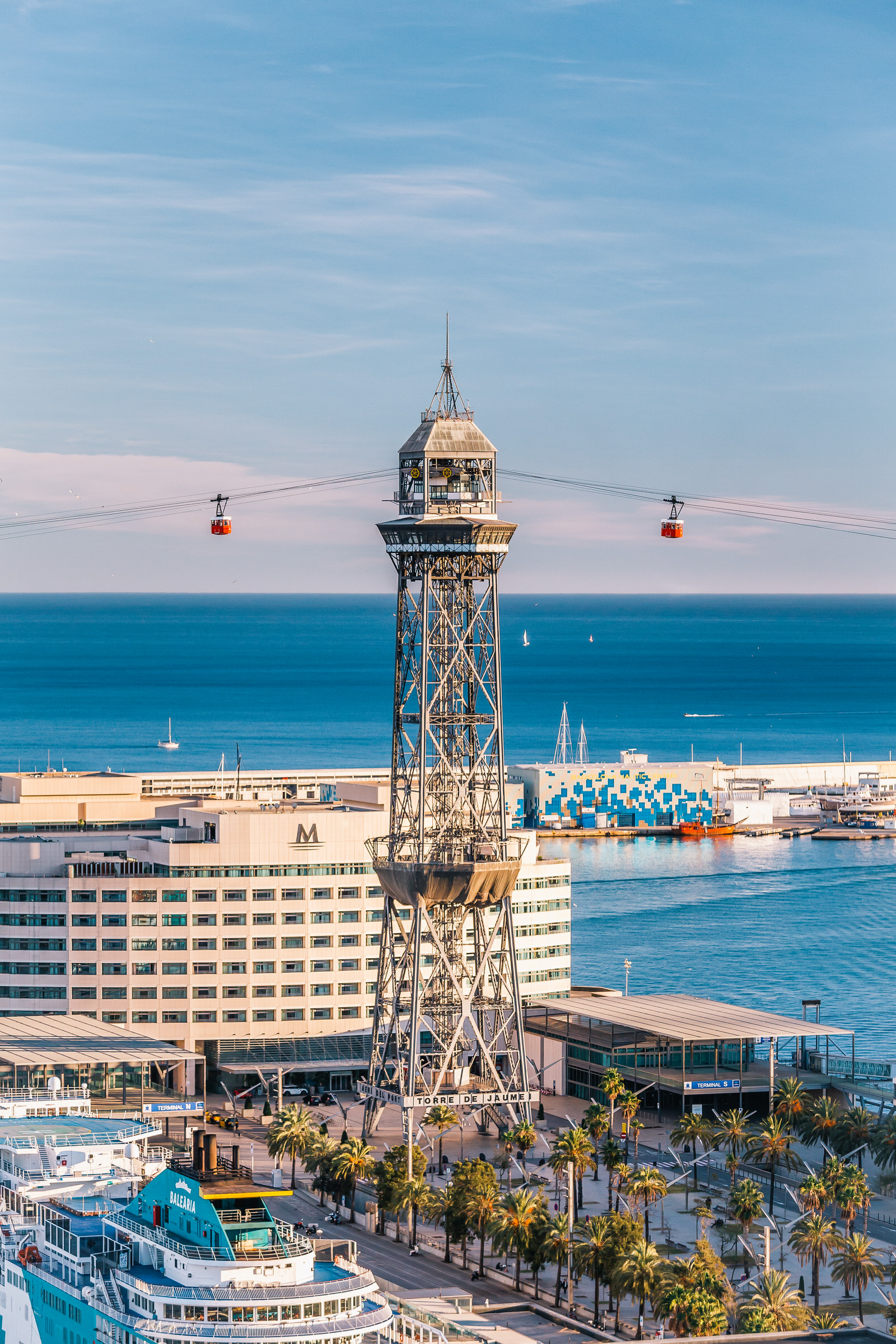 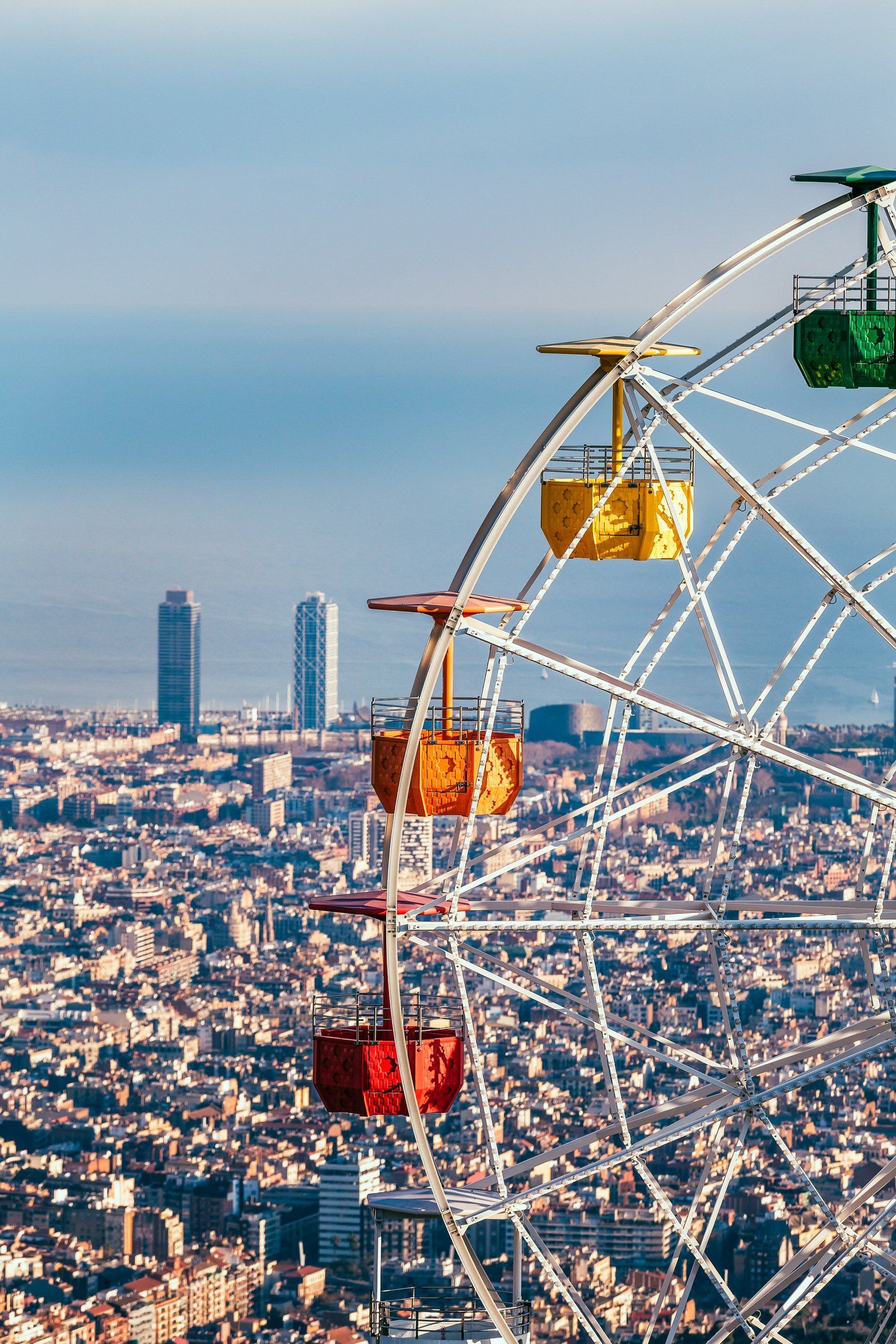 When he first arrived, he shot all his photos with an iPhone 4S, just to update family and friends, treating Instagram like a photographic Facebook. But after he started working at the creative agency and got his first DSLR, a Canon T2i, he “started to look at Instagram from more of a brand perspective,” he says. “I decided very early that it doesn’t need to be 100 percent real. I don’t need Instagram to be this pure sense of reality. To me, it’s art. I’ll edit a photo to make it look how I want it to look, even if that’s not how it looked in the moment I took it.”

By spring 2014, a full year after arriving in Barcelona, Zucker’s Instagram was skyrocketing. Official Barcelona channels, like the tourism board, started noticing and reposting his shots. Drawn into this world, he began taking note of what worked and what didn’t. Urban landscapes? Definitely. Food? Not as much. He tailored his feed to maximize likes and comments, based purely on trial and error and a honed intuition.

He swapped his T2i for a full-frame Canon 6D, buying speedlights and new lenses, investing in photography as a career path with Instagram at the helm. He sees the city the way he feels, both as foreigner and local. “People would often tell me, ‘Oh, I love the way you photographed that place – it’s how I remember it.’ I think that’s where the success came,” Zucker says. “People here appreciated my view on their city. The majority of people who follow me to this day are from Barcelona.”

Now local brand managers and international tour companies are finding and commissioning him. His profile is high enough that he can find work fairly easily. Attention is easy. Turning that attention into a profitable business, on the other hand – not so much. 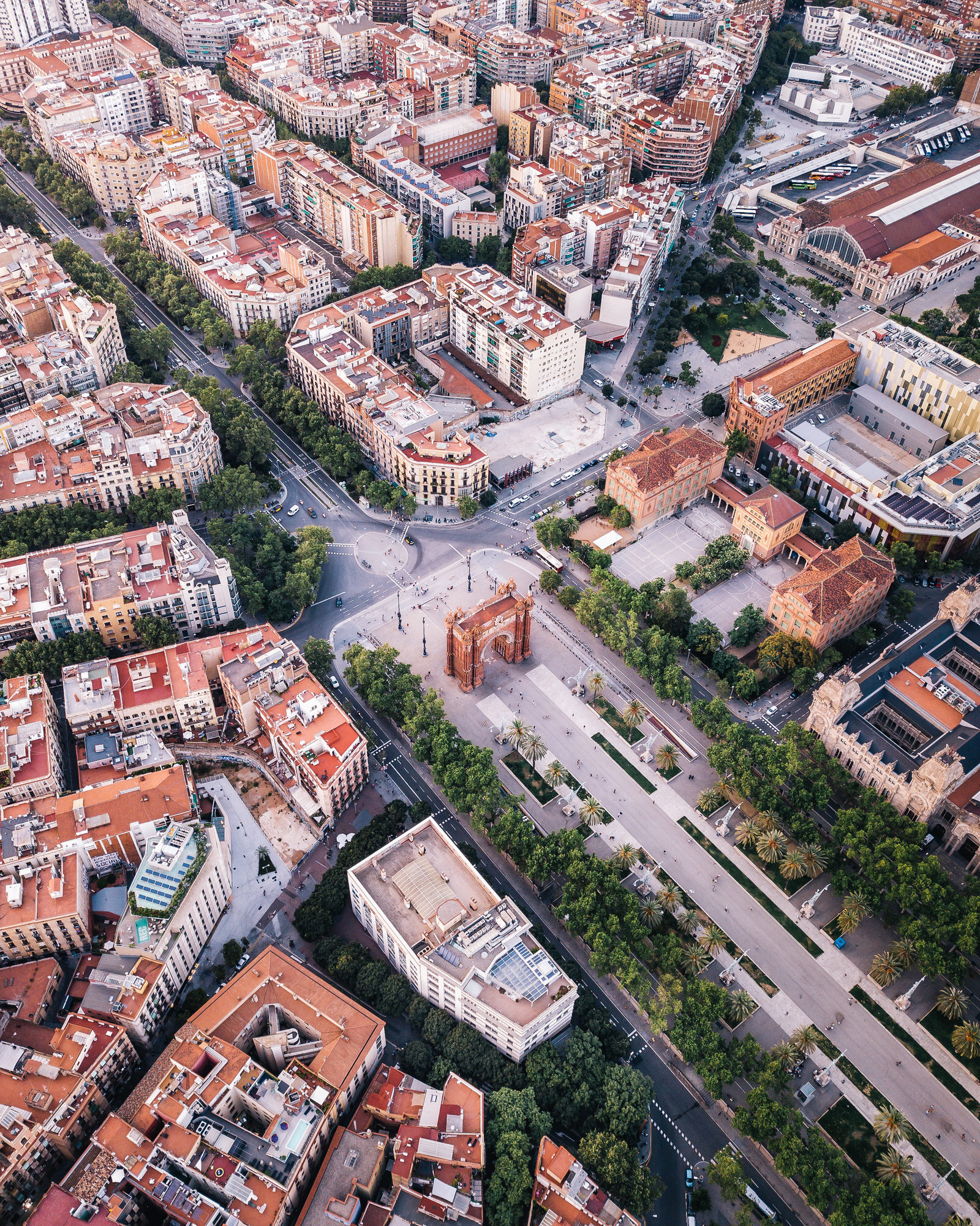 Finding Creative Freedom in a City of Free Creatives

Zucker wants to be clear: he still loves the city. “Nothing really compares to Barcelona. The mix of what you have here – you have the Mediterranean, you have nature nearby, it’s an international city, it’s a creative place, it’s beautiful. It’s really old history. Nowhere else in Spain has all that.”

But that allure brings drawbacks, as well. Set aside overtourism for a moment – the soaring rents driven up by Airbnb, the regular protests by locals slamming tourism as an “invasion”, the shuttering small businesses replaced by souvenir shops – the city is so packed with photographers willing to work for free that professionals can’t compete.

Zucker tells a story of a vintage shop an hour north of the city that contacted him for a shoot. He loved the space, the aesthetics and the company’s ethos. But their last photographer was a student who charged them 50 euros a session.

“There was this huge disconnect of what they expected something would cost, and I think that’s common here,” he says. “It’s a creative city full of people willing to work for cheap.”

In economic terms, he understands. In 2017, the average annual salary in Spain was less than 24,000 euros, with many citizens earning as little as 16,000. “There’s a conception here that photography isn’t really something that should be worth much,” Zucker says. “If you’re paying your employee 1,000 euros a month – which, at a restaurant, a waiter might make that – are they going to pay 800 for someone to take photos for a day?” 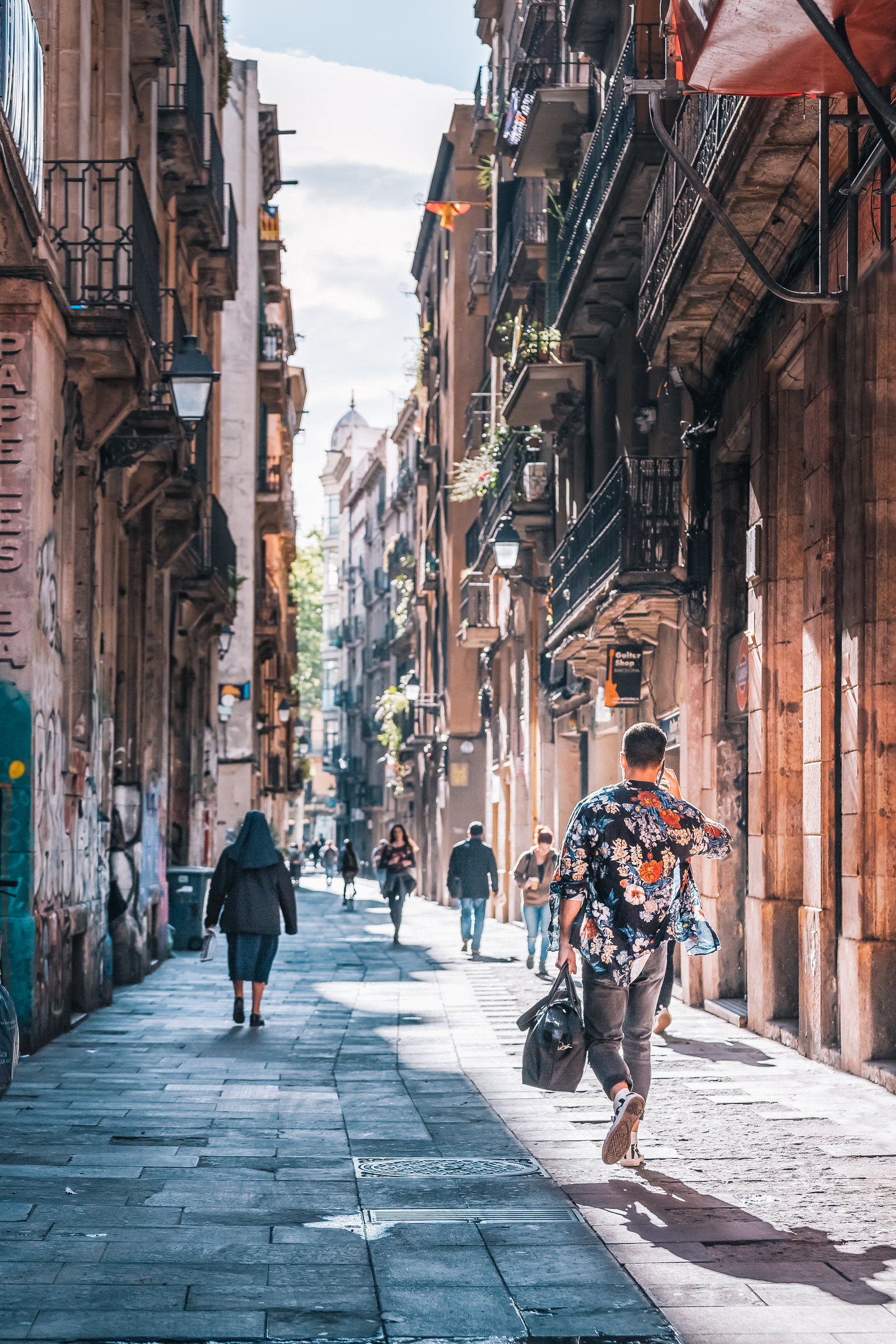 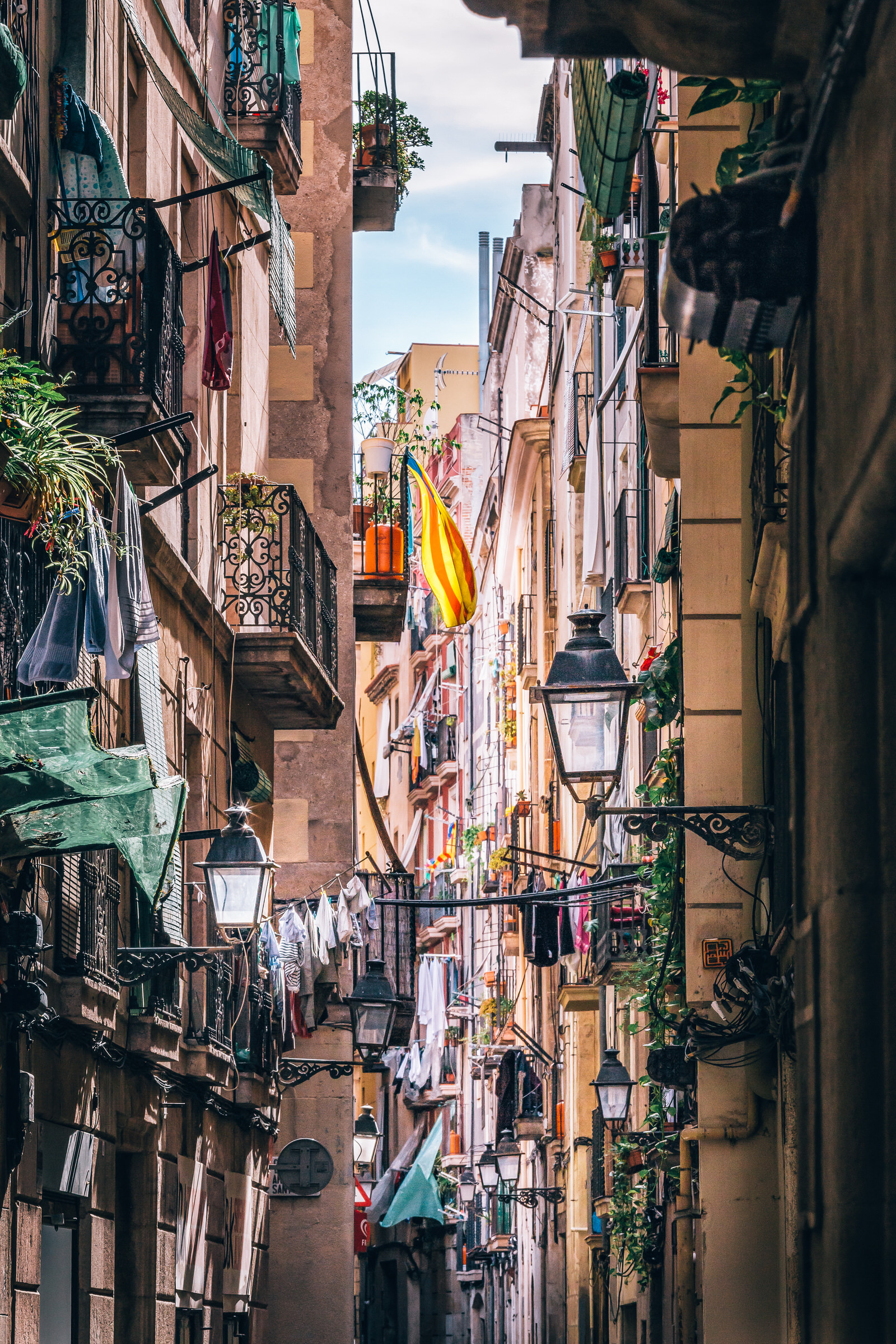 Zucker knows every street and alley in Barcelona, the weather patterns and shopkeepers. He can always get a table at his favorite restaurants. But after six years, the constant grind of hustling for new clients is taking its toll. On the street, that dimming has seeped into his personal view of the city.

“I just feel like… I try to get people in the cityscapes, a lone person, someone that puts it in perspective,” he says. “I feel, more and more, there are less interesting-looking people around. I don’t know how to describe it. You go to a place, you try to capture an image with someone who’s authentically from there, like a woman walking alone down the street in the morning, and you have the whole perspective. And now it’s like the city is full of tourists and bright-colored sportswear, and I just don’t see as many of these magic photos as I used to. But maybe I’ve just been so many times I’ve stopped seeing it. I don’t know.”

Is it the city that’s changed, or Zucker himself – or both? One thing’s certain: his Instagram feed remains blissfully free of any such melancholy, packed instead with soft morning light, gothic steeples, mountaintop aperitivos and stone archways. It’s not reality, sure. But it was never meant to be. It’s always been the Barcelona of our dreams. 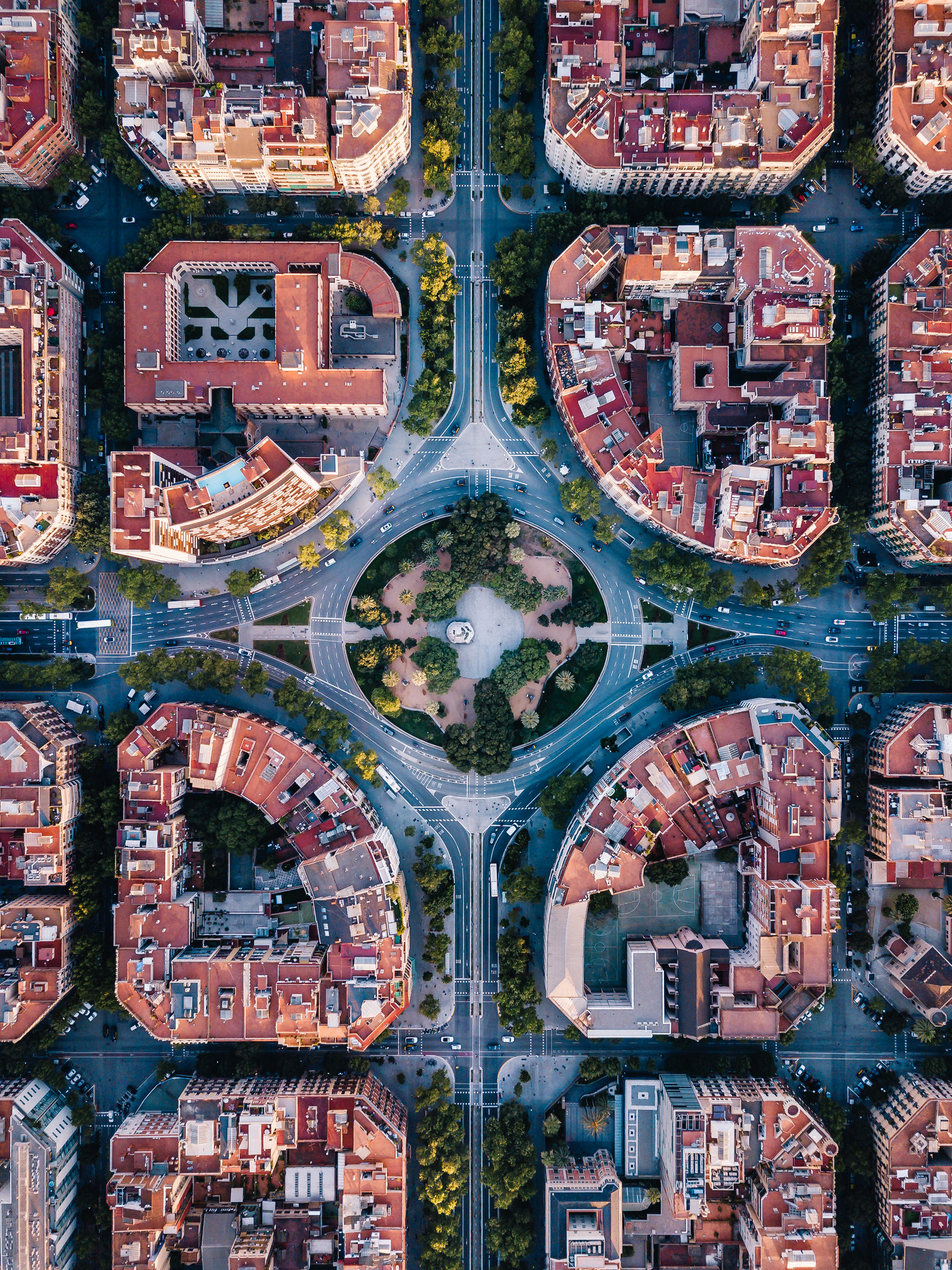 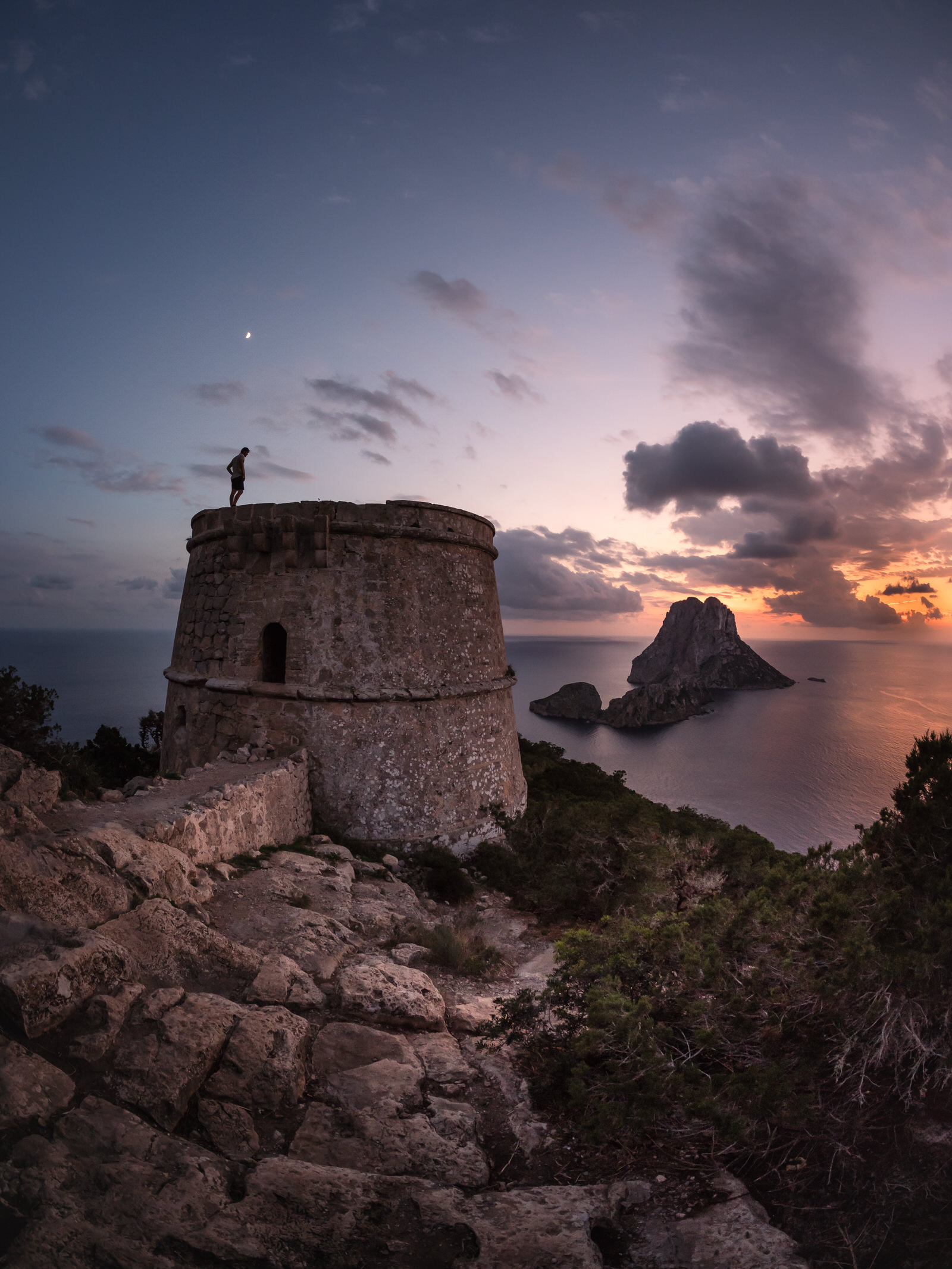