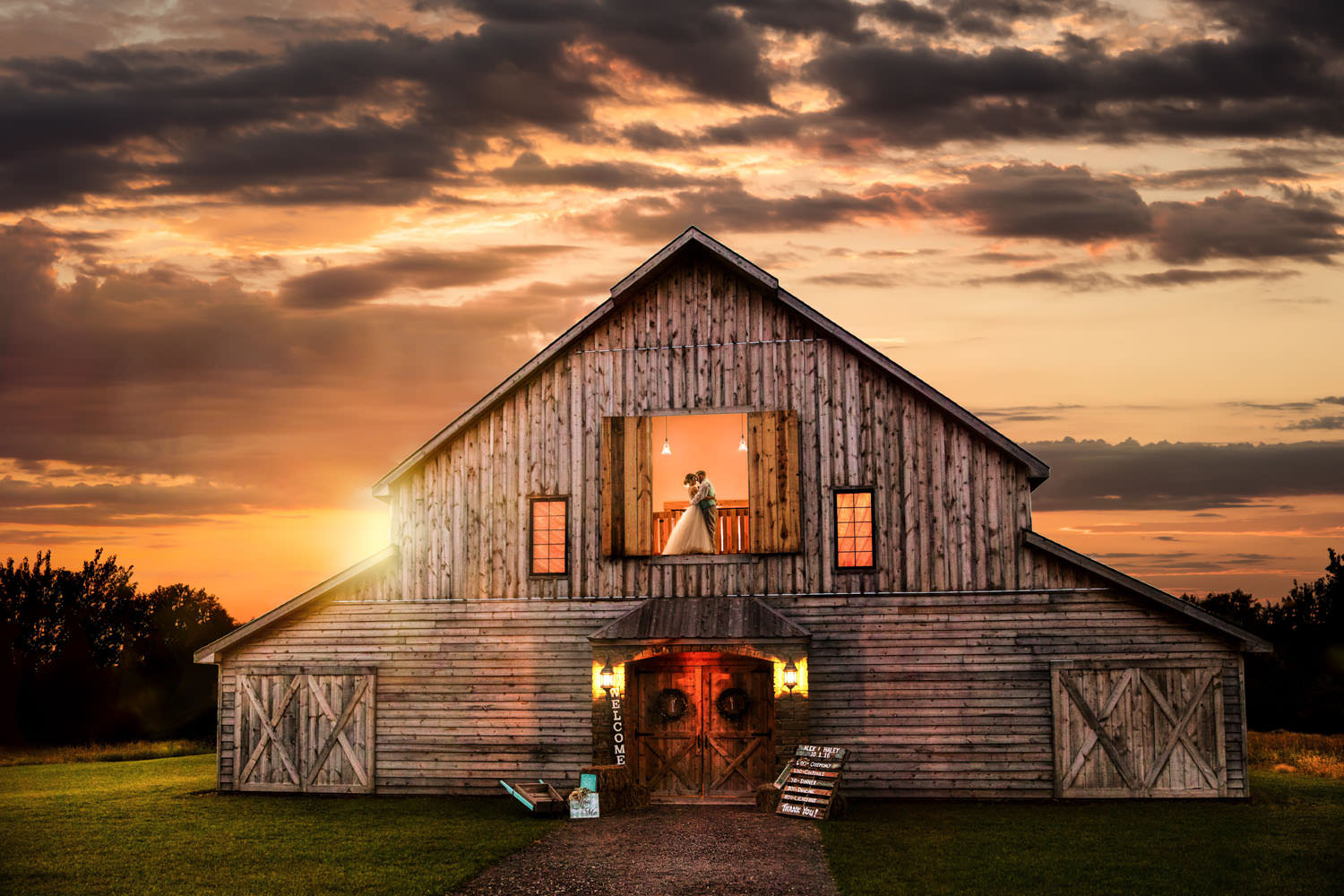 One of the major keys to being a successful wedding photographer is the ability to be flexible and to work with what you have. We would all love to be able to perfectly coordinate a couple’s wedding day with times and places that would be best for us to insure that we are able to get amazing photos throughout the day, but that is almost never the case. We are often left with few options for locations, poor lighting, and usually less time than we would like for portraits. And that’s alright! It is their wedding day and it is my job as their photographer to accommodate to their desires.

On one particular wedding last fall, I knew the timeline I was given would leave me little room to get any photos of the bride and groom, if any at all. Their ceremony time was late in the evening, and the couple did not want to have a first look. That meant that immediately after the ceremony, I would have roughly thirty minutes before the sun went down. I would still need to get the remaining family formals, the bride and groom portraits, and also one specific request of a portrait with the bride and groom positioned in the upstairs door of the beautiful barn venue.

I wanted to take the barn picture right at sunset, but I knew it would be difficult. It would require lighting inside of the barn with flash, an assistant up with the couple communicating posing, and it would all have to be done rather quickly, without time for me to get test shots.

After the beautiful outdoor ceremony, I quickly grabbed the wedding couple and knocked out the family formals and a few of the bride and groom as well. As we were finishing up the couple’s portraits and walking back to the barn, the sun was quickly becoming one of the most beautiful sunsets I’ve ever seen. Yes, I knew I was too late for the barn picture I wanted, but I did not stress over it, nor did I give up.

In my short time as a photographer, one thing I’ve learned is that it is possible to make a stunning portrait in any situation as long as I have given myself something to work with. For example, it’s a common for me to take a picture of only the sky from that evening, or to take a photo of a great scene without the couple in it. Why do I do this? Because I know there is always the potential of me missing it and I want something to be able to work with later. I might get a great shot of the couple, but if I have to blow out the sky more than I would like to do so, I want something that I can have later to bring the sky back.

That’s exactly what I did on this wedding day. As we were walking back, I knew that was the sky I wanted, so I quickly set my camera to properly expose the sky, and took a few pictures I could work with later. Next came the barn. I had my assistant take the couple into the barn and get them set up and posed properly. While she was doing that, I set up in front of the barn with the widest angle lens I had and took a few photos at different exposures. Finally, the couple was upstairs and ready to go. It was too difficult because of the distance to try and tell my assistant to turn the flash power up or down from where she was, so I captured the couple at several different exposures with my camera to ensure I would have one to work with later. I knew, if nothing else, I had the detail that I would need to put something together for them that they would be happy with.

Honestly, when I began the process of combining this photo together I didn’t know that I had something great. I did manage to get the barn, the couple, and the sky exposed properly and in focus. But this is where you just let your creativity kick in and have fun. I picked the best exposure of all three shots and took them into Photoshop. Using a number of tools, I cut out and combined the three shots into one. I adjusted the color and the exposure of each shot, which was honestly the hardest part since the sun was almost gone for the picture of the barn and the couple. Finally, I cleaned up the details of the photo, added a few creative touches, and when I was finished I had something I was truly proud of.

Now could a better, more experienced photographer captured all of this in one photo, in just one attempt? Sure, I have no doubt. But that’s part of the photography journey. You do the absolute best that you can with what you have. And sometimes, to keep a bride and groom happy, to make sure you get the photo that they really want, and to really give them something great from their wedding day, you work with the time and ability that you have at that moment.

Here is the finished version of my barn picture:

It went on to win several photo competitions, was published in a magazine, and up to this point it is the photo that I am most well known for. Most importantly, it was delivered to an outstanding couple and it is one they will have to show off forever.

Learn how to clean up any environment in a few simple steps!

Check out more of Levi’s work at his website.

Levi Keplar is a wedding and portrait photographer based in the Wichita, KS area. He and his wife Katie are the co-owners of their studio, Katie & Levi Photography.