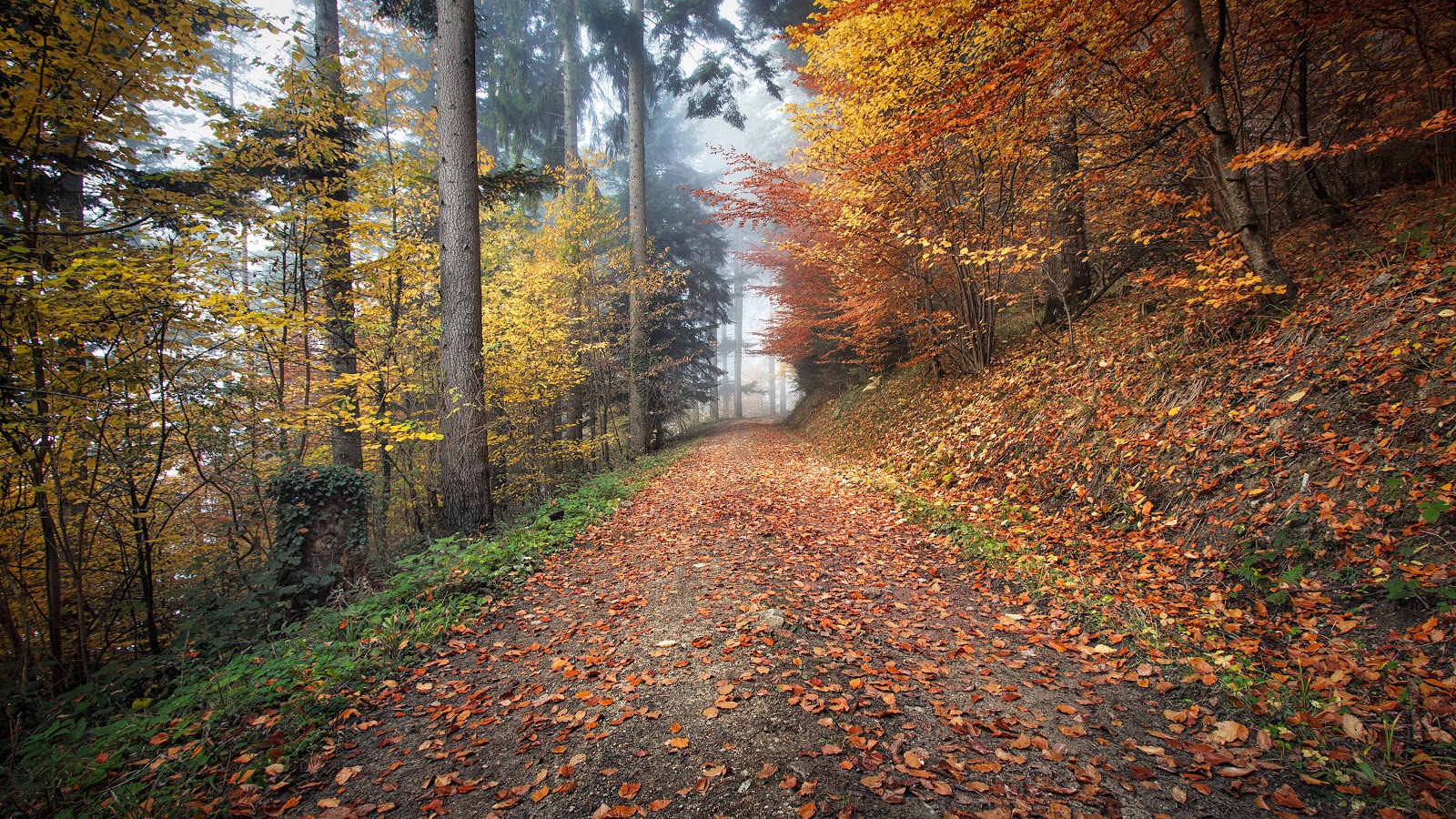 Ever noticed how some photos have that darkness creeping in around the edges, drawing your eye toward the middle of the image? You might have wondered if it was an accident or if the photographer did it on purpose, and how exactly it happened either way. The answers are as follows: maybe, possibly, and read this guide to find out.

The effect is called “vignetting” in the photography world, and it can happen several different ways. Use it effectively and it’s a powerful artistic tool. Botch it and you’re likely to be pegged as an amateur. The word is French in origin, dating back to the vine-like illustrations that sometimes used to run around the edge of a book page back in the 1800s. Like those illustrations, modern photographic vignetting is all about utilizing those often-forgotten edges of your image. In this guide, we’ll talk about the different causes of vignetting, why some of them are more desirable than others, and what to do about a vignette once you have one (whether you wanted it or not). 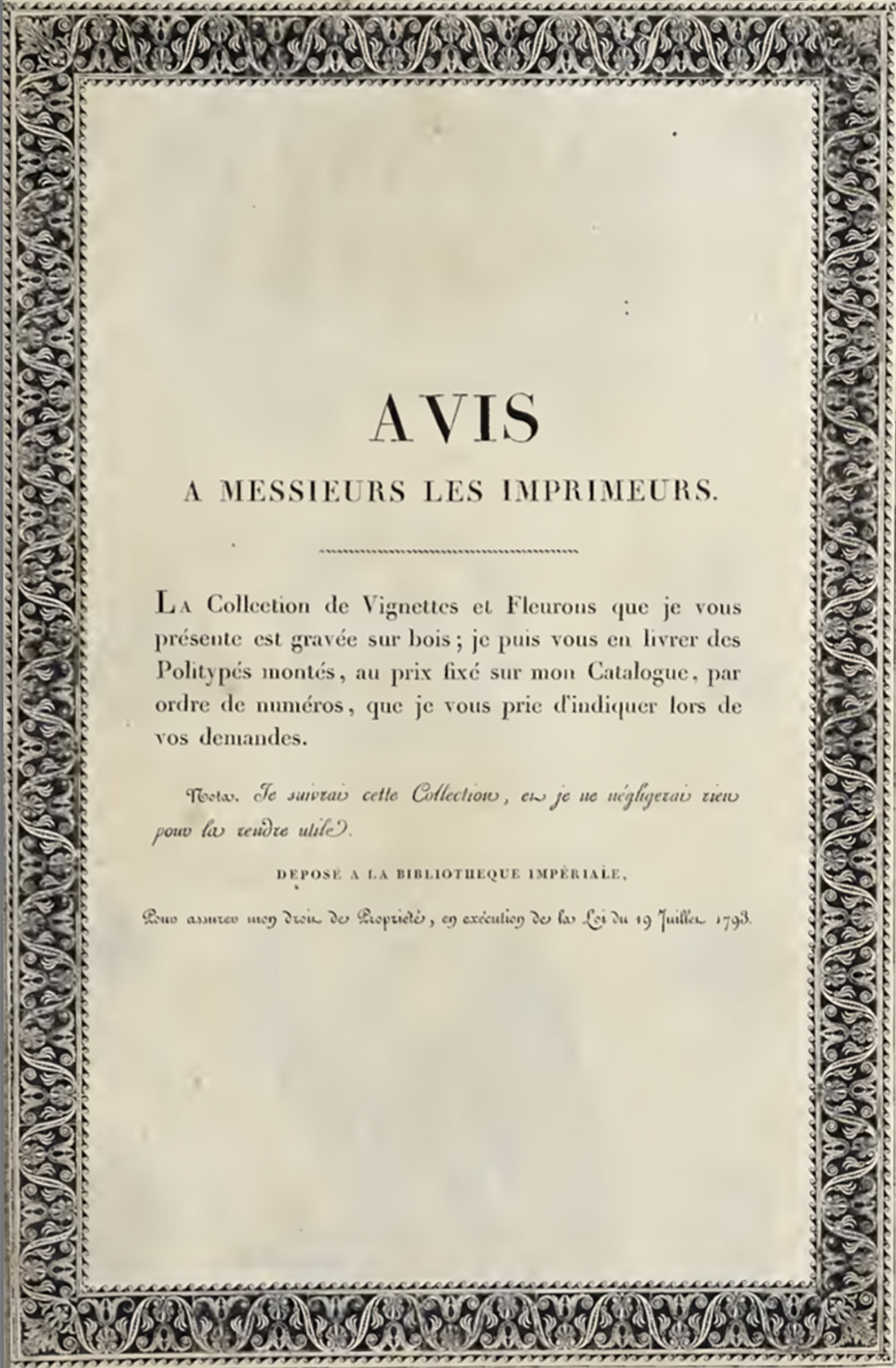 How Does Vignetting Happen?

You may already associate vignetting with photo filters you’ve used on an app or on social media, but sometimes the effect is born out of pure accident. Let’s look at a few types of vignetting you might see in your photography:

This is not an exhaustive list of ways vignetting can occur (and a lot of people have their own names for the processes we’ve just named) but at a certain point you begin splitting hairs. The main takeaway from this section is that vignetting can be caused by improper use of accessories, intentional use of post-processing techniques, and the way cameras work in general. The most important factor is how you use it.

If you’re using a petal-shaped lens hood and are seeing some mechanical vignetting, try turning the lens hood so that the largest petals are at the top and bottom of your lens, rather than angled diagonally so that they are visible in the corners. You may be able to place the petals out of the path of your lens rather than give up on that accessory altogether.

The Good, the Bad, and the Unphotogenic

How do you tell whether vignetting is enhancing your image or detracting from it? That’s largely a matter of opinion, but there are some guidelines you can remember when you evaluate the use of this effect in your work.

When Is Vignetting Useful?

One “good” use of vignetting is to mute distracting elements at the edge of your photo. Bright colors or strong linework could lead your eye right out of the image otherwise. In the same vein, you can use vignetting to draw attention to one portion of your image. Usually this will be the center, but you can get creative with an off-center vignette for a more creative composition, as you’ll see in the image below. This type of vignette is easiest to create in post-processing. 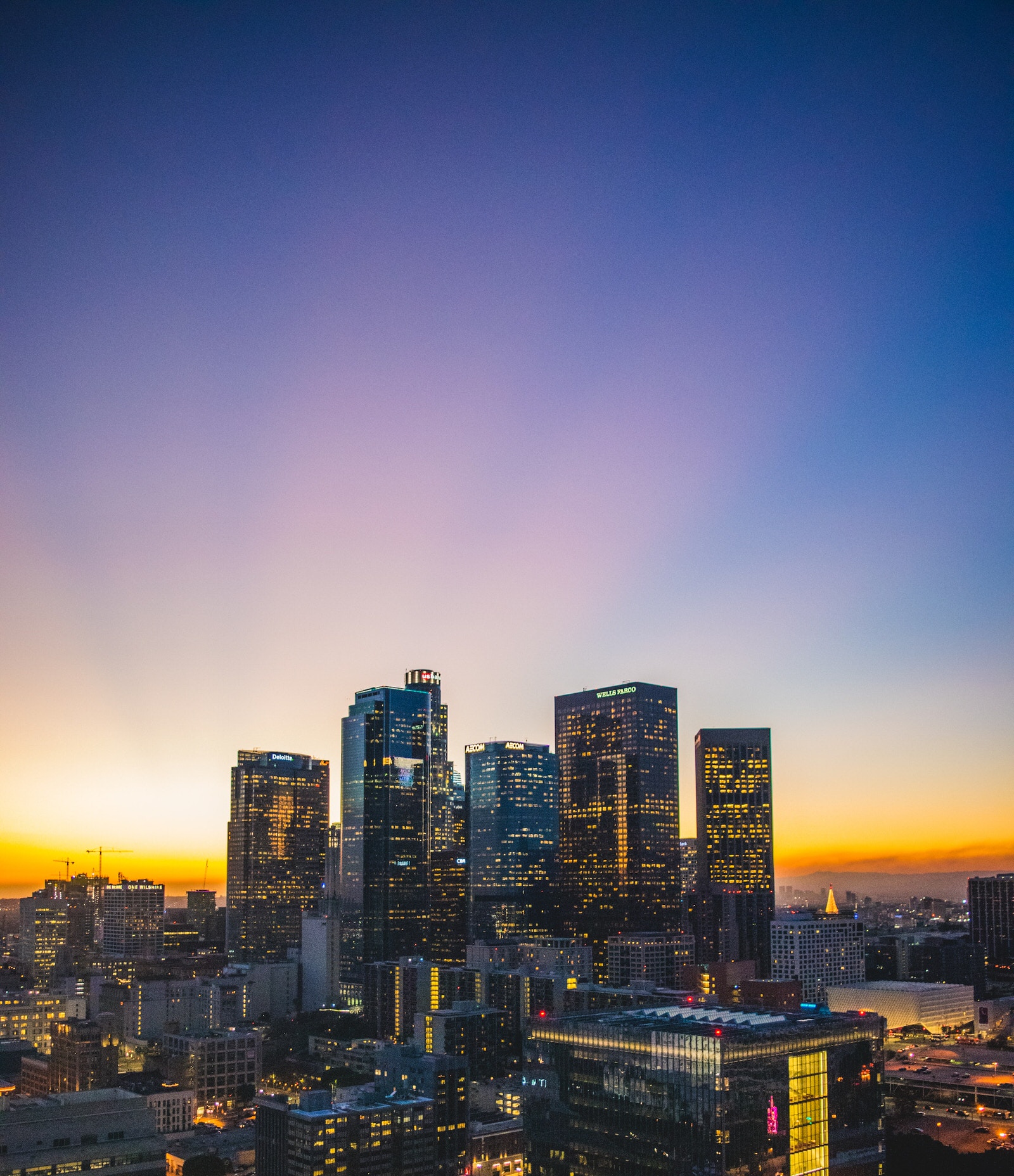 Photo by Shea Rouda on Unsplash

You may find after some experimentation that the best vignette is the one no one notices. A subtle effect that leads the eye without distracting from the composition will make the viewing experience a lot more organic. It’s like the difference between following step-by-step directions on your GPS and relaxing in the passenger seat. Your viewers’ eye should go where you want it to, but your viewers themselves shouldn’t have to put a lot of thought into it.

When Is It Ineffective?

Though some prefer a stronger vignette than others, most photographers can agree that a vignette that works against your composition is not a good use of that effect. If you’re not putting enough thought into your composition to be able to evaluate that, it’s time to start learning a little bit about how to compose your photographs effectively.

That’s not to say a vignette can never be a happy accident, but it’s good to be aware of the things that trigger vignetting in your setup so that you can plan for them. In most cases, a vignette that gives you a stark silhouette of your lens hood at the corners of your photo will not do your work any favors. Unless you have a very specific reason for using that type of vignetting, it will likely be perceived as a rookie mistake. Something like that can color your audience’s feelings toward the rest of your photography.

Let’s look at an example. None of the three images below are technically breaking any rules, but one is definitely working better than the others. The first image is consistently bright throughout, but because of that your eye gets a little lost in all the “sameness”. The second image is bordering on kitschy. The vignette is heavy-handed and obvious. It pushes your eye quickly down the snow-covered road and there’s kind of no going back at that point. In the last photo, you’ve got a subtle, feathered darkening at the edges that gently leads your gaze down the road, allowing you to linger on everything else in the composition as you go. Bingo.

Photo by Pigoff PhotographY on Unsplash

Vignetting is like everything else in the photographic arts: subjective. You’re unlikely to find one specific way to use it that will please everyone. But now that you understand it, you can learn to harness it in your photography. Regardless of personal preferences, other photographers will usually be able to recognize when you’ve used an effect thoughtfully and intentionally, and should respect that even if they don’t particularly care for how it turned out.

How Do We Get It When We Want It?

In the field, it all really boils down to experimentation. That’s one reason it’s a good idea to rent equipment before committing to it; every lens, camera, and filter has its own quirks. If you notice that a particular lens gives you a pleasing vignette, write down the settings that worked for you. Stopping up or down, zooming, and the angle you are shooting at can all affect the amount and quality of the vignetting you get from it.

In post-processing, the sky really is the limit. For a straightforward, hassle-free vignette, go down to the Lens Corrections section in the Develop panel of Adobe Lightroom. There are two foolproof sliders – one for the amount of the effect you get and one to set a midpoint that determines how far into the image your vignette will reach. You can also feather a large brush and paint your vignette on to increase blacks/shadows and decrease whites/highlights at the edges of your photo. 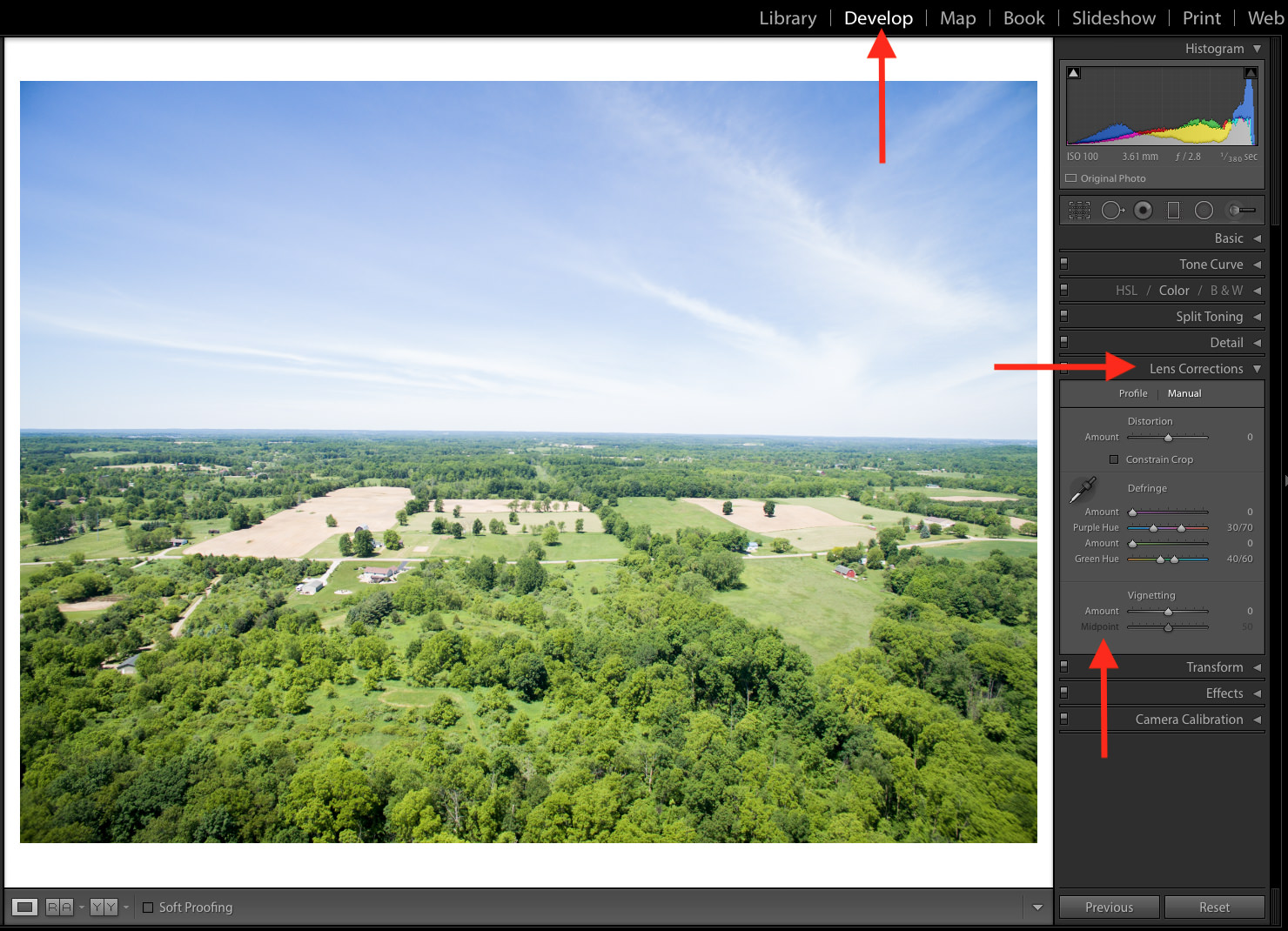 You can also add a radial filter and lower the sliders on only the elements you want to affect. This method gives you a little more control once you start to feel comfortable with adding vignettes.

There are actually a couple of ways to add a vignette in Photoshop. Under the Effects section in Camera Raw, you can control the amount, midpoint, roundness, feathering, and highlights in the effect with a series of sliders. 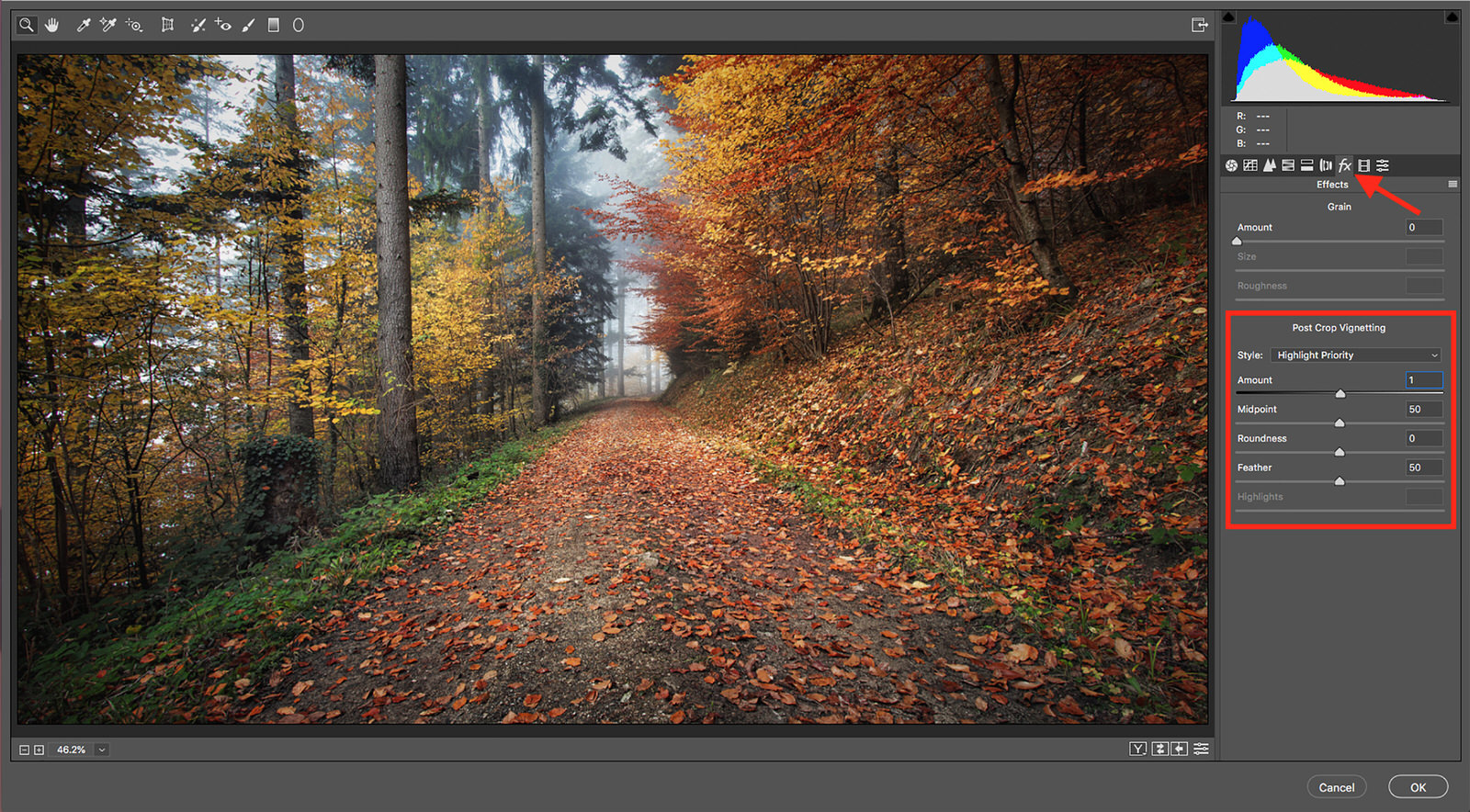 For more control, fill a layer with solid black and add a layer mask. Use Command + I (Ctrl + I for Windows) to invert your mask, then use a feathered white brush to paint your vignette on where desired. Try different blend modes to see which one works most naturally with your image or get creative with different solid colors. This is great for off-center vignettes!

You can use the same masking technique with adjustment layers like Levels and Curves to affect the dynamic range of your vignetted areas in different ways. This is a good solution if you just want to tone down the highlights without punching up the blacks (or vice-versa).

How Do We Avoid It When We Don’t Want It?

Mechanical vignetting isn’t terribly hard to avoid. It’s simply a matter of using only accessories that are made specifically for your camera/lens model. Of course, there is a price tag that goes along with that solution.

Vignetting from the lens itself is usually most dramatic from wide-angle lenses and wide open apertures. This can be minimized by stopping down (increasing your f-number) and choosing your lens wisely in the field. Your lens may have known issues that can be offset by settings in your camera, but be aware that these settings will probably be ignored by your editing software if you are shooting in RAW.

Pixel vignetting is caused by the angle of the light that’s hitting your sensor, so changing your f-number isn’t going to help you much. The only way to really control this is to change your angle, but if your composition is dependent on your camera staying put, a little post-processing should manage this pretty well for you.

How Do We Get Rid of It Once We’ve Got It?

If you shoot in RAW and were disappointed to hear that your in-camera lens corrections would be ignored by Photoshop, perk up. Both Lightroom and Photoshop (and a host of other editing softwares) have Lens Correction options that can manage the known eccentricities of your equipment. We discussed finding the Lens Corrections section in the Develop tab of Lightroom earlier. In Photoshop, go to Filter > Lens Correction. Your equipment info may show up in the metadata, but you can also enter it manually. 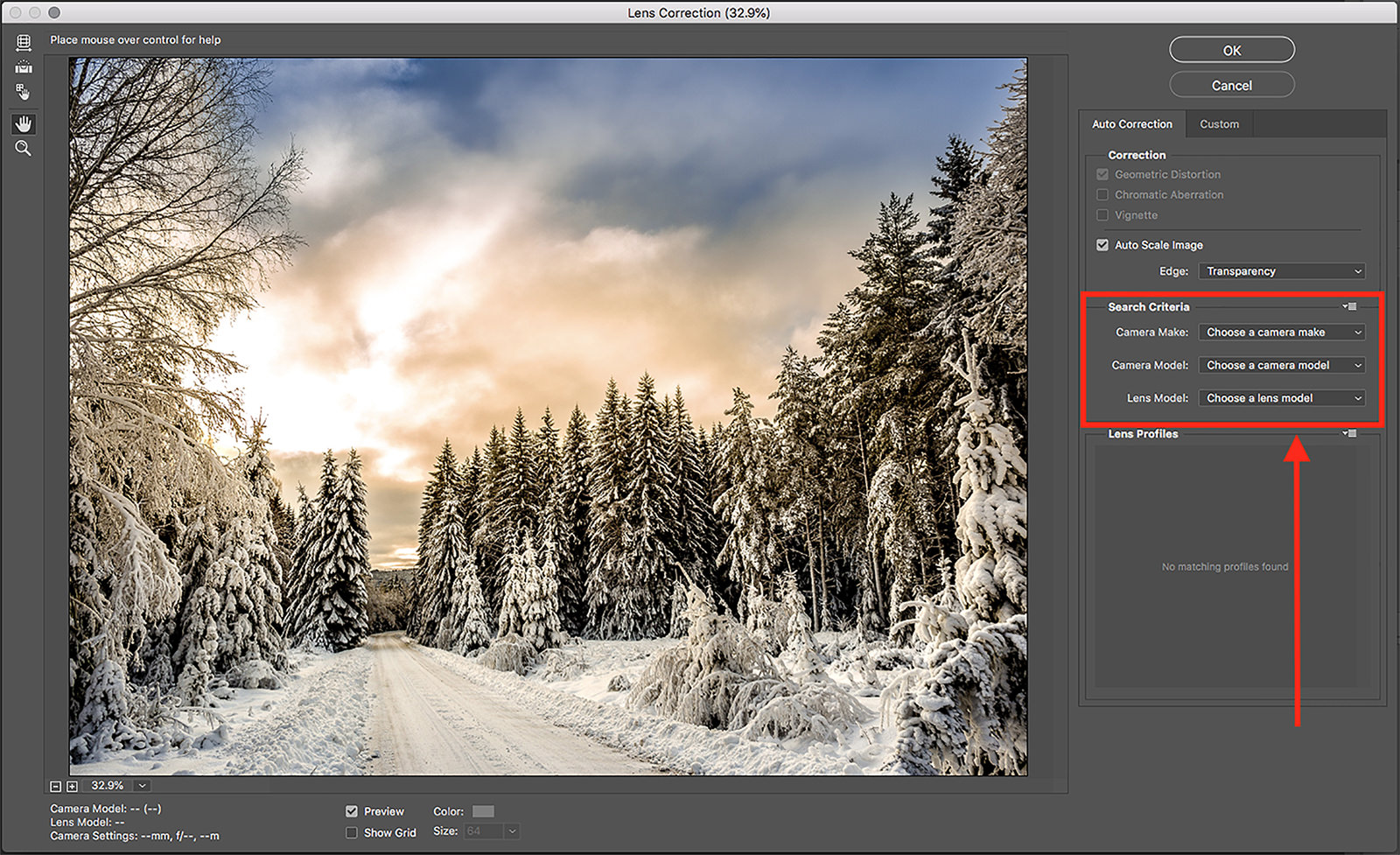 For harsh, tunnel-like vignettes caused by accessories, a good crop might be in order. If the effect extends so far into your image that you can’t crop it out completely without a considerable dip in quality, try cropping only some of it and reconstructing the remaining areas with a cloning or healing tool. If you know in advance that you’ll be shooting with an accessory that causes this problem, zoom out as far as you can to allow yourself plenty of cropping room in post.

Don’t forget that you can try to reverse a vignette using the same techniques you would use to create one. Masking with a lighter solid color layer or a brightened Levels/Curves adjustment layer can make a huge difference. You can also nudge the Amount slider toward the lighter side in the vignetting section of Lightroom or Camera Raw.

Try experimenting with solid colors besides black when you add vignetting with an adjustment layer mask. By using the Eyedropper (I) tool to select a color that blends with your composition and finding a darker version of that color in the Color Picker, you can integrate a vignette more seamlessly into your photo.

Vignetting is a useful compositional tool and an easy one to create. By understanding it and utilizing it thoughtfully, you’ll be able to subtly (or not-so-subtly) up your compositional game both in-camera and during the editing process. You can also avoid being surprised by it during a shoot! Most importantly, you now have the control to only allow quality, intentional vignetting to appear in your work.